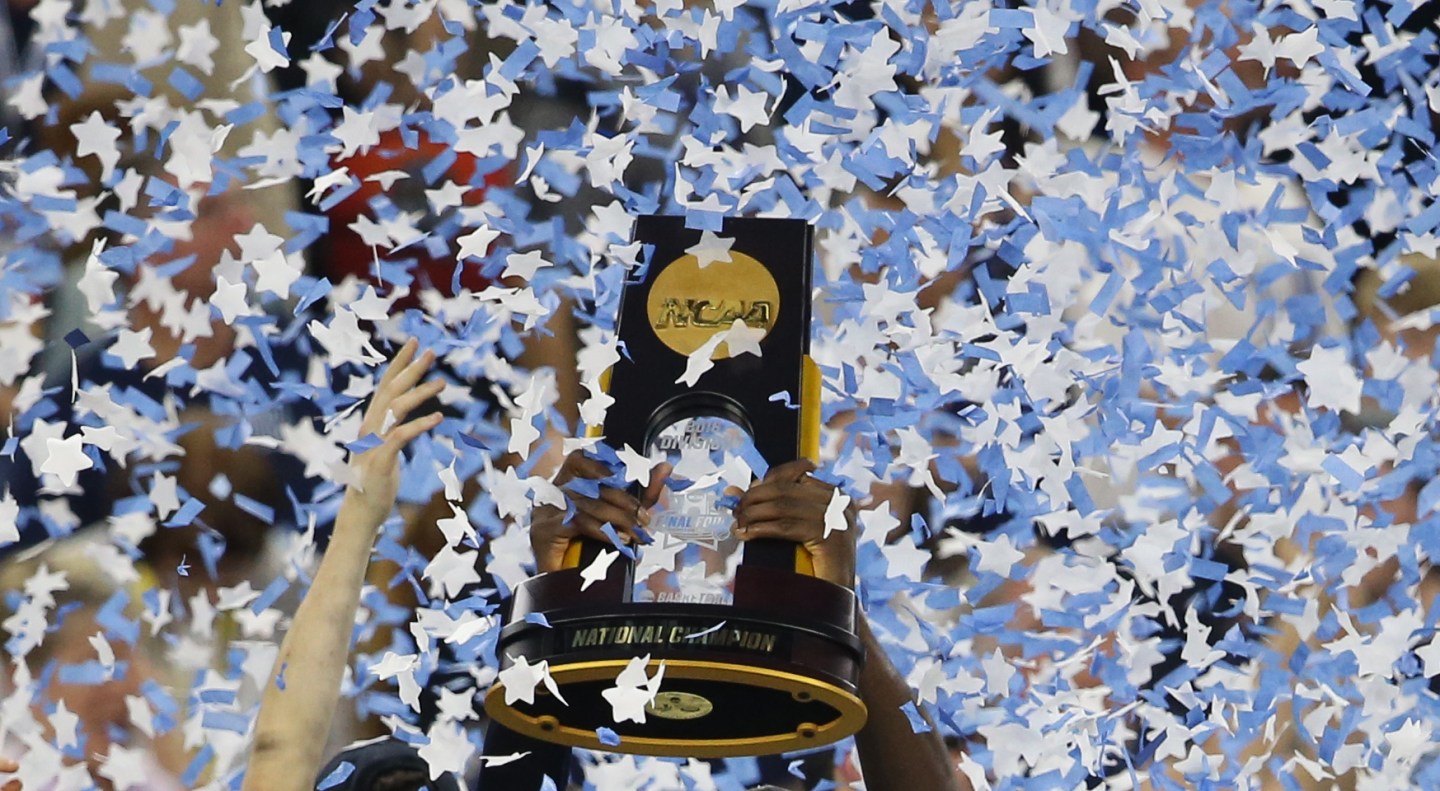 CBS Sports and Turner have locked up March Madness for the next 15 years.

The two media companies and the NCAA announced Tuesday an eight-year extension of the current multimedia rights agreement for the Division I Men’s Basketball Championship. The new contract extends the agreement through 2032 and gives both CBS and Turner the ability to air the games across any platform within their respective portfolios, including those to be created over the life of the agreement. The total rights fee for the extension is $8.8 billion, according to the partners. The groups had been engaged in a 14-year, $10.8 billion deal running through 2024. CBS Sports and Turner will continue to manage and collaborate on the NCAA’s corporate marketing program, and Turner will continue to manage March Madness Live and NCAA.com, along with major events surrounding NCAA championships, including the NCAA March Madness Fan Fest and Music Festival.

In an interview with SI.com on Tuesday, CBS Sports chairman Sean McManus said CBS and Turner officials started discussing an extension with the NCAA last summer. The current contract provided specific dates, called look-ins, when the partners could re-examine the existing deal.

“One of the most important elements of the deal was however people consume media in the year 2032, we have those rights along with Turner,” said McManus. “That’s whether through laptops, mobile phones, Apple TV, however people are consuming media. The deal we have now and the way it has worked for the first six years has exceeded our expectation. Any metric you look at, we have exceeded in the first six years.”

Turner president David Levy said the new deal would be financially profitable for all the partners because of the rights to extend the content to all platforms including direct to consumers.

“There are very few premium properties in the sports marketplace that can produce that kind of value that the NCAA tournament delivers,” said Levy. “There is no other event that captivates an entire nation for over three weeks and across all platforms—television, digital and social.”

Of course, this deal assumes the NCAA will be in place through 2032. It will be interesting to see whether any pending litigation impacts that.

“We kind of look at this [the tournament deal] almost as an endowment with one stock in the portfolio and it’s this tournament,” NCAA president Mark Emmert told SI. “Having a great partnership, having the ability to have it predictable and secure over the long run, is very important to all of our schools and students. It’s a great format for us. It works extremely well and we love the way the tournament showcases college athletics … The partnership which was an experiment six years ago is working really well and so it made great sense we could solidify in a way that worked financially with everyone.”

Under the new agreement, which was reported by Deadspin on April 5, all First Four, first- and second-round games will continue to be shown across TBS, CBS, TNT and truTV with Turner and CBS splitting coverage of the regional semifinals and regional finals each year. Live coverage of the Final Four national semifinals and national championship will continue to alternate between CBS and Turner each year, with CBS broadcasting the games in 2017 and TBS televising them in 2018.

“There is no plan to change the format; we like the structure where it is,” Levy said of alternating the title game each year. “And that’s in the new contract.”

“This event really centers around matchups, storylines and the competiveness of the games and I think you saw in the first couple of rounds some major upsets, bracketbusters,” Levy said. “Then you saw teams did not make the Elite Eight or Final Four like Duke, Kansas, Kentucky, Ohio State, Michigan, Michigan State, Louisville—just to name a few big brands that did not make the finals. Overall, the tournament was down. I think this was an anomaly year. If you looked at the quarter-hour ratings of the national championship game, you saw it build and you saw social talking about it. There was a huge buzz with 10 minutes left and those last two shots were amazing. Would we have liked to have better ratings this year? Absolutely. But from a financial basis, all of our advertisers were made whole from the tournament and this was the largest financial year we had.”

On the topic of the much-criticized CBS Selection Show, which delayed the complete brackets until 77 minutes into the show (the entire show had been just an hour in previous years), McManus said, “We haven’t had any specific discussions but I think we all agree it would serve all of us well including the fan to release the brackets in a little more timely manner.”