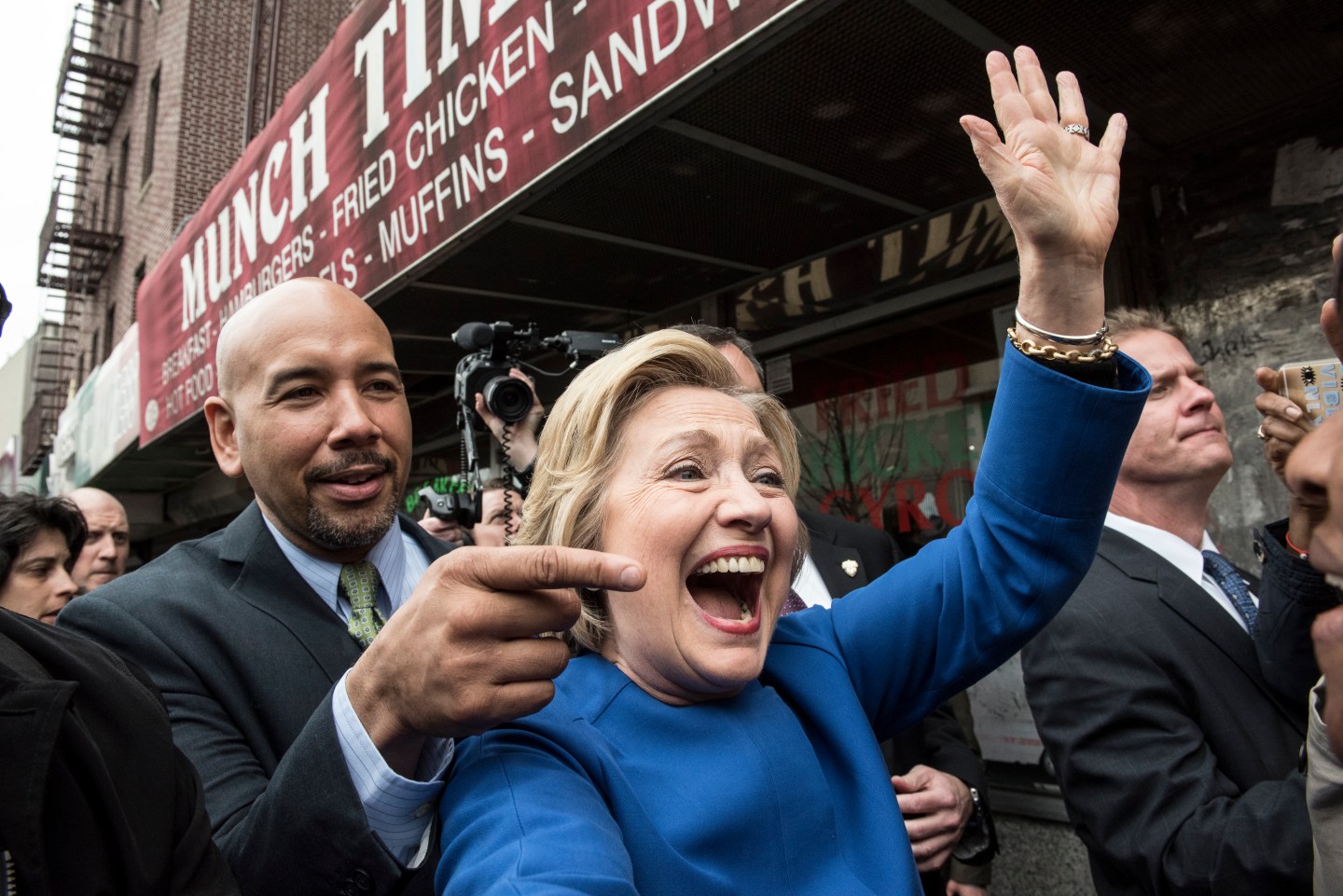 Donald Trump and Hillary Clinton both hold strong leads in New York, one week away from the state’s April 19 primary, according to a new poll.

An overwhelming 64% of respondents also said the Republican party should still nominate Trump if he wins the most delegates but fails to reach the 1,237 required for the nomination. By comparison, 28% said the party should nominate someone else if that happens, and 8% were unsure.

On the Democratic side, Clinton, who was a U.S. Senator from New York, has the support of 55% of likely Democratic primary voters, compared to Bernie Sanders’s 41%. The former secretary of state leads among African Americans and women, while the Vermont senator leads among people younger than 45 and people who describe themselves as “very liberal.”

Notably, 30% of likely Democratic voters who support Sanders said they would not support Clinton in a general election. Just 15% of Clinton supporters said the same about voting for Sanders.