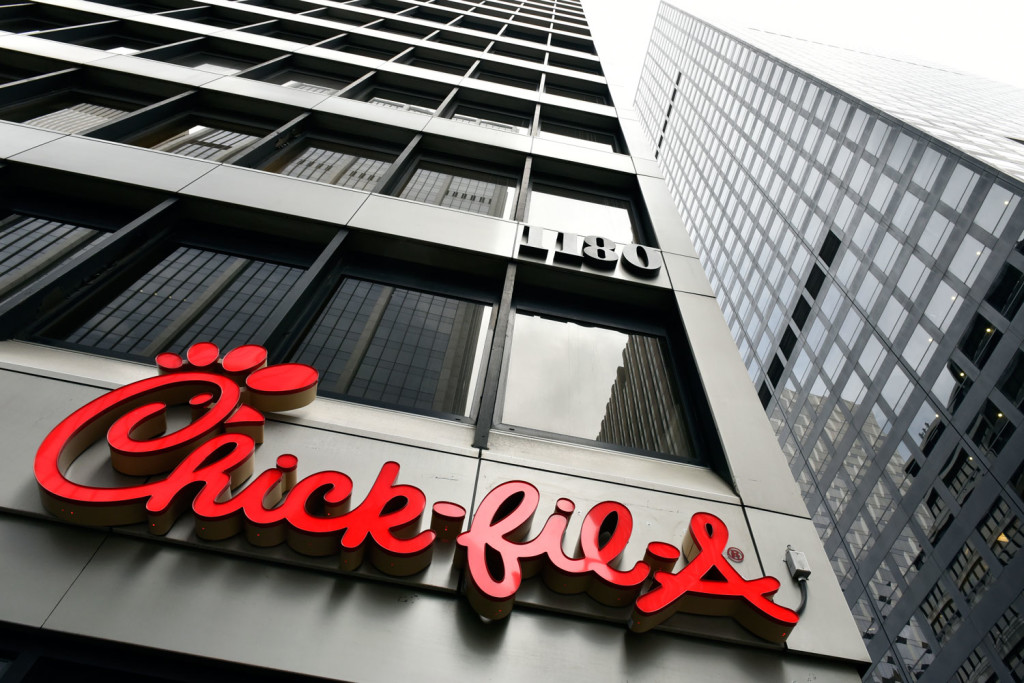 Fast growing fried chicken chain Chick-fil-A had barely opened its second outlet in New York City last week than it was already plotting a much wider expansion in a market it had long overlooked.

The company, which is now reportedly larger in U.S. sales volume than Yum Brands’ (YUM) KFC chain, told Fortune on Tuesday that it will open three to four additional locations in the greater New York City area this year, and then really ramp up with another 10 to 12 new restaurants in 2017.

Carrie Kurlander, vice president of public relations at Chick-fil-A, told Fortune that its maiden New York City restaurant, a location near the Empire State Building opened last year, is already one of the chain’s busiest and was expected to remain so. Last week, Chick-fil-A opened a second Manhattan restaurant in the Rockefeller Center area.

Though it took a long time for Chick-fil-A to tackle the New York market, its expansion there is but one piece of its aggressive expansion plans. This year, Chick-fil-A plans should add about 100 new restaurants all told, and focus on Northern and urban locations, a change for a company that historically has focused on the South and suburban markets. The chain operates some 2,ooo locations.

The expansion comes after a few hiccups for the company: late last year, its Chick-fil-A’s original location in Manhattan’s Herald Square faced a slew of health code violations such as a failure to keep cold food at a proper temperature and wiping cloths that were not properly sanitized. It reopened six days later after reportedly addressing those concerns. There were also questions last year about how hospitable New York would be given the comments critical of marriage equality a few years ago by company executives.

Chick-fil-A’s annual sales are around $6 billion.