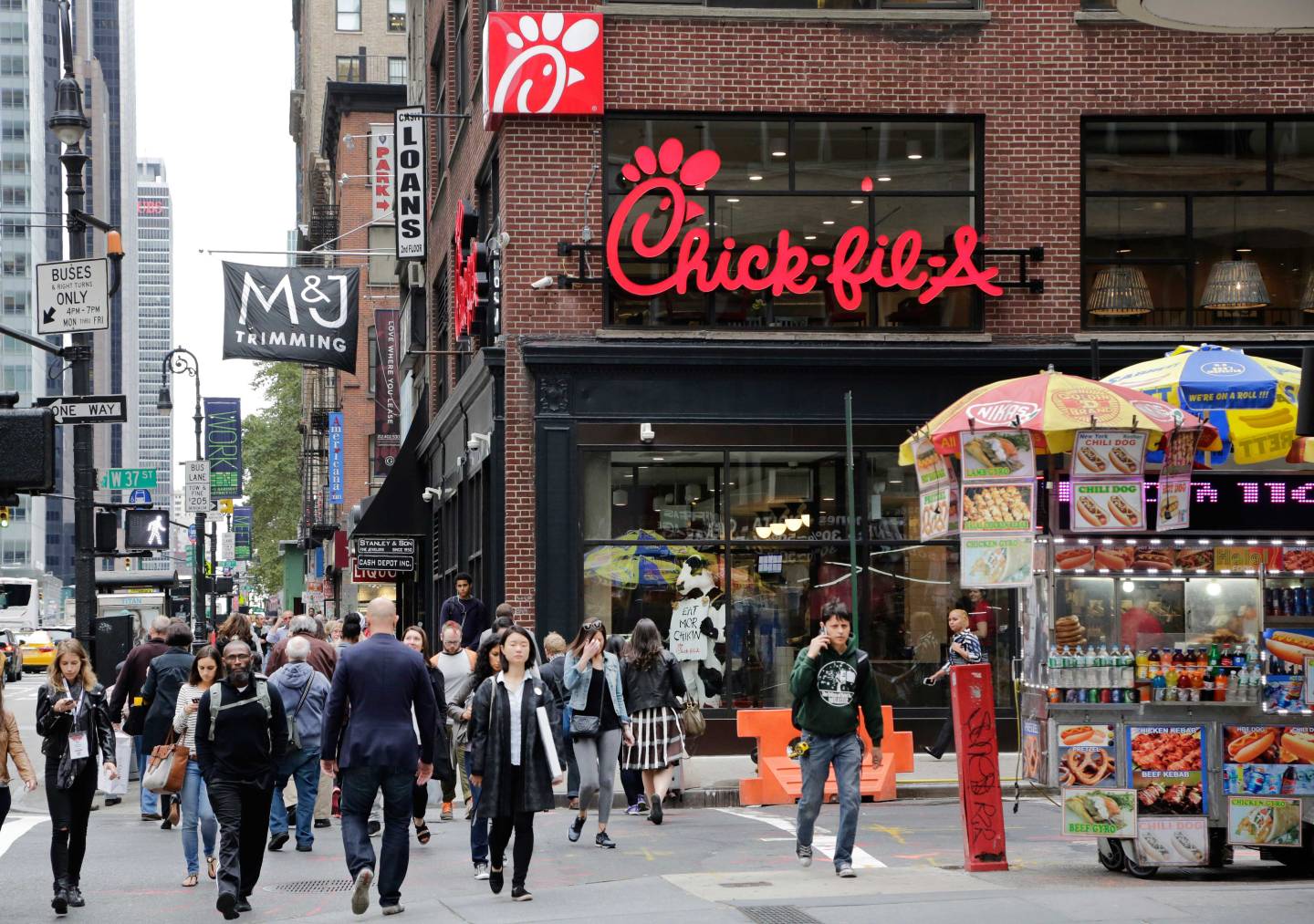 New York City residents have had to start 2016 without access to the city’s only Chick-fil-A.

The chicken sandwich restaurant chain’s first NYC location, which opened to much fanfare in Herald Square in October, temporarily closed last week after health officials reported multiple violations. A sign at the location initially told customers to expect the restaurant to reopen bright and early on Jan. 4, but the company issued a press release Monday morning announcing that the location remains temporarily shuttered.

“We do have a little more work to complete so we have made the decision to remain closed until we feel confident we are exceeding standards in all areas,” the company said in a press release concerning the New York City location.

The restaurant first closed its doors on Wednesday, Dec. 30, after NYC Department of Health officials cited the location for six health code violations following an inspection on Christmas Eve. The press release added: “We are taking these violations seriously and felt the decision to close was the right one, ensuring we could focus solely on correcting the issues reported,” which include a failure to keep cold food at a proper temperature, wiping cloths that were not properly sanitized. The violations, which can be found on the health department’s website, also include the presence of flies and the facility not being “vermin proof.”

No line outside Chick-fil-A in NYC. Sign says closed for maintenance. Some violations online, no reason for closure pic.twitter.com/1lnuOonvXG

The location’s closure was first reported by the New York Post. Fortune‘s phone call to the location in question was unanswered and a company spokeswoman would not offer a specific timetable for when the restaurant will reopen, only writing in an email that the company’s website will be updated as new information becomes available.

Despite some controversy over the political viewpoints of Chick-fil-A’s CEO, Dan Cathy, the arrival of the restaurant in New York City has been met with enthusiasm from customers who regularly form lines around the block to buy the famous chicken sandwiches. As Fortune has noted, the NYC location is the largest Chick-fil-A in the country at 5,000 square feet—a sign that the company expected to be well-received in the Big Apple.