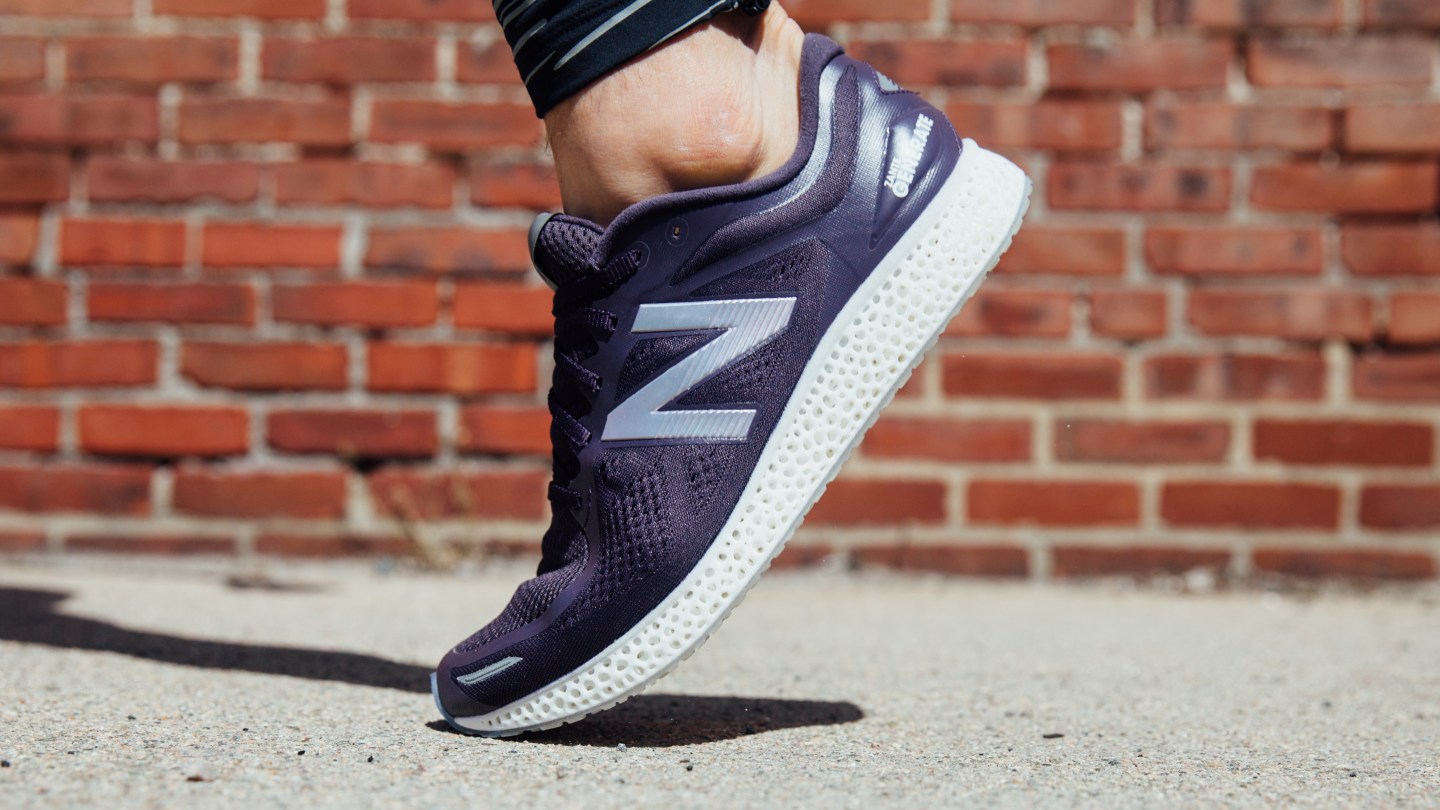 The shoe, which will retail for $400 a pair, is called the Zante Generate and will be sold in a very limited run beginning on Friday. Only 44 pairs will be sold at the New Balance Experience Store in Boston and online. That number of shoes was selected to mark the 44th anniversary of the sale of New Balance in 1972 to New Balance owner and Chairman Jim Davis.

The New Balance shoe features a 3D-printed midsole that used 3D Systems’ (DDD) selective laser sintering technology, a process that converts new powder material into solid cross-sections, layer by layer, using a laser. The midsole was manufactured in the U.S. and assembled at the New Balance factory in Lawrence, Mass.

“Our unique position as both a manufacturer and retailer allows us to bring the world’s first 3D printed running midsole to market,” New Balance President and CEO Robert DeMartini said in a statement.

Shoe makers, including Nike (NKE), Under Armour (UA) and Adidas, have disclosed plans to launch versions of their own 3D-printed shoes. In 3D printing, computerized machines layer material to create three-dimensional objects.

For all athletic-gear makers that are tinkering with the technology, it won’t yet result in massive sales. Most of the shoe production using 3D printing is highly limited – but also comes with very high price points. For example, Under Armour only aimed to sell 96 pairs of 3D shoes when it dipped its toes into the market last month. Adidas only targeted an initial run of 500 for this year.