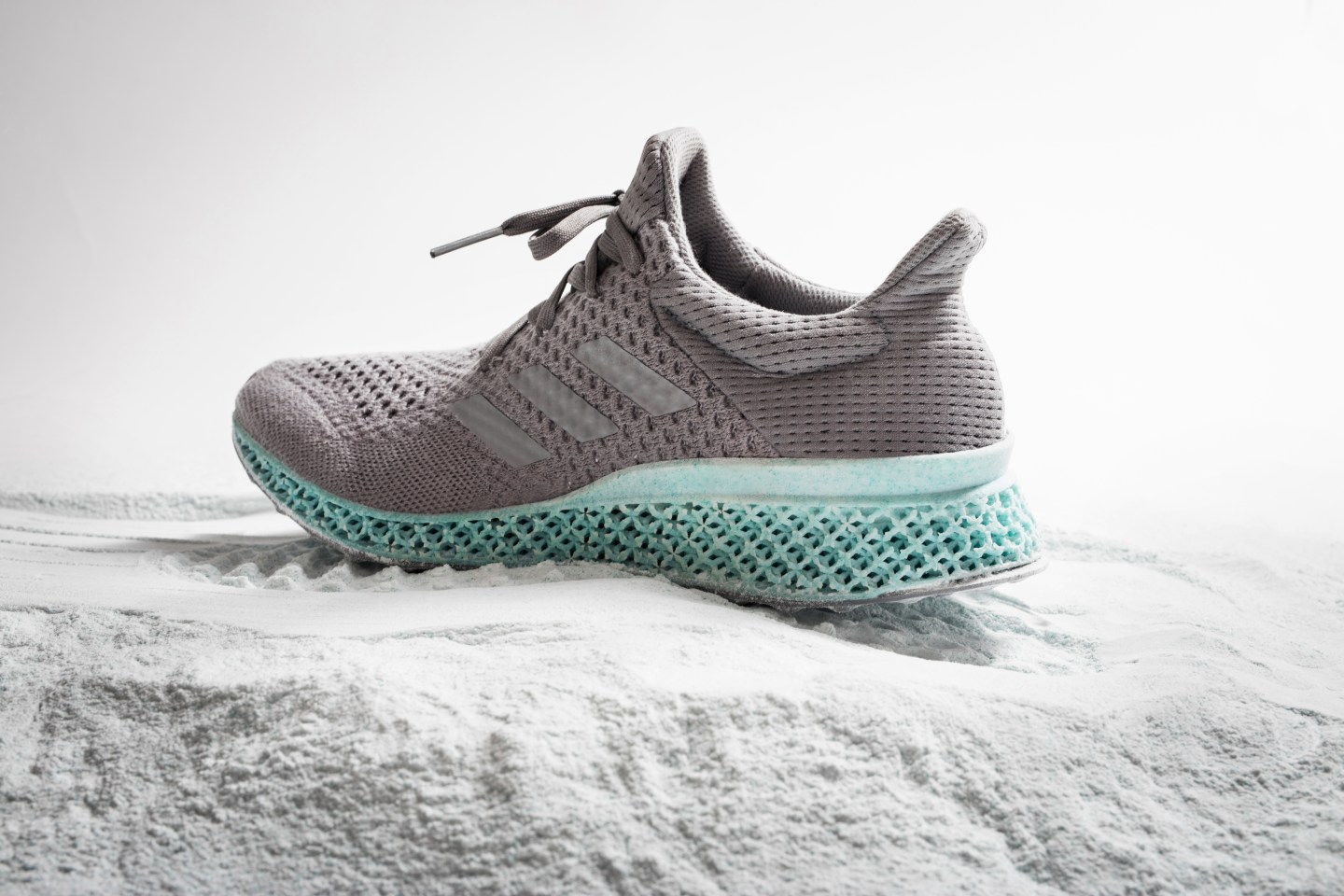 Adidas is making bets on emerging technologies, including 3D printing, to come up with new and potentially revolutionary ways to construct the shoes of the future.

The world’s second-largest athletic gear maker unveiled two key announcements this week that highlight how it plans to experiment with traditional shoe manufacturing.

At the 2015 Paris Climate Conference, the German company showed off a concept shoe that uses plastic materials found in the ocean and a midsole that is 3D-printed using recycled polyester. While Adidas cautions that this type of shoe isn’t guaranteed to hit retail shelves, it is hopeful it can use these sustainable materials for production down the road.

Another new process being tested is a robotic manufacturing pilot program in Germany, where Adidas constructed 500 pairs using automated production. The facility, which Adidas is calling Speedfactory, will ideally be used to create sporting goods at a faster pace than existing production plants. Next year, Adidas plans to sell 500 pairs that were built in that pilot program—with a higher production run expected soon after.

The 3D printing foray and manufacturing testing comes amid a backdrop of a sturdier performance in the critical U.S. market, where Adidas has been challenged in recent years as Nike (NKE) and Under Armour (UA) have scored market share gains.

Turning around the U.S. business became a top priority at Adidas, which wants to report double-digit sales growth in the region. To meet that goal, it first moved the designers and development team behind the running, basketball, and training categories from Europe to Portland, Ore., hoping to incorporate a more American perspective for the gear sold in the U.S.

Adidas also vowed to sign contracts with 500 athletes by 2020 to boost visibility, and a partnership with superstar rapper Kanye West has helped the brand become “cool” again.

American shoppers have taken notice of the changes. In the most recent quarter, sales in the North American market grew 6.5%. The Adidas brand posted impressive double-digit sales growth.

“The brand is significantly cooler than 12 months ago,” King said.

He called out a few early wins: the buzz generated from the partnership with West; success in the football cleats category; and strong demand for originals—the Adidas-adorned products that are a fashion play.

Running remains a challenging category. In the U.S., Adidas is weaker in running than it is in other Western markets, King admits. A new running platform will be unveiled next year to try to break into the category. Nike is by far the market leader in that market, while specialty shoemakers like Asics and Brooks perform well with serious runners. Adidas commands a slim market share—even ceding some of the market to casual shoe maker Sketchers (SKX).

King was tapped to fix the struggling North American market in June 2014. But because athletic gear takes at least 18 months from the point of conception before it reaches store shelves, gear designed and developed under King’s leadership really won’t be in front of consumers until 2016.

“All of the retailers are excited about the direction we are going in,” King said. “Our retail customers have been waiting for us to become more aggressive and find ways to grow their business.” He conceded that Adidas hasn’t done that in the past, but it has a more aggressive playbook today.