This Ancient Chinese Text Is the Manual for Business Disruptors 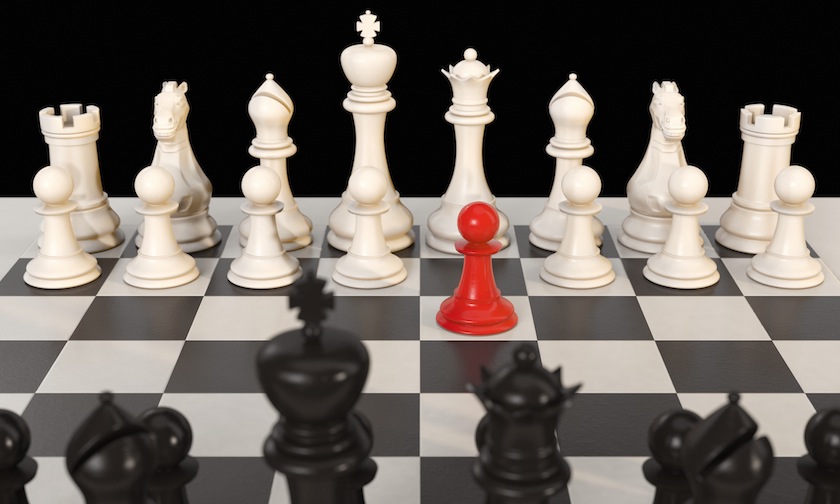 When disruption became the rallying cry for innovators a decade ago, they seized on ancient work of Chinese philosophy to prove their point. In Sun-Tzu’s Art of War, a new class of business disrupters claimed to have found the original manual.

They were right about ancient Chinese philosophy, but wrong about the manual.

As it turns out, another text from China, the Laozi, actually offers a much more expansive—and revolutionary—vision of innovation. Like the Art of War, the Laozi is a 2000-year-old text full of inscrutable and aphoristic sound bites. It too teaches how the seemingly weaker can defeat the more powerful. But that is where the similarities end.

The Art of War says that victory comes to a general—read, a business leader—who avoids following conventional strategies and instead uses surprising tactics to unsettle a seemingly dominant opponent: David wielding his humble slingshot against a clueless, stodgy Goliath. But it assumes that the disrupter has to take into account things like the actual terrain on which he is fighting and that he must treat his adversary as stable and unchanging.

The Laozi, by contrast, questions the very idea that we should try to come up with innovative strategies within a defined, predictable arena, whether that is the battlefield or dinner table, the boardroom or the steel industry. Instead, the Laozi assumes a world in constant flux and motion.

In most situations, including the most mundane daily interactions, we tend to assume stability. Our pugnacious and abrasive coworker is, by and large, always pugnacious and abrasive. We might change how we approach him at times—trying out a more assertive demeanor to see if that works against him. Or we might try the approach the Art of War advocates, and act in a softer way to try to neutralize him.

But the Laozi diverges from both of these approaches completely. It doesn’t focus on the relationship between two potential opponents. It focuses instead on the big picture—on what it would take to change the situation altogether so that the result would be that we wouldn’t have to deal with a pugnacious colleague at all. The key lies in understanding one basic idea: although we tend to think of things as stable because that makes them easier to grasp, every situation that ever arises actually results from interactions between sets of constantly shifting, interweaving worlds.

We mostly react to other people, and they to us: we get dispirited by someone’s unexpected frown or we feel energy from sharing a laugh. We also react to things that we assume are stable—like, say, an airless room with no window. Is it any surprise that we emerge from it feeling cranky, a mood that becomes the undercurrent to a disastrous phone call later that day with an important client?

That’s why innovation in Laozian terms doesn’t come from seeing a given situation—a landscape, a relationship, an industry—as unchanging, and then coming up with a fresh tactic within that stable situation to neutralize an opponent.

Instead, Laozian innovation comes from an awareness that if everything is composed of moving parts, subtle actions allow one to alter or even make the world into something new. And Laozian innovators see this happening so seamlessly that the new order quickly becomes taken for granted.

This kind of innovator acts according to wu-wei, or the principle of non-action: seeming not to act while actually directing everything. These innovators may be active and even overtly powerful. They can even be in positions of considerable power. But what makes them Laozian is that while they look as though they are directing something, it’s not what we think they are directing.

No one today questions the right to news information 24 hours a day. But a few short decades ago this was, of course, unimaginable. Ted Turner changed all that. He didn’t just use developing technologies to challenge the networks and their hold on the news. He changed the world they were operating in, by changing the assumptions behind it. He created a new one that crushed the idea that the news belonged to a few TV channels and a few hours of the day, and thus helped pave the way for the day when everyone can assume news is delivered instantly and around the clock.

Amazon, too, began with a classic disruption move: using new technology (the internet and a website) to disrupt a book industry based upon physical bookstores. But instead of enjoying the profitability that could result from such a classic strategy, Bezos kept moving into industry after industry, often at great and seemingly foolish financial cost.

Though it may have appeared that he was simply disrupting more industries, his real subversive move was to create a new world altogether, where Amazon would simply become the first place anyone would ever go for anything. Bezos did not disrupt the book industry or even several industries. He created a new world where those industries became less relevant because a large amount of shopping would now be done through this one website.

It’s that we don’t realize that we are entering these new worlds created by others that makes them so powerful. Think of one well-known example—the introduction of the iPhone, which brought down the Palm Pilot, practically annihilated the Blackberry, and went on to become the go-to product in the smartphone industry. Even though Clayton Christensen, the creator of disruption theory, incorrectly predicted that the iPhone would be a failure, he argued later that his mistake had not been due to a flaw in the theory itself, but to his having failed to recognize that the iPhone was disrupting the laptop industry, not the smartphone industry as he’d originally assumed.

As it turns out, the iPhone did not disrupt the laptop industry. Most of us happily use both a laptop and an iPhone. It did not really disrupt the smartphone industry either. What it really did, in Laozian terms, was generate an entirely new world, one in which we now take for granted that personal computers should always be by our side. In fact, when touchscreen technologies were being developed in Silicon Valley, Jobs could have gone the tablet route. Indeed, a touchscreen tablet would have disrupted a laptop industry constrained by the burdensome shape required to accommodate a keyboard.

But Jobs decided to use the new technology on a phone, which from the perspective of disruption theory looked unwise, since everyone already owned one. In Laozian terms, Jobs created a new world simply through completely reinventing a daily object we already used and carried around all the time. As we used this “phone,” we slowly began to take it for granted that we would always have a personal computer within our palm at any given moment. This didn’t disrupt Nokia or Blackberry; it simply rendered their products irrelevant. Thereafter, competition with an iPhone wouldn’t come from a Palm Pilot; it would come from an Android, which was operating within this new world; a world we now take as natural.

That’s why those who aspire to innovate are better off seeing the world through a Laozian, not Sunzian, lens. If life is like a game of chess, Sunzians concentrate all their effort towards winning in a situation in which the board, the pieces, and the opponent are immutable. Laozian innovators know the chessboard can be tipped over at any moment. So they shift to another game entirely without anyone even realizing what is being changed.

Michael Puett and Christine Gross-Loh are the authors of The Path: What Chinese Philosophers Can Teach Us about the Good Life (Simon & Schuster, 2016)