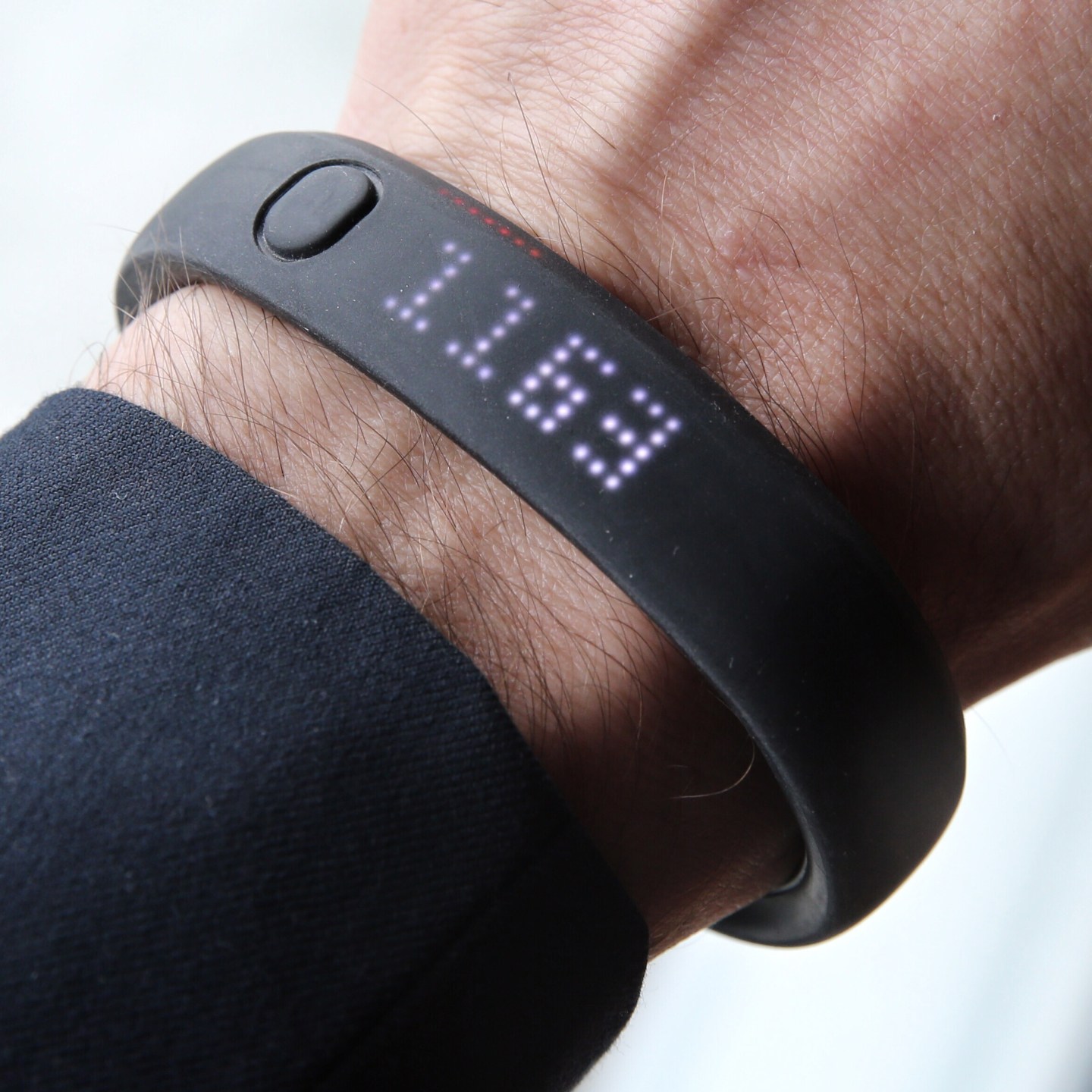 The Nike FuelBand SE on the wrist of a young man. Nike is reportedly axing its Fuelband, for other evolving digital priorities
Photograph by Neilson Barnard — Getty Images

Platform businesses are disrupting the traditional business landscape in a number of ways—not only by displacing some of the world’s biggest firms, but also by transforming familiar business processes like value creation and consumer behavior and altering the structure of major industries.

And if they hope to fight the forces of platform disruption, entrenched companies need to reevaluate their business models. They’ll need to scrutinize what they spend on marketing, sales, product delivery, and customer service and imagine how those costs might be reduced or eliminated in a more seamlessly connected world. They’ll need to examine the individuals and organizations they interact with, and envision new ways of networking them to create new forms of value.

Nike has proven to be one of the most intelligent incumbent companies seeking new ways to survive and thrive in the world of platforms. Some of the competitive steps they’ve taken may seem obvious. They aren’t.

Platform Revolution: How Networked Markets Are Transforming the Economy—And How to Make Them Work for YouCover image courtesy of W. W. Norton & Company, Inc.

Pipeline businesses like Nike (NKE) have traditionally scaled in one of two ways. Some expand by vertical integration, owning and integrating a greater length of the value-creation-and-delivery pipeline—for example, buying upstream suppliers or downstream distributors. Others expand by widening the pipeline to push more value through it. When consumer goods companies grow by creating new products and brands, it’s an example of horizontal integration.

In January 2012, Nike brought out a wearable technology device, the FuelBand, to track user fitness activities, including steps walked and calories burned. Like many other companies, Nike has also been developing apps—in this case, apps related to sports and fitness. While these might seem like traditional product-line extensions, Nike is actually testing an approach that, if successful, will lead to a new form of growth—one pioneered by platform businesses like Apple.

Over the last decade, Apple (AAPL)has grown in part by connecting its products and services to one another in the cloud. The ability to sync contents and data over iTunes and iCloud makes the ownership of multiple Apple products particularly valuable, and much more useful than, say, the ownership of multiple products from Sony or Toshiba. Data acts as an integration glue to make all these products and services perform in concert.

This leads to a new form of growth. When multiple products and services connect and interact using data, pipelines can start behaving like platforms, producing new forms of value and encouraging users to engage in more interactions.

Nike’s FuelBand-connected shoes and mobile apps they constantly interact, providing users with information and advice about their athletic performance, their fitness regime, and their health goals. Unlike a traditional sporting goods company, Nike is building an ecosystem of users using the data it captures about them. Over time, it can leverage this data to create more relevant experiences for its users and connect them with one another to enable valuable interactions.

Under Armour (UA)has been moving quickly to build its own fitness ecosystem. In November 2013, it purchased MapMyFitness, a leading workout and exercise tracking platform. In February 2015, it followed up by buying two more fitness platforms—MyFitnessPal, which focuses on nutrition, and Endomondo, a “trainer in your pocket” that mainly serves consumers in Europe. The total purchase price for the three companies: a hefty $710 million. “What’s really astounding,” one analyst commented, “is that none of the companies acquired make actual devices. Instead, everything is about platform and data. And—more importantly—users.” The three acquisitions boast 130 million platform users. Like Nike, Under Armour sees that the future of its industry is platform-based, and it is determined to be a disruptor.

Can any product or service become the basis of a platform business? Here’s the test: If the firm can use either information or community to add value to what it sells, then there is potential for creating a viable platform. This creates huge opportunities for a lot of firms.

Consider McCormick Foods, a 126-year-old company that sells herbs, spices, and condiments. By 2010, the company’s traditional growth strategies had run their course. McCormick (MCCORMICK)had already expanded into a full range of food seasonings and established a foothold up and down its supply chain. It was running out of growth options. CIO Jerry Wolfe heard about Nike’s move into platform-building. Could McCormick do the same?

Wolfe reached out to Barry Wacksman, a partner at R/GA, a leading New York design firm that had helped Nike design its platform. Together, they hit on the idea of using recipes and taste profiles to build a food-based platform. Wolfe and Wacksman used McCormick’s taste laboratories to distill three dozen flavor archetypes— such as minty, citrus, floral, garlicky, meaty—that can be used to describe almost any recipe. Based on personal preferences, the system can predict what new recipes an individual is likely to savor. And the McCormick platform community can modify recipes and upload the new versions, creating ever-expanding flavor options and helping to identify new food trends, generating information that’s useful not only to the platform’s users but also to managers of grocery stores, food manufacturers, and restaurateurs.

The ability to leverage platforms is no longer restricted to Internet upstarts. Nor is the incumbent’s response restricted to merely attempting to fight back, or trying, usually in vain, to build a copycat platform after their industry has been colonized.

The leaders of incumbent companies who understand the new business model can begin building tomorrow’s platforms in a way that not only leverages their existing assets, but strengthens and reinforces them.