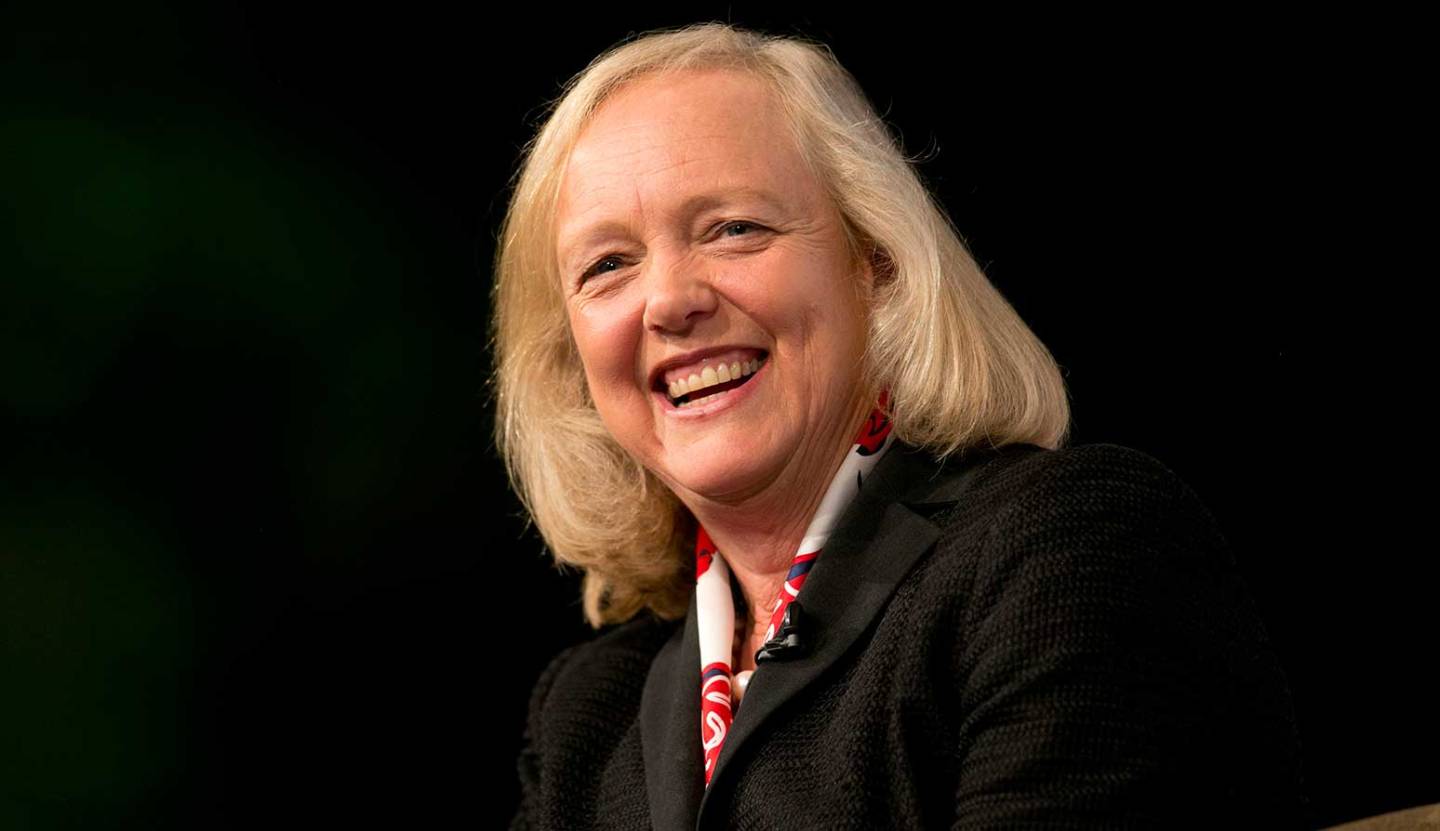 Here’s what Whitman said about IBM’s Watson efforts in an interview with NetworkWorld:

Listen, they’re doing some very interesting things. They’re buying healthcare companies and stuff, but listen, our Vertica platform is remarkable as is our Haven OnDemand platform. I put us up against Watson every day of the week here. We’re in a lot of customers where actually from a Watson perspective it’s not as far along in terms of real-world applications as you might imagine from the advertising.

It’s not surprising that a tech exec would downplay a rival’s offering, but Whitman’s comments echo what others, including prospective customers, have told Fortune privately over the last few months, vis-à-vis, Watson. They acknowledge there are germs of greatness, but Watson is still not a product or finished service that customers can install and use without a lot of time-consuming services.

In an emailed statement, an IBM spokesman said Watson is “acknowledged as the most advanced artificial intelligence platform” and that organizations including Memorial Sloan-Kettering, Medtronic (MDT), SoftBank and SwissRe are using the technology across many industries.

Still it appears IBM (IBM) realizes it has to do more to bring Watson to the masses as a product, not a technology.

For one thing, Big Blue named former Weather Co. chief executive David Kenny, a respected veteran of Digitas and Akamai (AKAM), as general manager of its Watson Business unit. When he assumed that role in January, Kenny told Fortune that a big part of his mission is to make Watson “more productized and repeatable.”

For more on IBM’s evolution, watch:

Kenny also noted that, contrary to popular belief, IBM already makes money on Watson. That could be, but if it is, IBM isn’t saying how much. At the annual IBM analyst meeting in January, IBM chief executive Virginia Rometty vowed to be more transparent about the company’s financial results—except when it comes to Watson.

“We are building an era, a platform, an industry, and making a market with it. We have competitors who don’t disclose for a decade, [so] I’m going to protect it and nurture it—we will disclose eventually,” Rometty said.