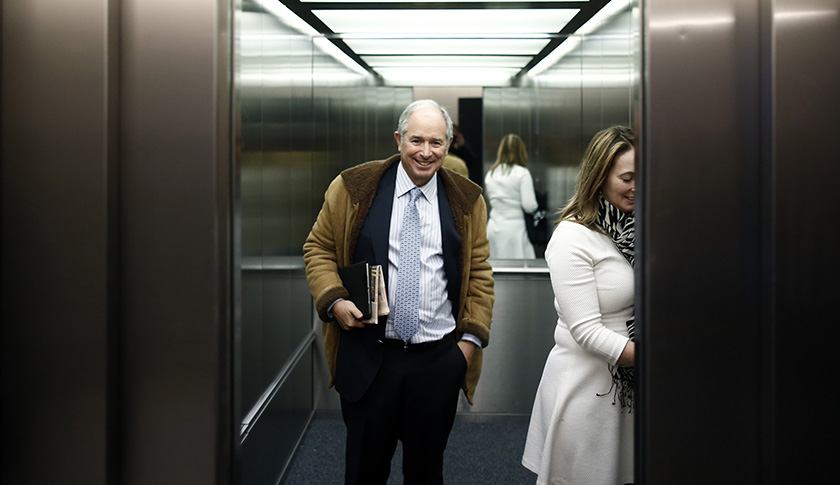 Perhaps it wasn’t such a great idea to give average investors access to hedge funds.

Three years ago, Blackstone Group, the private equity firm run by billionaire Stephen Schwarzman, launched the Blackstone Alternative Multi-Manager Fund with some fanfare. The fund promised to give access to more average investors—you need to cough up $2,500 to get in—to hedge funds, which at the time where still seen as the magical investment vehicle of the 1%. Fidelity Investments, the Boston-based mutual fund giant, placed nearly $1 billion of clients’ money the Blackstone fund.

At around the same, Goldman Sachs launched a fund that allowed investors with as little as $1,000 to get into hedge funds.

It’s pretty clear Wall Street’s timing couldn’t have been worse. In the past three years, hedge funds—the so-called smart money—have averaged returns of just under 5% a year. That’s far worse than the stock market in general, which has been up an average of 16% over the past three years. And this is not something new. You have to go all the way back to 2009 to get to a year where the average hedge fund beat the market.

As a result, more and more, institutional investors have been pulling assets out of the hedge funds in the past months. Pension funds such as the Illinois State Board of Investments cut a chunk of its hedge fund stake in March, citing high fees and weak performance according to the Wall Street Journal. American International Group also cut half of its hedge fund portfolio in February.

On Thursday, Blackstone announced it was closing up the Blackstone Alternative Multi-Manager Fund, though the firm said the fund had outpaced the broader hedge fund industry over this same period, based on the HFRX Global Hedge Fund Index.

Blackstone’s hand was pushed. In March, it appears Fidelity, which remained the fund’s main backer until recently, called it quits on the fund, pulling most of its investors’ money out. The fund itself actually had a decent year in 2015, rising nearly 4%. But things haven’t gone as well for the fund this year, which dropped nearly 2% in January alone.

By the end of March, Blackstone (BX) Alternative Multi-Manager fund touted $631.2 million in assets, down from $1.2 billion at the end of February. It was advised by nearly a dozen hedge funds, including Wellington Management, Two Sigma Advisors, and HealthCor Management.

The Blackstone’s fund will be liquidated by May 31. A separate fund using the same strategies, the Blackstone Alternative Multi-Strategy Fund however, has grown to about $4.3 billion since its launch in June, and “has experienced significant demand across a broad investor base,” Blackstone said in a statement.

Alternative investment firms like Blackstone and Carlyle Group, which are relatively exclusive, have been seeking to broaden their client base—something that mutual funds, which cater to retail consumers, have. Although given the weak returns hedge funds as a whole have shown this year, retail consumers might not want to buy in.

Like hedge funds, funds of funds, those with a portfolio of other investment funds, have performed badly this year. Funds of funds have fallen 2.52% year to date, down from the 0.23% decline in 2015 according to Hedge Fund Research.

This article has been updated to reflect comments from Blackstone.