The Case For Why Disney Should Buy Netflix 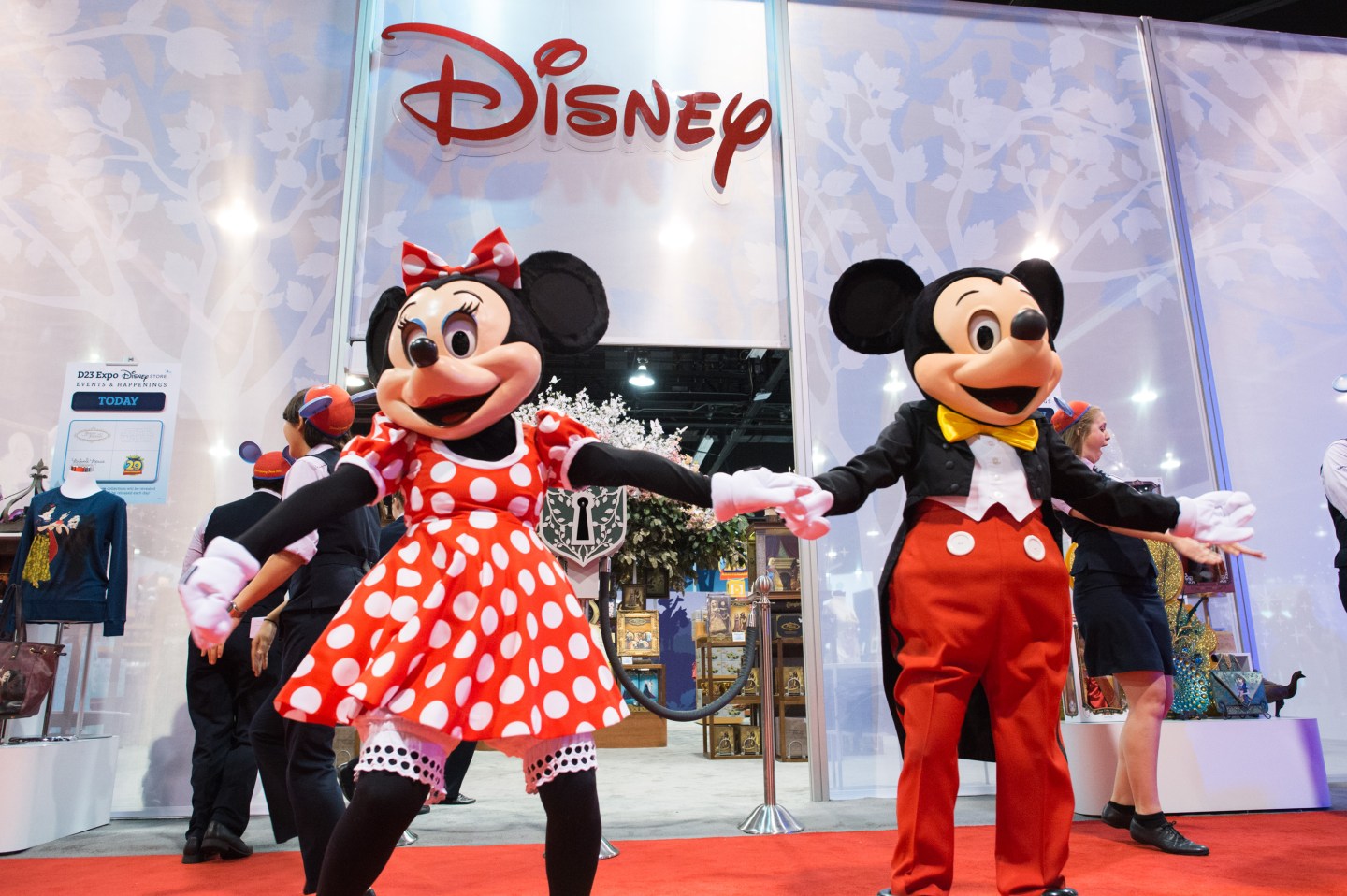 In the past year, Walt Disney (DIS), a company that sells itself on magic and nostalgia, has struggled with some very real problems.

The entertainment conglomerate has grappled with falling ESPN viewership—the largest division within its cable networks—as consumers turn away from bundled channels and flee to the world of on-demand streaming. The company lost 7 million viewers by the end of fiscal year 2015, worrying investors and dragging its stock down. The bad news continued flowing when, earlier this week, heir apparent and Chief Operating Officer, Thomas Staggs left the company.

So what is to be done?

Some have suggested that Disney strengthen their partnerships with Amazon or Dish. CEO Bob Iger has also hinted that ESPN might create a stronger direct to consumer platform—though none of those plans have fully materialized.

But according to one investment firm, BTIG, there is another fix-all answer: the house of mouse should buy Netflix.

In a Friday note, BTIG analyst Richard Greenfield noted that Netflix and Disney already have an ongoing, symbiotic relationship. BTIG has a “sell” rating on Disney’s stock.

“Netflix is already a great friend of Disney, in fact, Iger has repeatedly acknowledged how they are in part responsible for Netflix’s success. Disney continues to sell more and more content to Netflix spanning movies and television series, while at the same time struggling to get their own direct-to-consumer content business off-the-ground in the UK,” Greenfield wrote. “Buying Netflix is an awfully expensive acquire, but it could be Disney’s only hope.”

For Netflix, the exchange means the younger company also would breach the “live” TV space and gain a well-established film studio. And for Disney, the company would be snapping up a company that already understands and has the infrastructure to grow its direct-to-consumer streaming model.

Netflix (NFLX) might also have the answer to the loss of Staggs: Netflix CEO Reed Hastings. A man who is “visionary,” said Greenfield. Meanwhile, Disney watchers have been wondering if anyone could replace their larger-than-life CEO, Iger. BTIG also noted that yes, Netflix is expensive, with a $45 billion market cap and enterprise value against Disney’s $157 billion market cap and $167 billion enterprise value. With those valuations, it’s unlikely Netflix will sell below $100 billion.

Not all analysts on the street feel so bearish about Disney or its ability to turn ESPN around.

RBC’s Steven Cahall sent out a Friday note saying that they would keep an eye on ESPN’s subscription figures, giving Disney’s stock a “market perform rating.”

“We note that Disney has plenty of offsets, such as cash deployment and structurally higher Studio earnings,” he wrote. “We thus think ESPN sub loss is worth keeping an eye on, but should not be viewed as a structural impediment to owning the shares.”