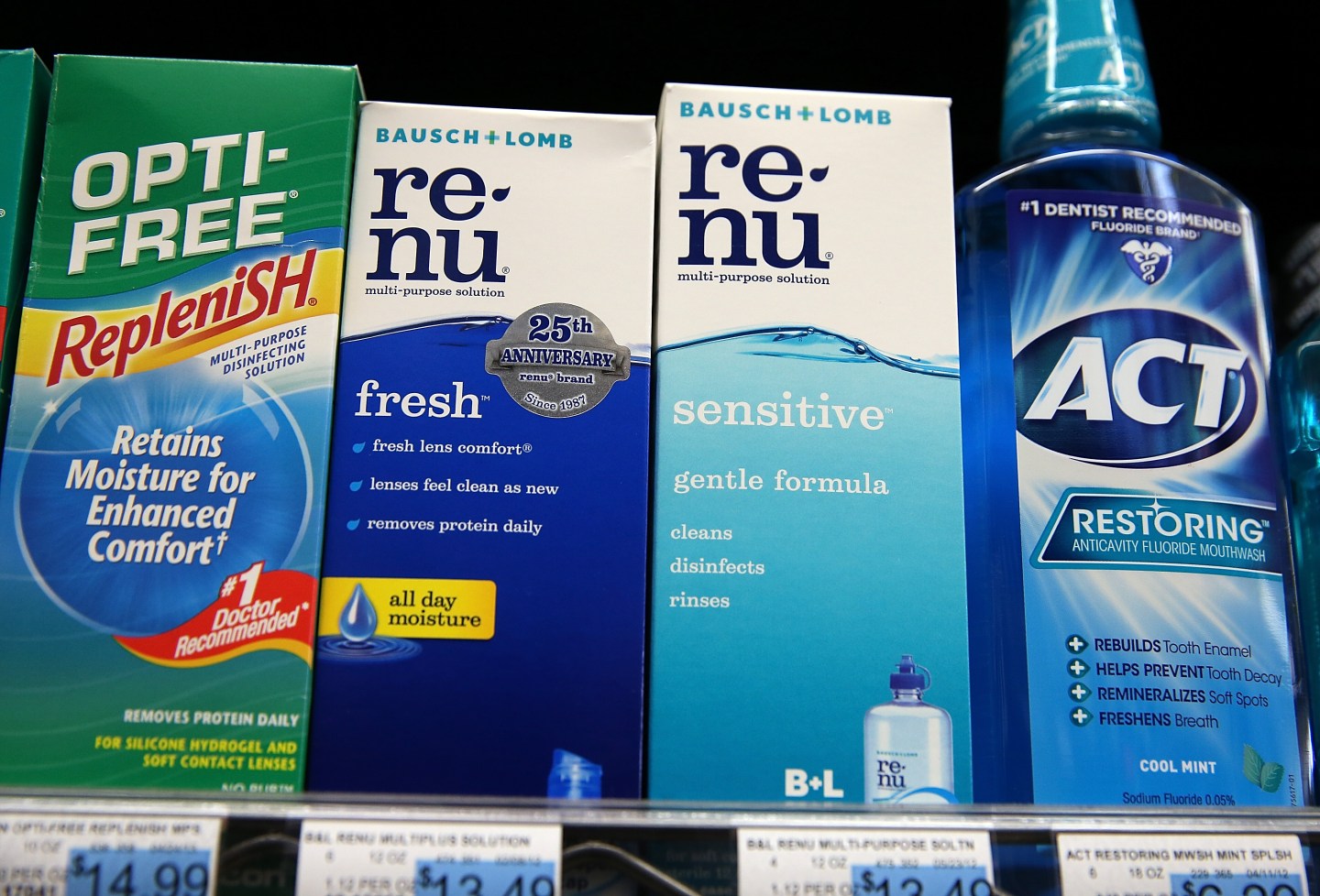 Bill Ackman says he’s willing to break up Valeant. But he’s already showing resistance to one idea that could nearly double the company’s value to $20 billion—or perhaps much more.

Since the troubled drugmaker said last month that it would sell off non-core assets to pay down its debt, investors have been speculating on which businesses it might put up for auction. Unfortunately, one of Valeant’s best assets appears to be off the table. Ackman said Valeant (VRX) won’t sell one of its most valuable assets, its contact lens and eye care business Bausch & Lomb. Ackman recently joined Valeant’s board, promising to take a bigger activist role in the company.

“We’re only considering selling non-core assets,” Ackman told CNBC, comments he confirmed with Fortune via a spokesperson for his firm Pershing Square. Bausch & Lomb, on the other hand, is a “core asset” for Valeant, he said.

Other Valeant investors should notice the “we.” When Ackman has taken control of other companies in the past—for example retailer J.C. Penney (JCP)—it hasn’t always turned out well. And Ackman’s reluctance to sell Bausch & Lomb might be a sign that Ackman’s time at Valeant could be heading down the same path.

For Valeant, Bausch & Lomb does seem like a good asset to have. Since buying the company in 2013, Valeant has been able to greatly expand its eye health portfolio, which has been growing by double-digit percentages thanks to the acquisition and an aging population. And as part of Valeant, Bausch & Lomb does seem to have been more profitable. Valeant was able to cut $900 million in costs out of the eye care business. What’s more, it has been one of the most stable and least controversial parts of Valeant, generating anywhere from 10% to almost 40% of the company’s revenue, Wall Street analysts estimate. (Valeant doesn’t disclose a revenue breakdown.)

But for a hedge fund activist like Ackman, refusing to sell Bausch & Lomb not only runs counter to his activist peers’ oldest trick in the book—when a company underperforms, break it up to unlock value in its various pieces—it also could cost him and other shareholders billions of dollars in potential returns.

Indeed, what’s clear is that Bausch & Lomb, which Valeant acquired for $8.7 billion in 2013, isn’t being fully valued inside Valeant, which after dropping 81% in the past six months is valued at just $11.5 billion. And that’s for the whole company.

Of Valeant’s various parts, Stifel analyst Annabel Samimy thinks the Bausch & Lomb opthalmology business alone could command the highest premium as a standalone entity: An enterprise value of 14 times EBITDA, amounting to nearly $6.8 billion. But opthalmology is just one division of Bausch & Lomb—so that total doesn’t even count the other parts of Bausch & Lomb that have been spread among Valeant’s various segments, such as contact lens solution (counted in the consumer category) and generics (neurology).

Factor in those divisions as well, and selling off Bausch & Lomb in its entirety seems even more compelling. All told, Bausch & Lomb’s assets—using the 14x valuation multiple—could be worth as much as a whopping $20 billion. Samimy tells Fortune she landed on that figure after crunching the numbers for a new analysis that will be published in a forthcoming research report. That means that Bausch & Lomb alone could be worth nearly twice Valeant’s current market value, and it only represents a fraction of Valeant’s overall revenue. Plus, if Valeant managed to sell Bausch & Lomb for the full $20 billion, it could use the proceeds to pay down about two-thirds of its roughly $30 billion in debt, likely improving Valeant’s credit rating, and allowing the pharma company to dramatically lower its debt costs.

Samimy has in the past assigned a “break-up value” to Valeant of $65 per share, but that’s before she factored in much of the new $20 billion value that she now thinks Bausch & Lomb is worth. BMO Capital Markets analyst Alex Arfaei, meanwhile, estimates that the sum of Valeant’s parts equates to a stock price of $118 per share. That’s a 247% jump from the $34 at which Valeant’s shares are trading now. If Ackman has a plan to boost the value of Valeant as is 247%, he hasn’t revealed it.

Ackman has already stated that the next CEO should be someone who relishes a challenge, but he might be making that challenge even harder.