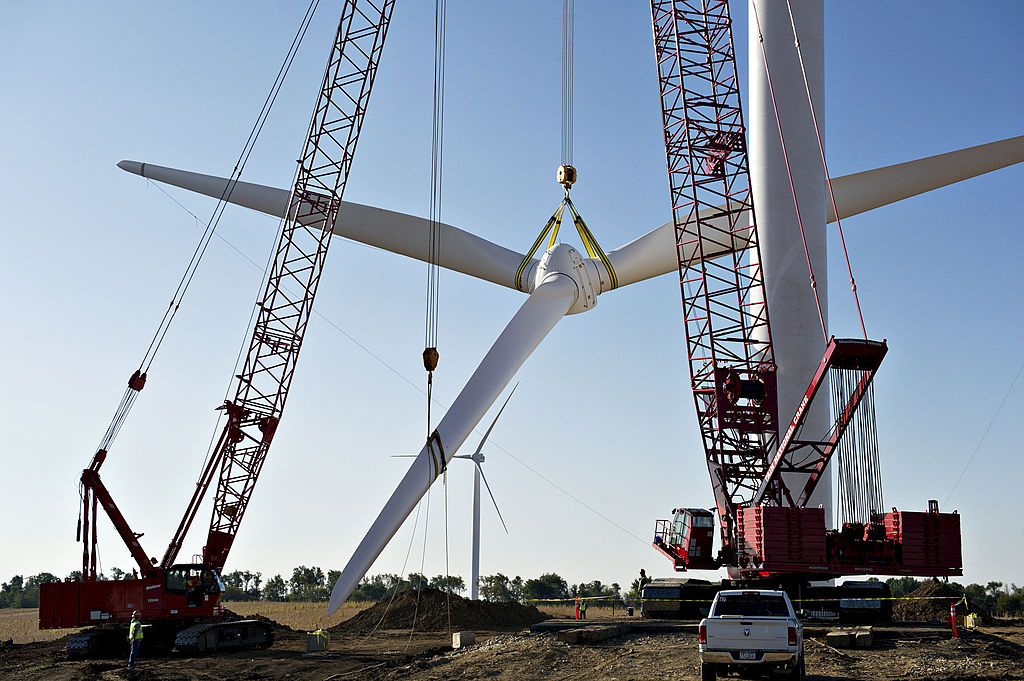 States like California and Massachusetts lead the list of places in the U.S. where the “clean economy” has made the fastest strides, with big public and private projects in solar power, wind power, and energy efficiency. But what coastal denizens call the flyover states are catching up fast.

The Midwest has created about 569,000 green jobs in the past few years, according to a new report from national nonprofit organization Environmental Entrepreneurs (E2) and Chicago-based Clean Energy Trust. What’s more, in the next 12 months, the rate of Midwestern job growth in environment-friendly enterprises is projected to outpace U.S. employment growth overall.

The study defines the Midwest as 12 states: Indiana, Illinois, Iowa, Kansas, Michigan, Minnesota, Missouri, North Dakota, Nebraska, Ohio, South Dakota, and Wisconsin. Illinois, Ohio, and Michigan so far have the most green jobs. Across the region, about 70,000 people work in renewable energy, including 31,000 in solar and 27,000 in wind power. More than 64,000 Midwesterners work in what the study calls “advanced transportation” (hybrid and electric cars, for instance), with another 7,000 employed in manufacturing clean fuels.

Those businesses are expanding. In the next 12 months, green employers plan to add about 25,000 new jobs, a growth rate of about 4.4% — versus the Bureau of Labor Statistics’ projected annual employment growth rate of just 0.5% for the U.S. job market as a whole in the decade ahead.

A tip for green job seekers: Think small. At the moment, more than three-quarters of clean-energy workers are employed by firms with fewer than 50 employees.

Many of those companies are startups that have built on the Midwest’s manufacturing base, including dipping into a ready-made labor pool of workers displaced when factory jobs moved overseas. In 2004, for instance, Maytag shuttered its refrigerator plant in Galesburg, Ill. (pop.: 32,000) and laid off about 1,500 people. One of them was Tammy Caves, a longtime Maytag employee who now leads a product-testing team at Intellihot, a six-year-old manufacturer of energy-efficient water heaters.

To many of the Midwesterners who spoke with E2’s research team, helping to save the planet is fine, but giving people a chance to get back to work is even better. Paul Golphin, for instance, is a press operator at Talan Products in Cleveland. He makes stamped-steel components for solar panel systems. Most people he comes across don’t know or care much about the clean-energy industry, Golphin says, but they do care that companies like Talan are “providing jobs — and that’s an impact that people can really feel.”