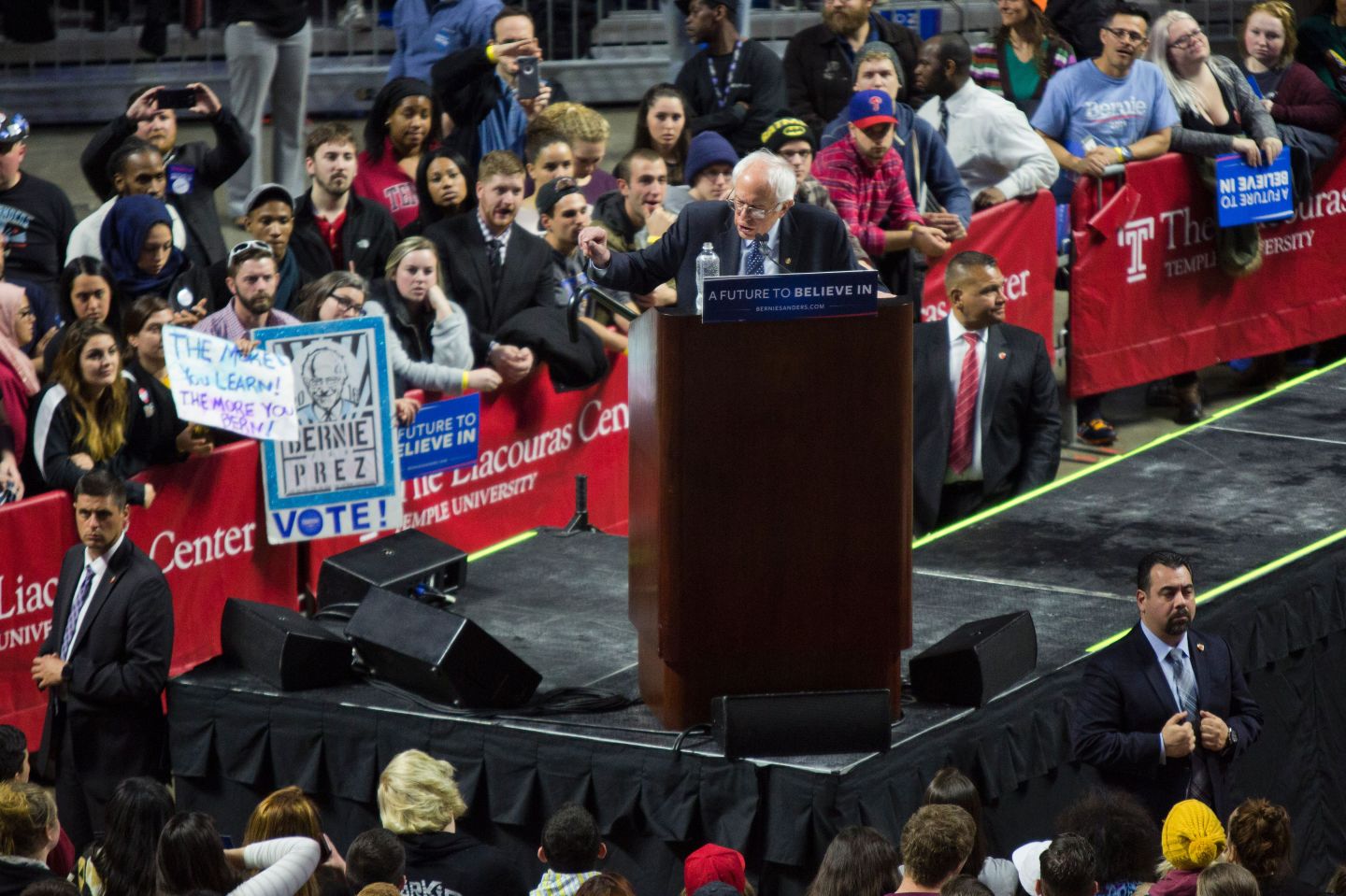 There’s no evidence that Hillary Clinton or her husband show up in the Panama Papers disclosures—documents that list clients of a law firm that was a leader in setting up identity-hiding shell companies for the rich and famous—but Sen. Bernie Sanders says the massive leak is a black spot for the Democratic frontrunner anyway.

In a statement released on Thursday, Sanders criticized Secretary Clinton for supporting the Panama Free Trade Agreement as Secretary of State. He said that the agreement, which he opposed, opened the door to greater tax evasion by Americans in the notorious tax haven.

“I don’t think you are qualified if you supported the Panama free trade agreement, something I very strongly opposed, which has made it easier for wealthy people and corporations all over the world to avoid paying taxes owed to their countries,” Sanders said on Wednesday a rally at Temple University in Pennsylvania.

In 2011, Sanders argued against the agreement on the Senate floor, saying that it would make a “bad situation much worse.” At the time, Clinton advocated for the agreement—an about-face from her opposition to it during her presidential campaign just four years earlier.

Sanders’ recent comments come in the wake of the release of the Panama Papers, a trove of documents revealing the offshore accounts in tax havens held by more than one hundred public officials around the globe. On Tuesday, Sanders pledged to terminate the Panama Free Trade Agreement within the first six months of his presidency.