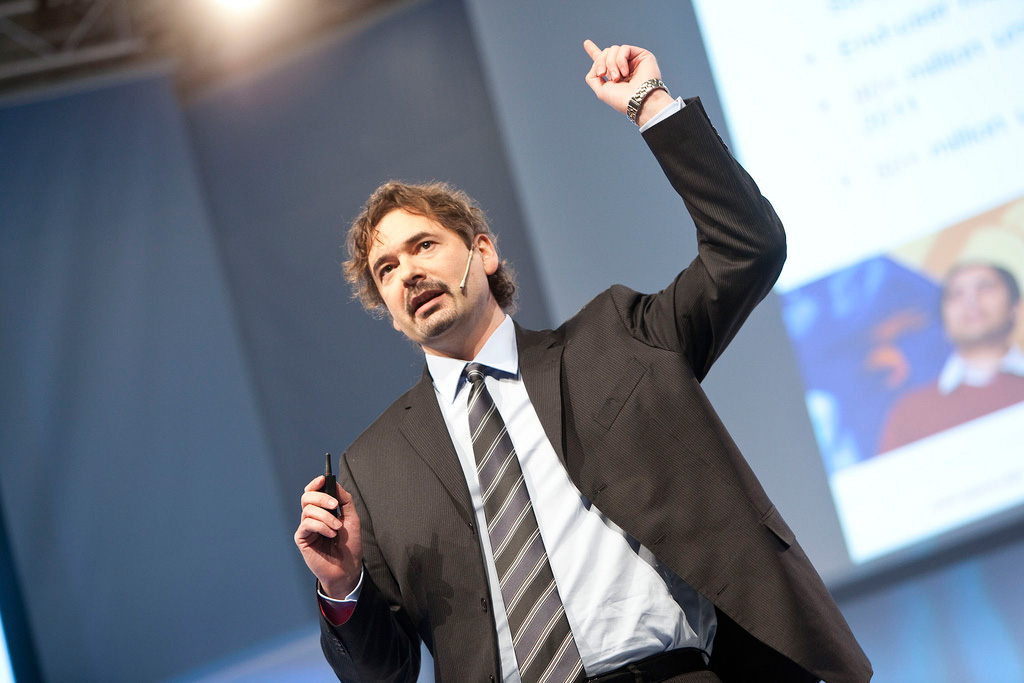 The co-founder and former CEO of the Norwegian browser firm Opera has launched a new browser called Vivaldi.

Jon von Tetzchner and his team aren’t trying to become more popular than Google’s (GOOG) Chrome with their new product—rather, they are shunning that browser’s focus on simplicity and trying to provide something packed with features for power users.

“If you look at all the browsers in the market, they’re all going for the same user group, focusing on making it as simple as possible,” von Tetzchner told Fortune. “We see every user as an individual, and spent a lot of time putting in a lot of options so you can customize the browser.”

“We expect you to do more complex stuff.”

Users can stack their tabs in groups, for example, if they typically have dozens of web pages open at the same time. They can more easily navigate through pages, and there’s a panel on the side where they can conduct social media conversations and check the news.

In short, Vivaldi is a pretty geeky browser, which is what Opera once was, before von Tetzchner left the helm and Opera switched out its technology to become more like its competitors. (Opera is currently in the process of being taken over by a Chinese consortium.)

“This is the kind of differentiation that brought a lot of people to Opera in the old days,” he said. “We are following in the footsteps of the Opera of the past, providing the kind of functionality that people liked.”

Still, for all its geekiness, Vivaldi is a slick-looking product with pleasing touches, such as the fact that the browser’s color scheme changes to match the website being viewed.

Vivaldi went into testing at the start of 2015 and since then it has already picked up hundreds of thousands of active users. “That’s pre-1.0, so I think that’s pretty decent,” von Tetzchner said. (Opera, over time, built up a user base of around 350 million people.)

For more on browsers, watch:

Von Tetzchner is funding the whole operation himself, and says the project is “not financially driven.” He runs a team of around 35 people, though, and there is a clearly a need to make Vivaldi viable.

As with other browsers, the model here is to sign deals with search providers to be the default search option—Microsoft’s (MSFT) Bing is the default for now—and to share the revenue.

That will require Vivaldi to ramp up a significant user base. The question is, how big can it go?

The browser, currently available only on the desktop, is unlikely to bother the likes of Chrome, but with a significant number of people out there who spend their professional lives within the borders of a browser, there’s a chance von Tetzchner could have another hit on his hands.