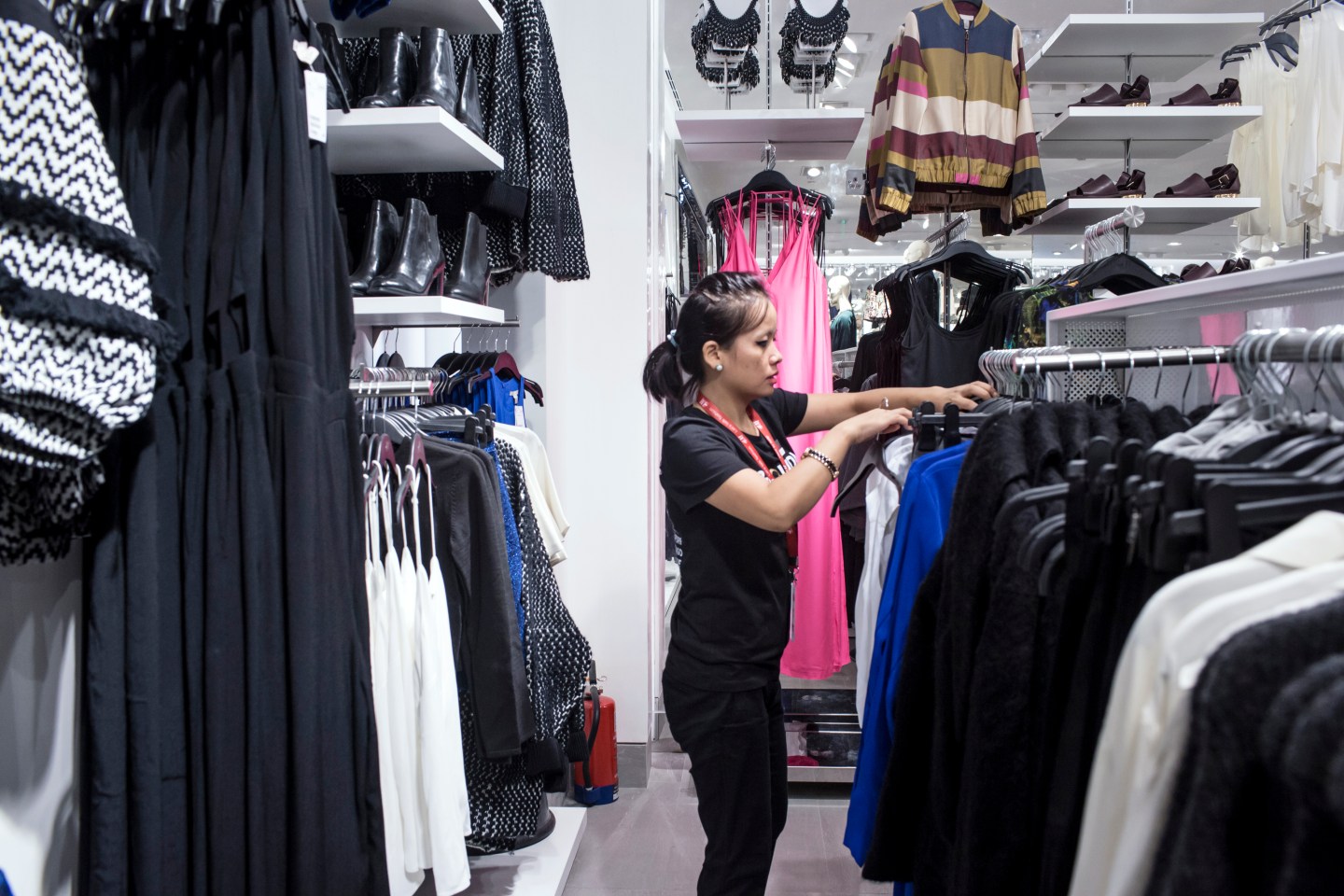 Hennes & Mauritz, the world’s No. 2 clothes retailer, reported a smaller fall than expected in fiscal first-quarter profits on Wednesday as the impact of the strong U.S. dollar started to wane, although sales in March were weak.

H&M, which had warned in January that higher purchasing costs would weigh on its first quarter due to the dollar strength, said the negative impact had started to decrease and should turn neutral or slightly positive by the fourth quarter.

“We are through the worst of that,” investor relations head Nils Vinge told an analyst conference call.

H&M has long enjoyed a profitability edge over its bigger rival Inditex by sourcing mostly in low-cost Asia rather than closer to home in Europe, but has seen that advantage eroded by the rise in the dollar, in which most Asian factories are paid.

December-February pretax profit fell to 3.3 billion crowns ($406 million) from a year-earlier 4.7 billion due to the dollar impact and discounts to shift winter wear, but beat a mean forecast of 3.2 billion in a Reuters poll of analysts.

The gross margin at H&M, which has already reported sales for the quarter, also shrank slightly less than expected, to 52%t from 55.2%.

Sales in March, the first month of H&M’s second quarter, grew 2% in local currencies, well below most analyst forecasts, although Vinge said an earlier Easter and cold weather complicated comparisons with last year.

By contrast, Zara owner Inditex, the world’s biggest clothing retailer, saw sales rise 15% at constant exchange rates in the first five weeks of its financial year that started in February.

“There is no real change to gross margin guidance with regard to dollar strength through the year, which may reassure the market. Yet March sales missed expectations” she said.

H&M said it would launch e-commerce in another 11 countries this year, including Japan, Greece, Canada and South Korea, up from a previous target of nine and bringing the total number of markets with online sales to 34.