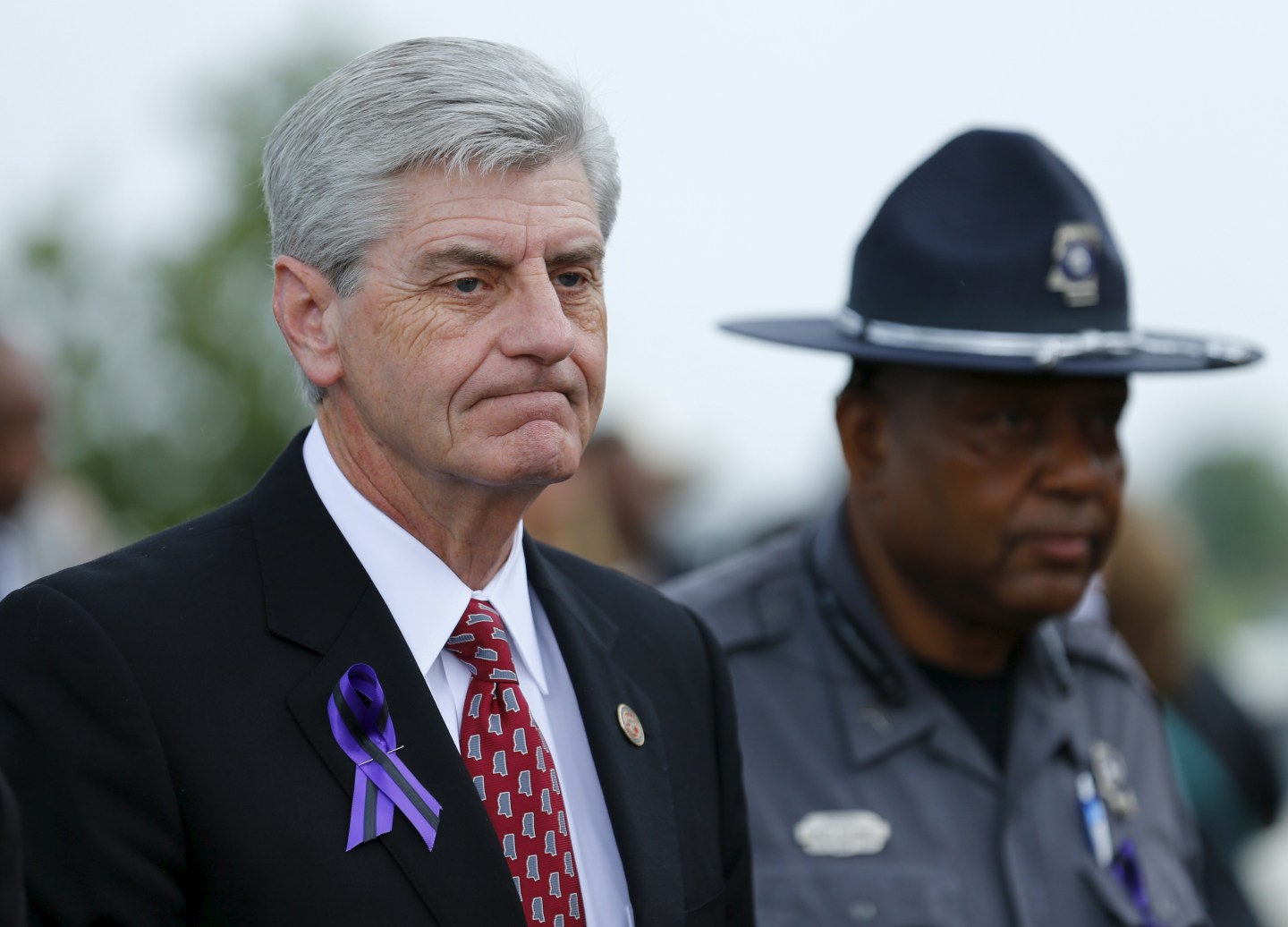 Mississippi, Governor Phil Bryant arrives to attend B.B. King's funeral in Indianola, Mississippi May 30, 2015. King, who took his music from rural juke joints to the mainstream and inspired a generation of guitarists from Eric Clapton to Stevie Ray Vaughan, died in Las Vegas on May 14, 2015. He was 89. REUTERS/Mike Blake - RTR4Y5II
Photo by Mike Blake—Reuters

The measure also clears the way for employers to cite religion in determining workplace policies on dress code, grooming and bathroom and locker access.

Bryant, a Republican, said in a statement he signed the law “to protect sincerely held religious beliefs and moral convictions of individuals, organizations and private associations from discriminatory action by state government.”

The measures are part of a wave of state-level legislation being pushed by social conservatives, with some efforts intensifying after a U.S. Supreme Court ruling last year that legalized same-sex marriage.

The American Civil Liberties Union (ACLU) criticized the Mississippi law, which it said was set to take effect in July.

“This is a sad day for the state of Mississippi and for the thousands of Mississippians who can now be turned away from businesses, refused marriage licenses, or denied housing, essential services and needed care based on who they are,” said Jennifer Riley-Collins, executive director of the ACLU of Mississippi, in a statement.

In a call with reporters, the ACLU said it was considering its next steps in Mississippi, which could include legal action. The organization is involved with a federal lawsuit challenging the North Carolina law.

The U.S. business community has been pushing back against such legislation. On Tuesday, PayPal Holdings Inc canceled plans to open a global operations center in Charlotte, North Carolina and invest $3.6 million in the area over its new law.

On a letter on March 29, founders and chief executives of more than a hundred companies, including Apple Inc, Twitter Inc and Alphabet Inc urged North Carolina Governor Pat McCrory to repeal the legislation.

“It’s time that we stand up and do the work of the people and protect the freedoms that they enjoy,” he said on Friday.