SunEdison Is Hurting Hedge Funds as Badly as Valeant Did 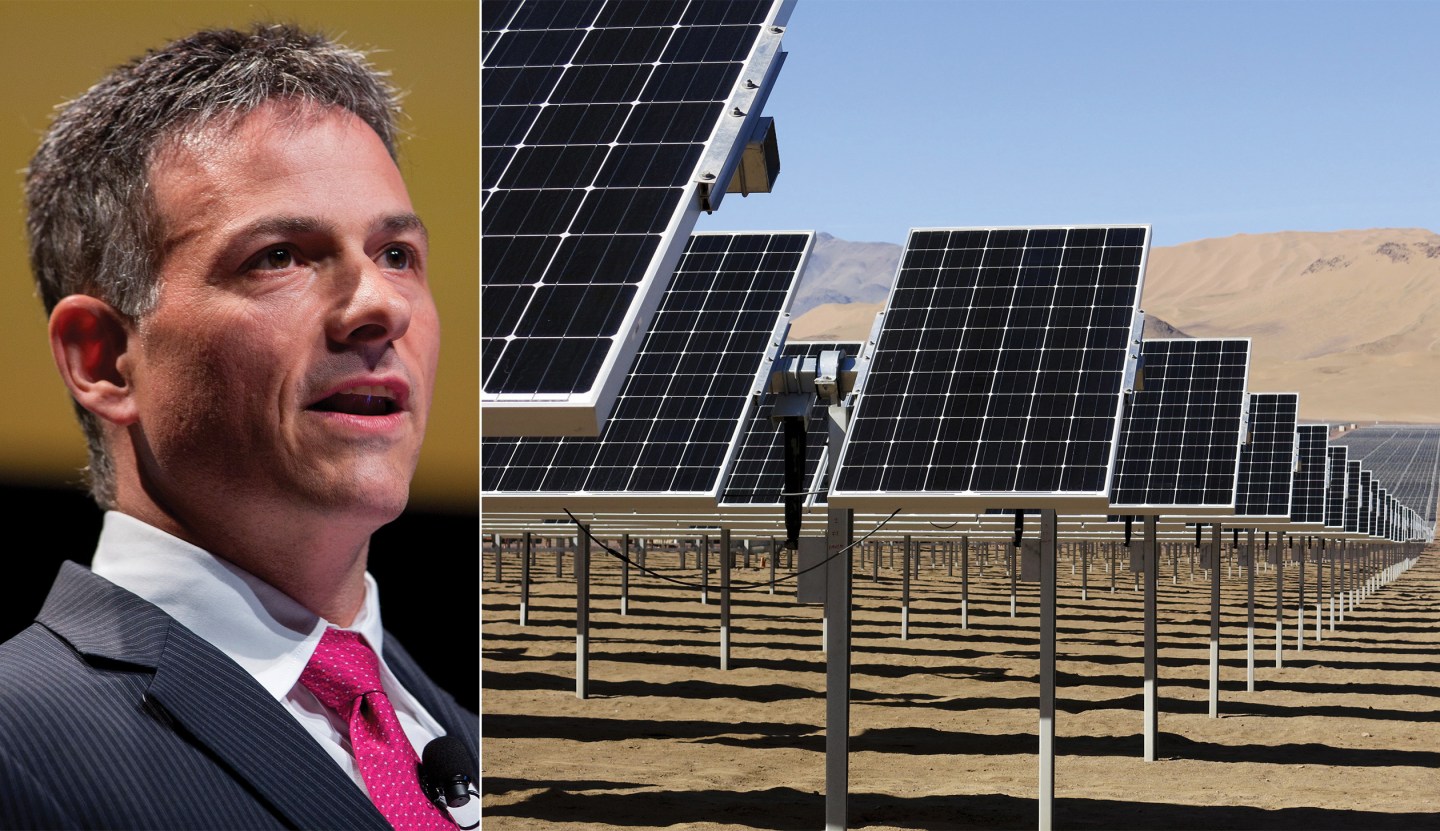 When shares of now-troubled Valeant Pharmaceuticals (VRX) were skyrocketing last year, Missouri-based SunEdison was being hailed by CNBC’s Jim Cramer as the “Valeant of solar.” But that nickname, which started as a compliment, now sounds like a curse: Both companies’ stocks have plummeted, taking the performance of many high-flying hedge fund managers with them.

Like Valeant, the Canadian drug company, SunEdison (SUNE) had embarked on a debt-fueled acquisition binge that appeared to be minting money—except in renewable energy, rather than pharma. And like Valeant, SunEdison attracted some of the biggest names in investing. Indeed, the biggest SunEdison bull was famed hedge fund manager David Einhorn, who laid out his case for owning the company in a 50-page PowerPoint presentation 18 months ago at the prestigious Robin Hood Investment Conference, where top hedge fund managers tout their best ideas behind closed doors.

Today, SunEdison is in even worse shape than the beleaguered Valeant. This week, the Wall Street Journal reported that the solar king was being investigated by the Securities and Exchange Commission, which believes the company may have overstated its cash by about $1.3 billion, when it had under $100 million. On Thursday, the CFO of SunEdison, who was also CEO of two of SunEdison’s spinoff companies, brokers TerraForm Global and TerraForm Power (which buy power from developers and sell it to utilities) left abruptly under pressure from another big hedge fund investor, David Tepper of Appaloosa Management. The two sister companies said in a regulatory filing that SunEdison was at “substantial risk of bankruptcy.” Earlier, the Journal reported SunEdison was working on a bankruptcy filing. The company has declined to respond to the bankruptcy reports; on Thursday night, it confirmed it had received an inquiry from the SEC.

Hammered by this news, SunEdison’s shares fell into penny stock territory this week, closing Thursday at 54 cents. They’re down 63% since the latest bad news hit on Monday, and down more than 98% from its May 2015 high.

Like Valeant, SunEdison has used convoluted bookkeeping that its hedge fund shareholders thought they had figured out. “It’s a very complicated financial situation, but it’s a very simple story,” Einhorn told CNBC in an interview in October 2014. Einhorn admitted that investors were scared of the debt on its balance sheet (now $12 billion) and lack of earnings (SunEdison lost more than $1 billion in 2014, the latest full year financials available). But Einhorn argued that its development projects and Terraform’s deals with utilities were the key to success. He reckoned the sum of SunEdison’s parts was worth $32 a share.

Einhorn declined to talk to Fortune for this story.

(For more on Valeant read: Bill Ackman and Valeant’s CEO: The Inside Story)

By mid-June of last year, eight months after Einhorn’s endorsement, the stock had shot up to an all-time high of $33.45, and its market cap hit $10 billion. By that time, hedge funds owned two-thirds of the shares, with shareholders including Dan Loeb’s Third Point, Leon Cooperman’s Omega Advisors, Steve Mandel’s Lone Pine Capital, and Larry Robbins’ Glenview Capital. All of those funds had sold out by September 30, 2015. The stock ended 2015 down 85% off highs, closing the year at $5.00. Still, at year-end 54 hedge funds remained in the beaten-down stock, according to Novus Research, including Steve Cohen’s Point72 Asset Management, Ken Griffin’s Citadel, George Soros’s Soros Fund Management and Izzy Englander’s Millennium Management.

It’s unlikely most of those diehards are still in the stock. But Einhorn, with a 6.8% stake, is stuck there because he has become an insider. He finally took an activist role in January, and wrangled a seat on the board, naming former Greenlight Capital analyst Claire Gogel to the spot. With his SunEdison position down some 95%, the stock has been pummeling his fund’s returns.

Einhorn began buying SunEdison in the last three months of 2013; his stake reached its peak in June 2015, when it was worth more than $800 million and was his second-biggest holding, after Apple, according to securities filings. Greenlight Capital fell 20% in 2015, due to SunEdison and other troubled stocks like Consol Energy, and investors pulled about $600 million, or about 5% of Greenlight’s assets under management, at the end of last year, according to the latest data. Greenlight now has $8.6 billion, compared with $11.8 billion as of January 2015, according to hedge fund data provider Absolute Return. Greenlight Capital was flat for March, giving it a 3.3% return for the year to date.

Einhorn is widely known on Wall Street for his shorting expertise. But SunEdison itself became a target of short sellers beginning in July, when its planned acquisition of Vivint Solar was stalled by bankers unwilling to finance the deal. The banks finally pulled the plug on that acquisition in January, and Vivint sued for breach of contract. (SunEdison said Thursday night that the Justice Department had served it a subpoena for details about the failed Vivint deal.) A little more than one-third of SunEdison’s shares were short as of March 15, the latest numbers available.

And instead of being the key to SunEdison’s success, TerraForm has turned into another nightmare. Appaloosa’s Tepper has a 9.5% stake in TerraForm Power, and in January, Tepper sued SunEdison for “breach of fiduciary duty” to TerraForm Power, citing SunEdison’s failed Vivint bid and its control over TerraForm.

Among the investors who joined the party late was John Hempton, the manager of an Australian hedge fund and an active blogger. Hempton said he had taken a long position in SunEdison last October, paying about $9 per share. “Sure the company is highly levered and complex but it is almost certain that the past deals have been good deals,” he wrote in his blog on Oct. 2. But, he admitted, ”We could be wrong here.” It looks like a lot of people were, and since then Hempton, like most of them, has closed out his position. “It was a bruising experience,” Hempton told Fortune.