The Really Big Problem with Valeant’s Billions of Debt 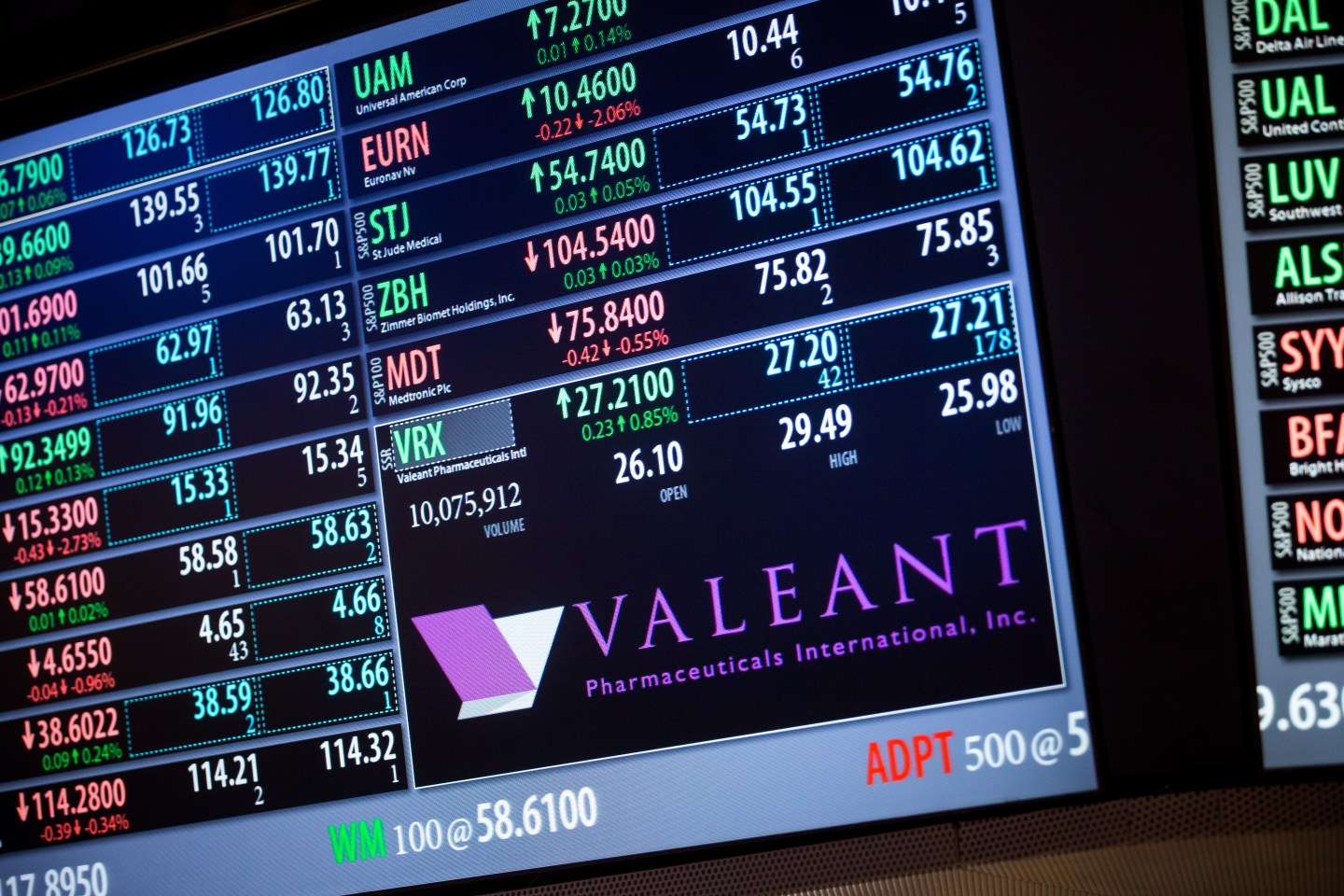 Valeant Pharmaceuticals’ debt problem could be harder to solve than the company is letting on.

Other than looking for a new CEO—the company announced on Monday its top executive Michael Pearson was stepping down—the troubled pharmaceutical company’s most pressing problem is its debt, of which it has $30 billion. Valeant is late in filing its financial statements and it faces a potential default if it doesn’t file its annual report by the end of April. A default could result in Valeant having to pay back its loans immediately—something that would be very hard for it to do—or face much higher borrowing rates.

On Monday, Valeant said that wouldn’t happen. The company said it would meet its filing deadline. But last week, Valeant began negotiating with lenders to get an extension just in case.

Most investors think a deal is likely. Valeant appears to have more than enough cash to keep paying its debt, and has never missed a debt payment. So in theory there is no reason for creditors to call the loans. But in practice, striking a deal and putting off a default if it doesn’t file its financials on time might actually be pretty hard for Valeant.

The trouble for Valeant (VRX) is that it would have to get a lot of different investors to sign off on the deal. Valeant is the second largest issuer in the leveraged loan index. What’s more, Valeant’s loans are not owned by one bank or even a few large investors. Instead, a good portion of Valeant’s debt is held by collateralized loan obligations, or CLOs, essentially loan funds that buy and hold lower credit debt. More CLO funds hold Valeant loans than any other company that has issued debt since the financial crisis, according to S&P LCD. “You’d need almost every market participant” in the CLO market to agree to a deal, according to Kevin Kendra, managing director and head of Fitch’s U.S. Structured Credit group.

To be exact, that’s 753 funds over 103 managers who own Valeant debt, according to research from Wells Fargo. Barclays is the “agent bank,” meaning it is the bank that is meant to organize the negotiations of the various lenders of the loan. More than 50% of them have to agree to allow Valeant to restructure, according to reports, so that means Valeant may have to get managers that represent as many as 377 funds to agree to whatever deal the company puts forward.

The plus for Valeant is it also means that the funds may have a harder time getting on the same page and negotiating tougher terms with the company in order to avoid a default. But the risk, of course, is that it makes it harder to strike any deal, and therefore a default, more possible.

It’s a far cry from the days–say 15 years ago–when less than a dozen banks held a corporate loan on their balance sheet, and companies could renegotiate the terms of their loan with a single creditor, or a small committee. Moreover, the CLO market has grown even since the last debt boom. Since the financial crisis, investors have bought up $275 billion in CLOs. Last year, investors purchased $124 billion, nearly a third more than the previous peak in 2006. And the potential problems mirror what happened with mortgage modifications during the financial crisis. Some investors threaten to sue banks and servicers if they allowed home loans to be modified if a distress borrower was still making some payments, or the investors thought they would make more money if the house was seized in a foreclosure.

The Valeant negotiations may not only be a test for Valeant, but the CLO market in general, which has recently hit a rough patch. Over the past year, the number of CLOs, which are also significant investors in energy companies, holding defaulted debt has skyrocketed. It was 35% as of the end of 2015, up from less than 5% a year ago, according to Fitch.

What’s more, Valeant’s outlook has changed quickly. For example, many of those investors bought Valeant’s debt only a year ago. Back then, the company was a “credit darling,” according to Kerry Kantin, Director in the Leveraged Commentary & Data at S&P Global Market Intelligence. In March last year, the company had a successful debt offering that raised $14.5 billion to help it fund the acquisition of Salix Pharmaceutical.

If Valeant’s debt continues to worsen, CLO managers may find themselves scrambling to sell the debt or pounding the table to get a Barclays banker on the phone. That could mean a whole new set of investors Valeant will have to cut a deal with. And Valeant isn’t alone. There are plenty of other companies that are and likely will have to deal with the same debt negotiation problems that Valeant is navigating now.

The more complex debt market has worked wonders in the past few years allowing somewhat riskier companies like Valeant amass more debt, at lower rates, than they would have been able to past. The question is how good that more complex market will function now that those same companies are running into trouble.