What Happens When You Combine Artificial Intelligence and Satellite Imagery 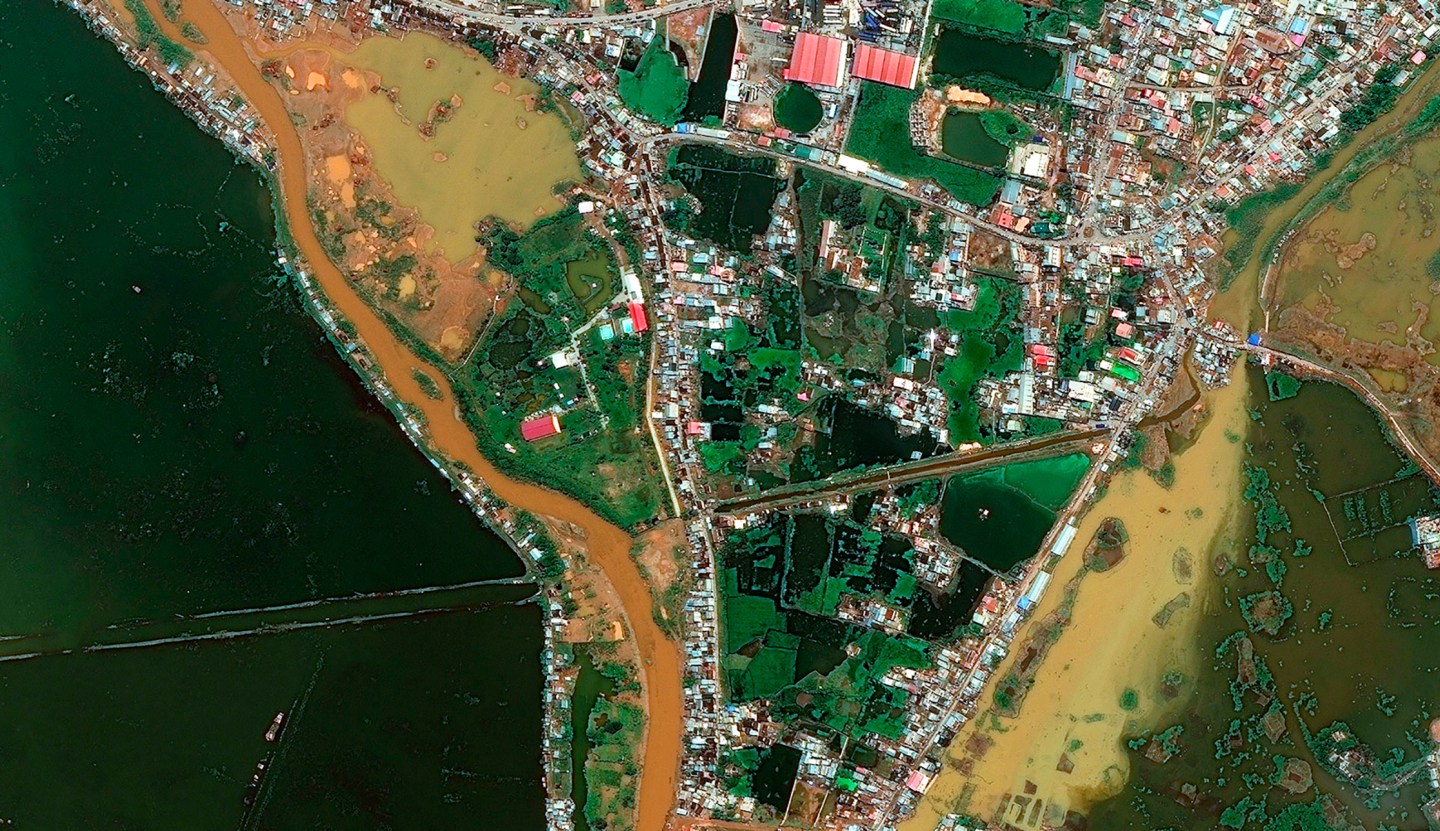 Facebook (FB) has a vested interest in helping the 4.2 billion people who still lack reliable Internet access find their way online. But when the social media company launched an effort in 2013 to provide connectivity to some of the world’s most remote and disconnected regions, it immediately ran into a problem. Facebook knew these disconnected billions existed—just not precisely where in the world they were.

So the Facebook Connectivity Lab team set out to find them. Using technology similar to what allows Facebook to recognize faces in photos uploaded to its service, the company sifted through more than 14 billion geospatial images captured by satellite imagery provider DigitalGlobe (DGI). The resulting maps reveal the locations of more than 2 billion disconnected people spread across 20 countries, many of them developing nations where even basic mapping data is scarce.

Geospatial data companies can track activity by identifying surface material as seen here with individual trees in a forest (above) and aircrafts on the tarmac (below).Courtesy of DigitalGlobe

Facebook’s ambitious foray into geospatial big data comes at a time when commercial satellite operators are poised to turn the data spigot wide open. Over the next 18 months, companies dealing in satellite imagery plan to place several dozen new satellites in orbit. By the middle of next year, many of those same companies expect to achieve daily “refresh rates”—new imagery of the same parts of the planet—at least once every 24 hours. Humans will soon be able to see huge swaths of the planet change daily.

“There’s a lot of location data out there, but there hasn’t been a good way to use it to answer questions,” says Kevin Lausten, director of geospatial big data at DigitalGlobe. “If you can start to correlate all this information, you can uncover business opportunities.”

Discovering correlations within reams of visual data requires technology that can both see and comprehend. To turn DigitalGlobe’s raw satellite images into meaningful insights, Facebook engineers had to teach their image-recognition engines what to look for—in this case, man-made structures and other infrastructure indicative of human activity. Then they set the software to work on roughly 14.6 billion DigitalGlobe images, documenting the location of every building across some 21.6 million square kilometers of the earth’s surface.

Companies have long used satellite image data to understand global economic trends—counting cars in Walmart parking lots, for example. But the computer vision and machine learning tools necessary to automate the process are only now beginning to mature.

“We could not have done this five years ago,” says Pavel Machalek, co-founder and CEO of Spaceknow, one of several Silicon Valley data analytics firms working with commercial satellite data. The convergence of computing power, machine learning, and satellite imagery is “a perfect storm that’s just beginning to peak,” he adds, allowing geospatial data companies to answer more questions than before.

Orbital Insight, another Silicon Valley geospatial data company, tracks national and global trends as well as more esoteric indicators, such as where all the world’s surface water is at any given time, which holds significant interest for scientists and the global insurance industry.

Descartes Labs, of Los Alamos, N.M., uses satellite data to predict the yield of U.S. corn harvests, often more accurately than the Department of Agriculture. And where logging companies previously used samples to estimate the number of trees in an area of forest, DigitalGlobe taps its software to count trees, one by one, across millions of acres of forest.

The leap from “estimate” to “accurate” carries big bottom-line implications for industries worth hundreds of billions of dollars. And geospatial data analytics companies are only beginning to wrap their heads around the possibilities, says Luke Barrington, DigitalGlobe’s senior director of platform products.

“The data are out of our basement and into the cloud,” he says. “Now comes the fun stuff.”

A version of this article appears in the April 1, 2016 issue of Fortune with the headline “The View From Above.”