Was Your Easter Chocolate Made with Child Labor? 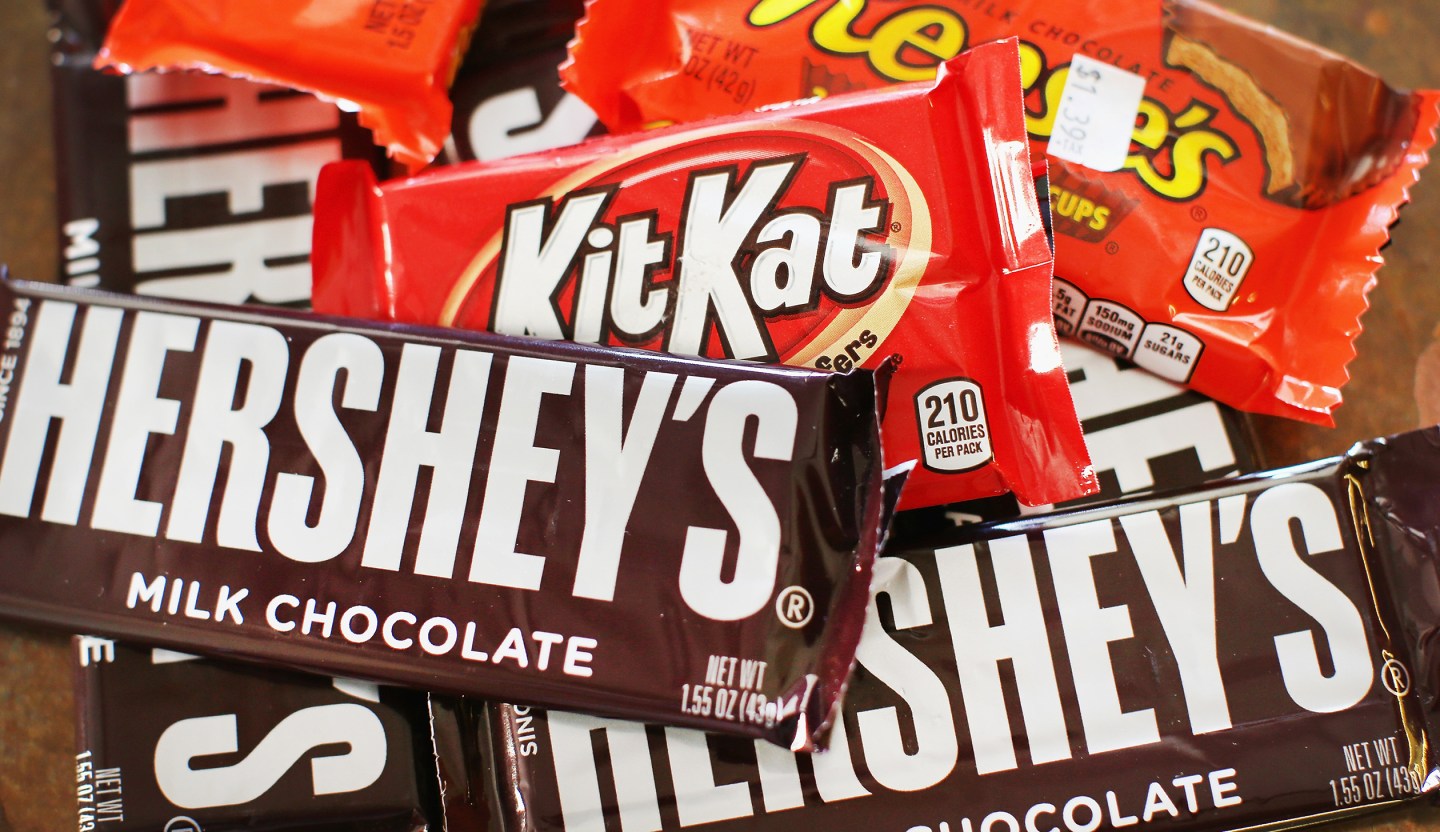 CHICAGO, IL - JULY 16: Hershey's chocolate bars are shown on July 16, 2014 in Chicago, Illinois. Hershey Co., the No.1 candy producer in the U.S., is raising the price of its chocolate by 8 percent due to the rising cost of cocoa. This is the company's fist price increase in three years. (Photo Illustration by Scott Olson/Getty Images)
Scott Olson—Getty Images

Here’s a question to ponder while munching on chocolate this Easter: Was the cocoa in your candy farmed in an ethical and sustainable way?

For the past 15 years, the chocolate industry has been grappling with a persistent problem: child labor in its supply chain. Cocoa is the main ingredient in chocolate, and the majority of the world’s cocoa is grown in West Africa. The two biggest producers—Ivory Coast and Ghana—account for roughly 60% of the global cocoa supply. Ivory Coast, with 40% of the market, is the single largest producer.

The major chocolate companies—from Mars to Nestlé to Hershey (HSY)—are heavily reliant on these countries for their cocoa supply. Most of the cocoa is produced on small farms by farmers living in extreme poverty. That poverty often leads to child labor. In 2001, after persistent media reports about child labor abuses and trafficking stirred outrage, the chocolate industry pledged to end the practices in Ivory Coast and Ghana by 2005. But progress has been slow.

By some measures the problem has actually been getting worse, not better. Some 2.1 million children were engaged in objectionable labor practices in cocoa farming in Ivory Coast and Ghana, according to a U.S. Department of Labor-funded survey of child labor in West Africa, which was conducted by Tulane University in the 2013-14 growing season and the results of which were released last summer. The total number of children found to be subject to child labor was a 21% increase over the previous survey five years earlier.

The jump came despite growing investments by the large chocolate companies—all of which have built sustainability programs with varying approaches—in recent years to address the root causes of child labor. This past December, I traveled to Ivory Coast and Ghana to learn firsthand why eliminating child labor from cocoa farming has proven to be such an intractable challenge. (You can read the full story here.)

So what’s a consumer to do? We love our chocolate. Americans spend more than $2 billion each year on Easter candy alone. Simply boycotting chocolate probably isn’t a good solution—that would merely reduce demand for cocoa, potentially lowering incomes for already struggling farmers in West Africa.

And if you’re going to eat chocolate, it’s hard to avoid the issue altogether.

“At the moment, no major chocolate company can guarantee their cocoa supply is not tainted by child labor,” says Elizabeth Jardim, director of consumer advocacy at the non-profit Green America, which promotes ethical consumerism. “However, most have launched sustainability programs that attempt to address child labor in a variety of ways, largely thanks to consumer pressure.”

To provide shoppers with more information, Green America recently published a “Big Chocolate Scorecard.” (To see the full scorecard, go to Green America’s site.) The report card grades—on a scale of one to five chocolate bars—the six biggest chocolate companies: Mars, Mondelez (MDLZ), Nestlé, Ferrero, Hershey, and Lindt. The results are based, says Jardim, on what the companies are doing to address sustainability, and specifically to take on the child labor problem. Here are the grades:

Nestlé earned the highest score awarded (3.5 chocolate bars) among the big companies, says Green America’s Jardim, because of its high level of engagement with farmers through its Cocoa Plan program.

“Right now, Nestlé leads among major chocolate companies in tackling child labor head-on with a monitoring and remediation program based in the communities from where it sources cocoa,” says Jardim.

Bunched together just below Nestlé are Mars, Mondelez, and Lindt. Though they approach the problem in different ways, Green America found a commonality in their approach. “Mars, Mondelez, and Lindt have also developed more direct relationships with some of the communities they source from, to train farmers about the dangers of child labor,” says Jardim.

In the case of Mondelez, I had a chance to see that engaged approach in December while visiting a farming community in Ghana that’s part of the company’s supply chain. The farmers there told me that the training they received had helped them think of cocoa farming as a business, not just a means to survive.

Cathy Pieters, the director of Mondelez’s Cocoa Life program, told me that was very much intentional: “What is probably specific about Cocoa Life is that holistic approach of tackling income from farmers and making them more productive, but also at the same time helping communities to stand on their feet.”

Hershey ranks a half notch below on Green America’s scorecard. But it has nevertheless made a lot of progress since launching its 21st Century Cocoa Plan in 2013. Like Mars, Lindt, and Ferrero, Hershey has pledged that 100% of the cocoa it purchases will be “certified” as sustainable by 2020—meaning that, according to third-party auditors, the farmers are following best practices, including avoiding the use of inappropriate child labor. Hershey says that 50% of its cocoa was certified by the end of 2015.

Green America’s Jardim says that Hershey and Ferrero ranked slightly lower than their peers because of their heavy reliance on third-party certification, rather than direct engagement. “Certification is just part of the solution to child labor, and not all certifications deliver the same benefits to farmers,” says Jardim.

Ultimately, the best result would be for all of the Big Chocolate companies to score five chocolate bars someday soon. That’s one scenario where grade inflation would be a good thing.