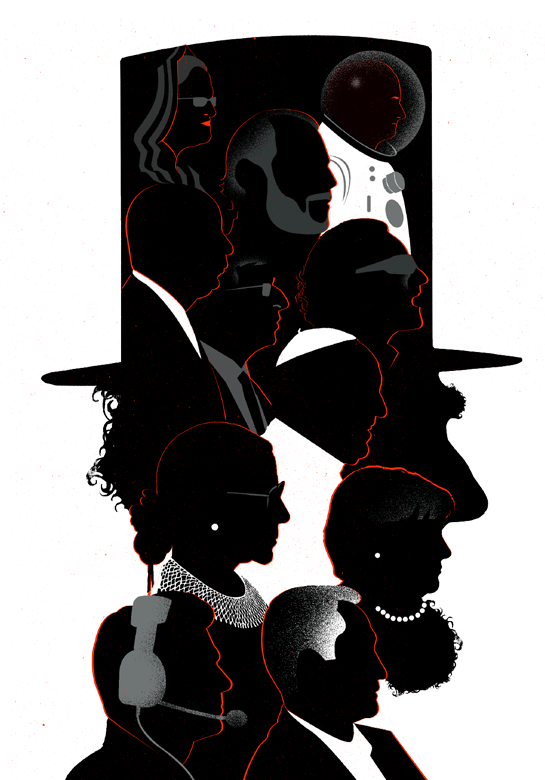 Illustration by Edel Rodriguez for Fortune

The first thing you’ll notice about our 2016 World’s 50 Greatest Leaders list is that it doesn’t include any of the current candidates for President. That’s not an accident. The U.S. political system is broken, and we see little reason to think the current contenders can fix it.

Start with Donald Trump and Bernie Sanders. It’s stunning that, well into the 21st century, the two candidates generating the most enthusiasm are throwbacks to the 20th. One is channeling a fascist strongman, the other running as a self-styled socialist. Neither has the vision or skills to take us into the future, but both have tapped into the public’s deep dissatisfaction with the recent past. The financial crisis and its aftermath left many Americans disillusioned with government and left government unable to address even the most tractable problems. A key turning point came on Aug. 5, 2011, when Standard & Poor’s downgraded U.S. Treasury debt for the first time in history after congressional leaders failed to provide even the inklings of a plan for tackling the nation’s debt. That and subsequent failures have handed Trump and Sanders supporters their strongest talking point: Could it get any worse?

Hillary Clinton talks about building bridges instead of walls and has built a record of bipartisan cooperation in her post–First Lady life as a senator and secretary of state. But by repudiating the trade agreement she once championed, she has undermined the bipartisan legacy of her husband’s administration. And by mimicking her primary opponent, she has become even more polarizing than her storied name had already made her. Then there’s Ted Cruz, who celebrates, even as he exacerbates, Washington’s dysfunction. He who governs best, Cruz believes, governs not at all.

Sadly, this dispiriting election is happening at a time when the nation—and the world—desperately needs leadership. “Ours is a world in disarray,” Council on Foreign Relations president Richard Haass wrote recently in Time, citing the unraveling of the Middle East, the refugee crisis in Europe, and the rise of China in Asia. Meanwhile, the U.S. economy needs policies that build on our great strength—an unparalleled culture of creativity and ­innovation—while shoring up our weaknesses, such as failing public education, crumbling infrastructure, and the aforementioned dysfunction of national government.

The good news is that ­Fortune’s search for great leaders was not in vain. Even in Washington, we found some—including House Speaker Paul Ryan and Supreme Court Justice Ruth Bader Ginsburg. While unyielding in their competing worldviews, they each have that key quality of empathy essential for today’s challenges. From the business world, we’ve included Salesforce (CRM) CEO Marc Benioff, who recognizes that the current political climate also demands a different kind of business leadership and a more compassionate form of capitalism. Indeed, in all walks of life—from Lin-Manuel Miranda on Broadway to Larry Fink on Wall Street to Stephen Curry on the basketball court—great leadership is thriving. (See the full list here.) Not everyone will agree with all of our selections, but I have no doubt you’ll find them inspiring.

A final word on our first choice, Amazon’s (AMZN) Jeff Bezos. His company got pummeled in a New York Times story last year depicting Amazon as a sort of high-tech sweatshop, where the pressure caused workers to break down at their desks in tears. As Adam Lashinsky’s profile shows, Bezos certainly places heavy demands on his people, and it’s unlikely Amazon will ever show up on our 100 Best Companies to Work For list. But leadership comes in various flavors, and the Bezos strain is yielding world-changing results. A surprisingly capable leader has been at the center of them.

A version of this article appears in the April 1, 2016 issue of Fortune.