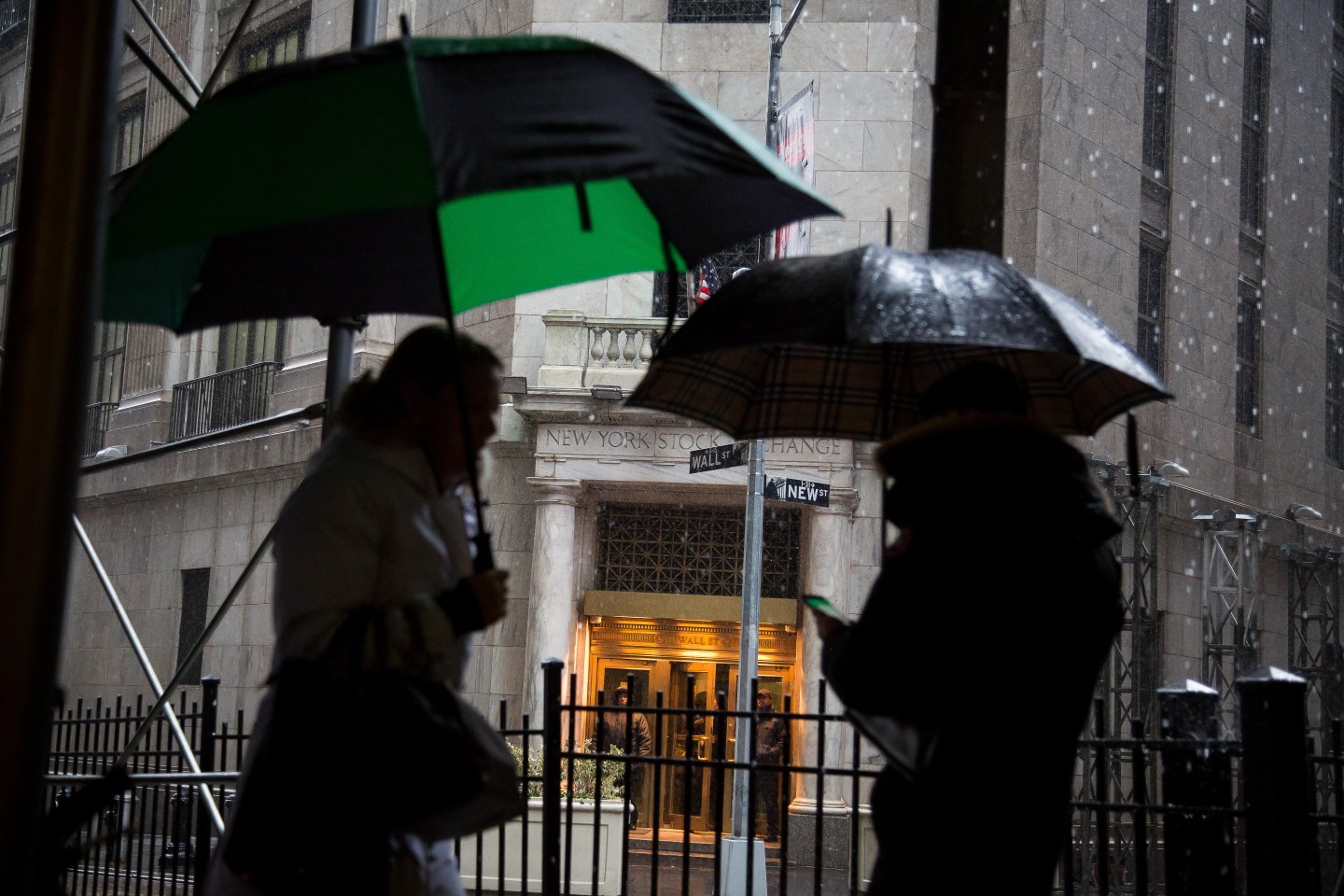 If you were watching the close of the stock market on February 4, you saw a rather alarming moment for a medium-sized cloud computing and data analytics company called Tableau Software.

The Seattle company (DATA) reported results that many executives would envy—revenue up 42% year over year (to $203 million); 3,600 new customers in three months’ time.

And yet Wall Street dramatically traded down the stock: That afternoon, DATA closed on the New York Stock Exchange at $81.74. A half hour later, it was trading at $41.20. (It’s now trading at about $43.)

What the heck happened?

In a post published about an hour later, I blamed for the drop “a warning in Tableau’s earnings release stating that the company was unlikely to realize the benefit of certain tax assets.”

In the days that followed, it looked less and less likely that was the case. The Wall Street Journal, for example, blamed Tableau’s reduced full-year outlook (which cited softness in customer spending) and noted collateral stock-price damage experienced by peers Salesforce, Workday, and Splunk, none of which had reported corporate earnings yet. The Journal added that cloud computing companies carried already lofty valuations; perhaps this was a correction.

Moreover, Tableau had previously disclosed to investors its net operating loss carryforward of $418 million—something other tech companies had already done. The disclosure in its Q4 results was a U.S. GAAP requirement and didn’t impact its tax returns. (Tableau declined to comment specifically on its stock price.)

Clearly I was wrong. So what really happened? Now that the dust has settled, I called three analysts to get more color.

Josh Parenteau, a research director at Gartner focused on business intelligence and analytics companies, chalked up Tableau’s troubles to increased competition in the category.

“Tableau has a tremendous amount of mindshare in the BI/analytics space and its ‘land and expand’ model has been very successful at fueling exponential growth over the past several years as buying has shifted from IT to the lines of business,” he said. “The decision for an organization to expand its footprint of Tableau has been virtually automatic through the summer of 2015, which has fueled its growth momentum.”

But new entrants have increased competition, he said, citing Microsoft’s Power BI 2.0, Qlik’s Sense 2.0, and MicroStrategy’s V10 as alternatives to, and often cheaper than, Tableau software.

“The gap is closing as Microsoft, Qlik, and MicroStrategy aggressively introduce new releases into the market at a rapid cadence,” Parenteau said. “The impact here is that the decision to expand to larger Tableau footprints is no longer automatic and spending cycles are slowing as organizations have more and more alternatives to evaluate. Tableau still ends up winning many of these deals in the end but the sales cycle is taking longer.”

And the commoditization of the category will continue, he added.

“This is about slowing spending cycles as alternatives to Tableau continue to improve and are offered at lower price points,” Parenteau said. “As the market leader commanding much of the net new buying in the space over the past few years, Tableau is the vendor everyone is chasing—and some are finally catching up.”

I then sent a note to R. “Ray” Wang, founder and principal analyst of Constellation Research. Is competition really to blame for a sudden and precipitous drop in stock price? Not entirely, he said.

“Cloud stocks took massive bruises over the past eight weeks as investor got jittery about technology stocks focus on growth versus profitability,” he said. “That being said, Tableau’s issues came from its CFO’s guidance on sales execution. Its guidance did not reflect the rest of the market. Take a look at Salesforce, which was also beat up during the last eight weeks, but post-earnings you saw it come back to late January levels.”

“In Tableau’s case,” Wang added, “the headwinds come from its ability to grow amidst Microsoft’s push on Power BI and gains from Qlik Technologies in the market. But the percentage of loss is more reflective of dropping growth rates than the overall market decline. The market from a deal flow perspective appears to be growing.”

It’s About Moving Too Fast

So what’s the verdict? Is Tableau to blame for its sudden devaluation or the greater competitive landscape?

I emailed Karl Keirstead, a software equity research analyst at Deutsche Bank, for the tiebreaker. On his way to Gartner’s Business Intelligence & Analytics Summit outside of Dallas, he requested that I give him a few more days to do some homework on the ground.

In his subsequent research note, Keirstead wrote that he couldn’t find any convincing evidence at the summit that slowing IT spending on data analytics software was to blame.

“The larger issue may be Tableau’s own sales execution,” he wrote, “and we sense that even Tableau is emphasizing this factor incrementally more. In particular, Tableau is saying that it hired sales reps too aggressively in 2015, creating some disruption and productivity drops, and that it didn’t execute as well as they could have on selling and pricing ELAs [enterprise license agreements] for large enterprises.”

As a result, Tableau is slowing the pace of its sales hiring in 2016 and focusing instead on training existing ones, he wrote.

And what about competition in the category? Keirstead dismissed it as a driver of Tableau’s sudden stock price drop.

“We also believe that competition and a more crowded data analytics software market has impacted Tableau,” he wrote. “While Microsoft has certainly made good progress, the product is lighter-weight—the consensus from our checks was that Tableau remains best-in-class—and we still have a hard time embracing a view that Microsoft’s success is the key driver of Tableau’s 4Q15 miss.”