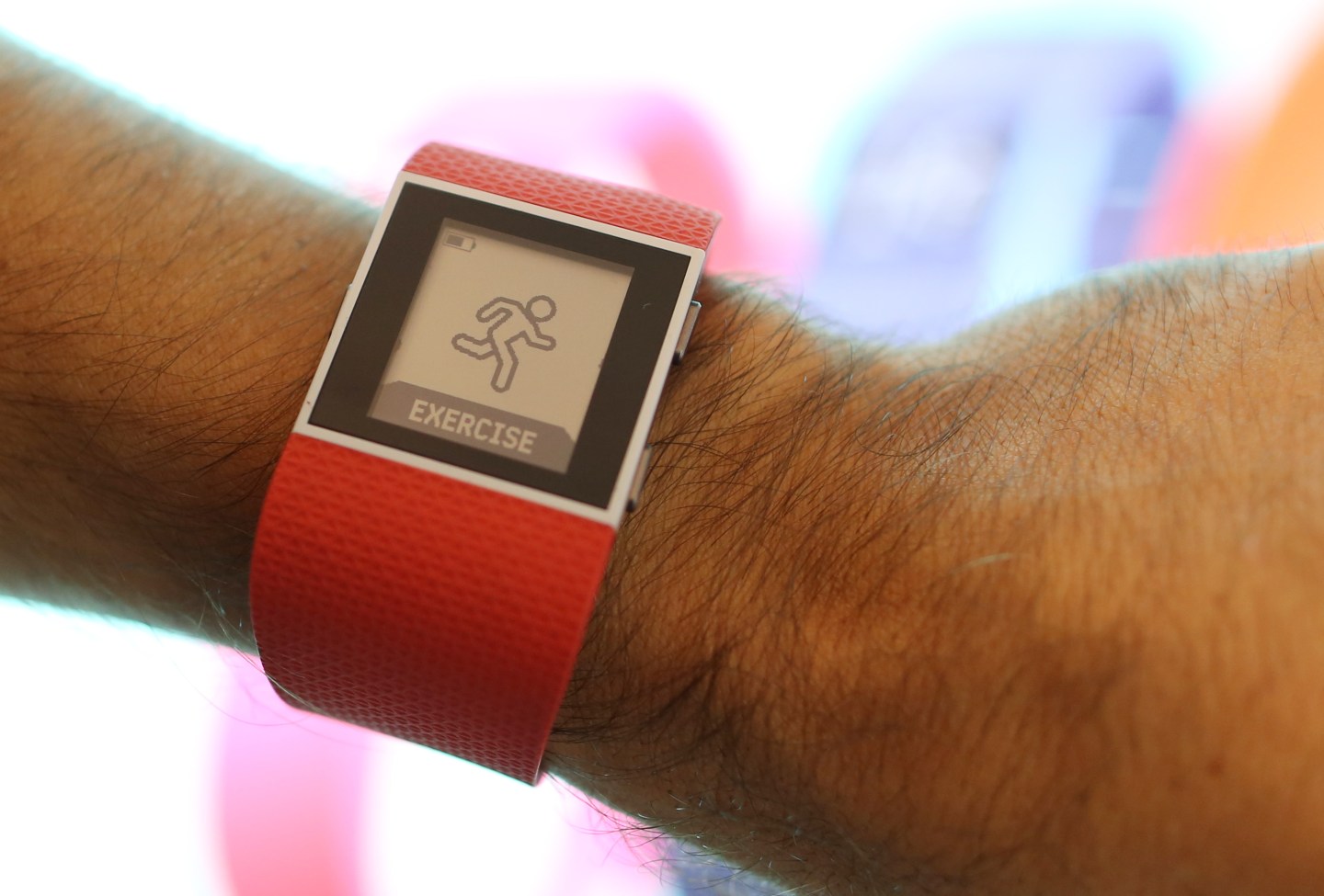 Fitbit’s stock is healthier than it looks. Shares of the fitness tracking device maker are down nearly 70% since August, and investors are betting that it will fall even more. As of data released on March 9, Fitbit (FIT) had the highest short position as a percentage of its float, an increase of 13% from the prior two weeks.

Some say Fitbit’s stock will go the way of GoPro (GPRO), the thrill-seeker video company that went public less than two years ago and whose stock sits at about a tenth of its high. GoPro grew too quickly in a market that was easily tapped out.

But analysts point to Fitbit’s advantages. It isn’t alone in fighting a huge challenge: making people think they need a smart watch. But unlike competitors Apple (AAPL) and Garmin (GRMN), Fitbit has a strong position in a less sophisticated business—step-counting. Relative to other watch makers, Fitbit might be able to survive without real innovation. While growth may slow, its stock still looks relatively cheap.

When Fitbit went public last June, it was a market favorite. At the time of its IPO, it commanded 88% of the market share of fitness trackers, according to Ladenburg Thalmann, which also estimated the market could grow by 40% in three years. Fitbit’s shares nearly doubled over the summer, reaching a high in early August of more than $51. Since then, the company’s earnings have held up well. It reported fourth quarter earnings of $0.35 a share, well above consensus estimates of a quarter a share.

The trouble is that Fitbit now faces steep competition. Other watches, like Apple’s, are quickly coming to market. They can easily track calories and exercise habits, Fitbit’s original business, and they have all the James Bond-like touches that make marketing the watch to new customers so exciting. With Garmin rolling out watch lines as well, Fitbit’s wellness tracker looks like it could quickly become obsolete.

In response, Fitbit launched its own smart watch called the “Blaze.” It has been a tough sell and, as a result, the company recently said that revenue would be lower than what Wall Street analysts were expecting.

Meanwhile, the overall watch market isn’t doing so great, and for reasons that may benefit Fitbit.

“These watches are expensive and people are not exactly sure of the use case—do I really need this?” said Daniel Amir, an analyst at Ladenburg Thalmann. Smart watches can cost up to $350, while a person can buy Fitbit’s cheapest watch for less than $100. “If you look at the Apple Watch, they haven’t been that successful either.”

While smart watches have eaten away at some of Fitbit’s wellness business, it may not be a cause for significant concern. Moreover, Fitbit’s stock has some of these worries baked into its price, at least relative to competitors. It trades at 13 times 2017 estimated earnings, versus 17 times for Garmin. Though Apple trades at a slightly lower multiple, 11 times next year’s earnings, Apple has many other businesses to consider.

Mark Sue at RBC Capital Markets makes a case for why investors are overreacting over Fitbit. It’s true that growth at Fitbit has slowed. At its peak, revenue grew more than 250% year-over-year. But even with more conservative growth estimates of 17% this year and 15% in 2017, Sue believes the stock is worth $28 a share, 80% more than the current price. That may be enough to get some pulses racing.