This City Has the Worst Traffic Congestion in the U.S. 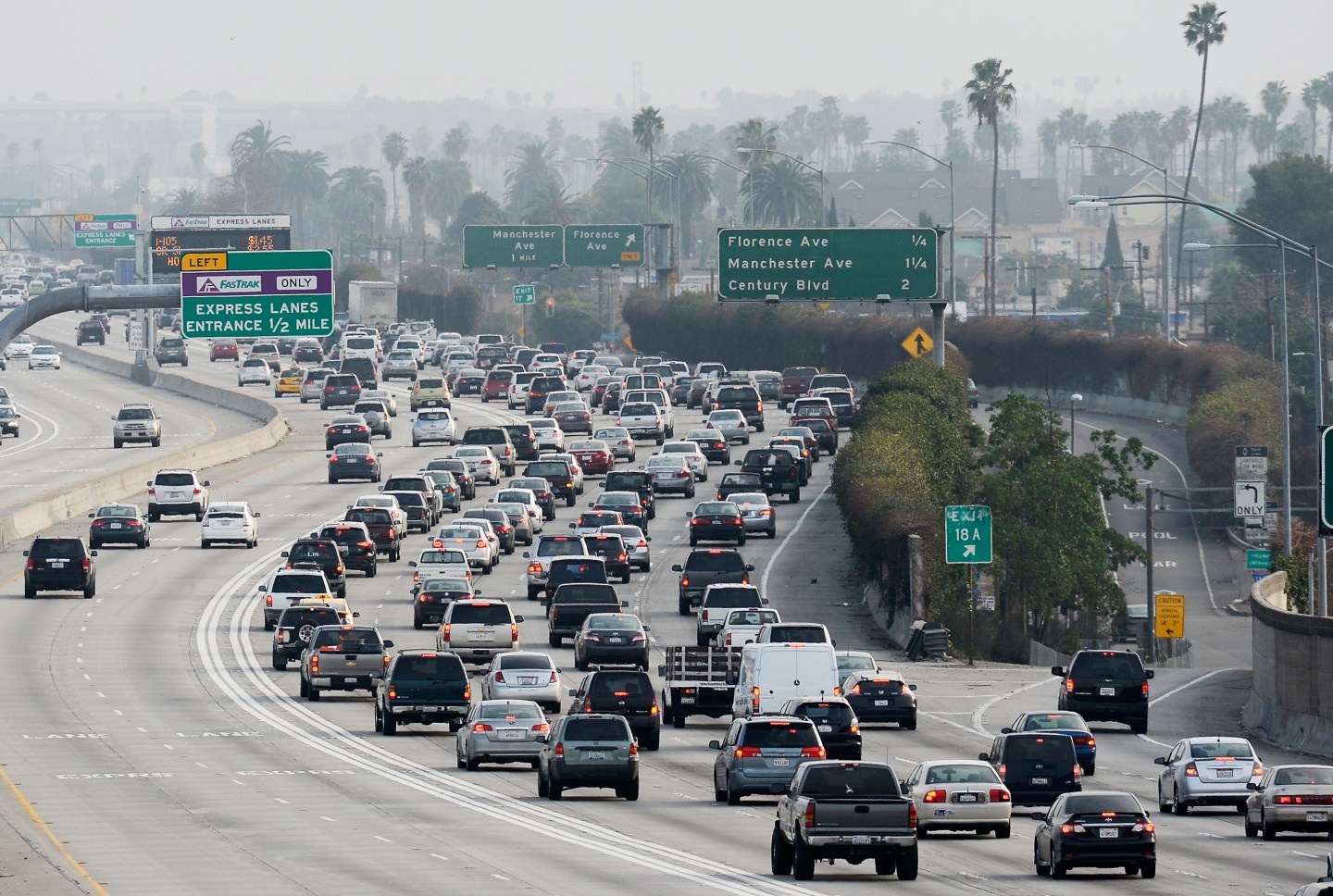 LOS ANGELES, CA - FEBRUARY 05: Traffic on the northbound and southbound lanes of the 110 Harbor Freeway starts to stack up during rush hour traffic on February 5, 2013 in Los Angeles, United States. According to a report, traffic congestion was the second-worst in the country in the greater Los Angeles area. An average commuter spent 61 hours delayed in traffic during 2011. The cost of the wasted time and gas is about $1,300 per commuter according to a report. (Photo by Kevork Djansezian/Getty Images)
Photograph by Kevork Djansezian—Getty Images

Los Angeles has been given the inglorious title of being the most traffic congested city in the U.S.

In the latest TomTom Traffic Index released by the Dutch navigation company, L.A. beats out San Francisco and New York for having the most anger-inducing gridlock, based on a database of over 14 trillion data points from TomTom’s users.

And for those hoping for some reprieve in Los Angeles, TomTom senior traffic expert Nick Cohn had some bad news: the traffic has been getting worse, as the congestion level has grow 10% over the last seven years.

The reasons could be that even with the 2008 recession factored in, residents in Los Angeles have continued to flood the roads with more cars. “The population has been coming up in the L.A. basin, and density has increased,” Cohn told Fortune. “L.A. been a resistant economy, and we see that in the continual increase of people on the road.”

Another trend Cohn notes is that the increases in traffic congestion has mostly happened on the West Coast, especially in areas where tech industries are flourishing. “For San Francisco and San Jose, that’s where the tech jobs are. You are not seeing a lot of great options for traveling along the the peninsula, where the jobs have been focusing,” Cohn said. One surprising ranking is that of Washington, D.C., which topped a recent study into traffic congestion, but places eighth in TomTom’s list.

Globally, Mexico City has been found to have the worst traffic congestion. That’s followed by Bangkok, Istanbul, and Rio de Janeiro. L.A. is the highest-placed U.S. city with a global ranking of 10.