One Year After Announcing Pact, the Uber-Carnegie Mellon Partnership Is Stalled 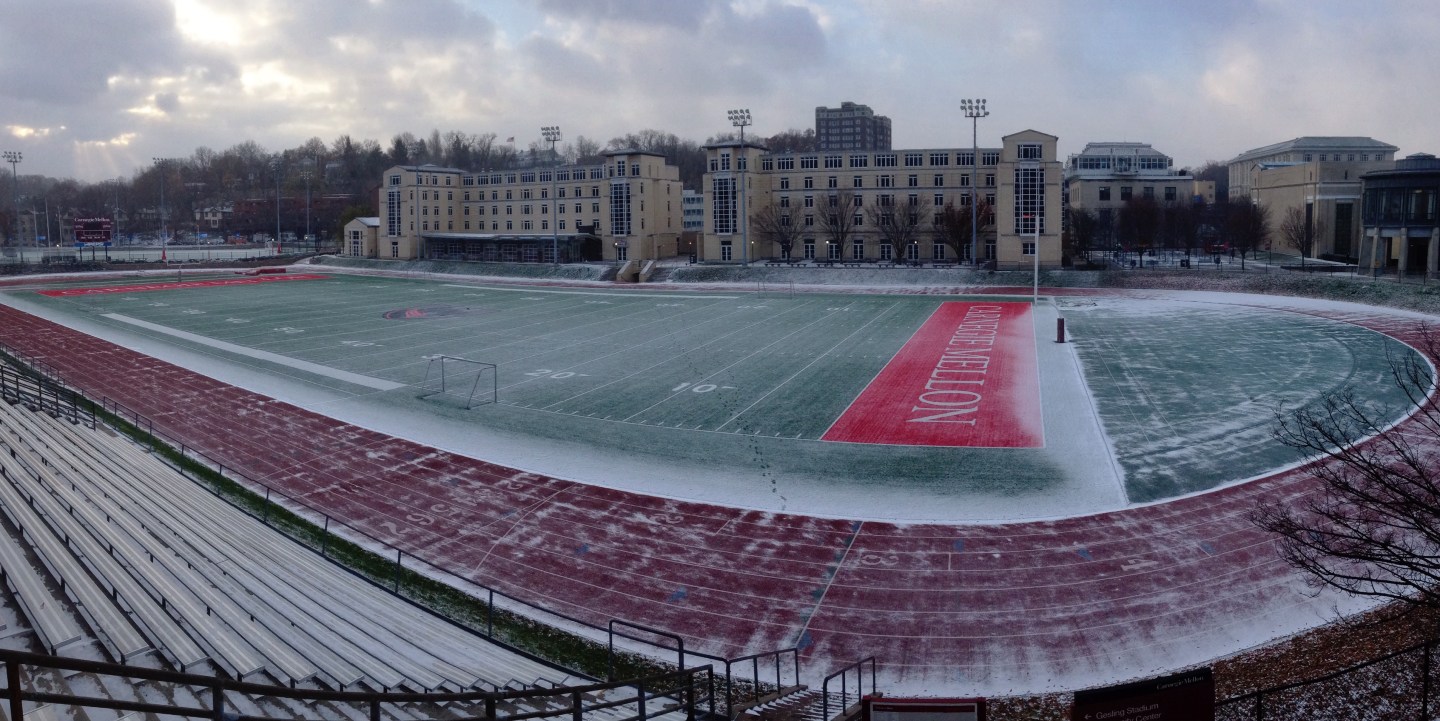 More than a year after Uber announced a research pact with Carnegie Mellon University—and then hired away four of the institution’s faculty and 36 researchers and technicians—the ride-hailing company and university have not collaborated on a single project, according to CMU faculty and administrators.

Herman Herman, director of CMU’s National Robotics Engineering Center, former employer of the experts Uber hired, said the center currently has no plans for research projects with Uber, adding, “certainly we are open to it in the future.”

Despite the lack of research collaboration, Uber in September provided the university with a $5.5 million gift to pay for new robotics faculty and graduate research.

“It’s not a high priority for us to get joint work with them,” Herman said. “Uber decided to give us a gift and that’s the extent of the relationship at this moment.”

When Uber in February unveiled the partnership with CMU, a top institute in robotics research, it envisioned a cozier collaboration. The company said on its website that it planned to work closely with university faculty and students on “research and development, primarily in the areas of mapping and vehicle safety and autonomy technology.”

Some CMU faculty see Uber’s gift as an attempt to make amends for depleting the university’s robotics staff.

“I think they mostly realized the impact with that hiring and they want to make sure they do the right thing for the university,” Herman said. The 40 people Uber hired now work at the company’s Advanced Technologies Center in Pittsburgh, Pennsylvania.

Other CMU faculty say Uber’s monetary support of professors and students could benefit the company, too.

“The best source of new employees would be from CMU,” said Raj Rajkumar, professor in the College of Engineering and director of the university’s transportation center. “It would make sense for them to have a very cordial relationship with CMU.”

Uber declined to answer questions from Reuters. In a statement, a spokeswoman said: “We’re very pleased to be in Pittsburgh and continue to be excited about our ongoing collaboration with CMU.”

Uber has plunged more deeply into developing self-driving cars, which could someday replace its contract drivers.

CMU MAY HAVE MOVED ON

Robotics leaders say CMU has moved on after Uber’s hiring spree, turning its attention to new projects and research partners. Earlier this month the university announced it had landed four new federal research projects, totaling more than $11 million over the next three years.

“We are very busy on our end,” Herman said. “We have plenty of projects and plenty of clients right now. And Uber is probably pretty busy setting up their” research center.

Uber’s relationship with CMU is quite different from a partnership it established in August with the University of Arizona. That collaboration, similarly focused on mapping and vehicle safety technology, has already produced research that is underway.

Thomas Koch, dean of the College of Optical Sciences, declined to provide more specifics, saying only the relationship with Uber was based on ongoing, funded research and that the company did not make a financial gift nor hire college staff.

Andrew Moore, dean of CMU’s School of Computer Science, said the university had received Uber’s $5.5 million gift and will use it to fund a chaired professorship and PhD students.

Moore said the strategic partnership announced last year has not come together. “This is just something we haven’t gotten around to,” he said. “We all have many priorities.”

Projects conducted at the National Robotics Engineering Center brought in an average of $27 million annually for fiscal years 2011-2015, according to CMU. Funding dropped to a projected $14 million for the current fiscal year, but is expected to go up to $17 million in the coming fiscal year.

“A year later, I’m very happy how this all ended out,” Moore said.