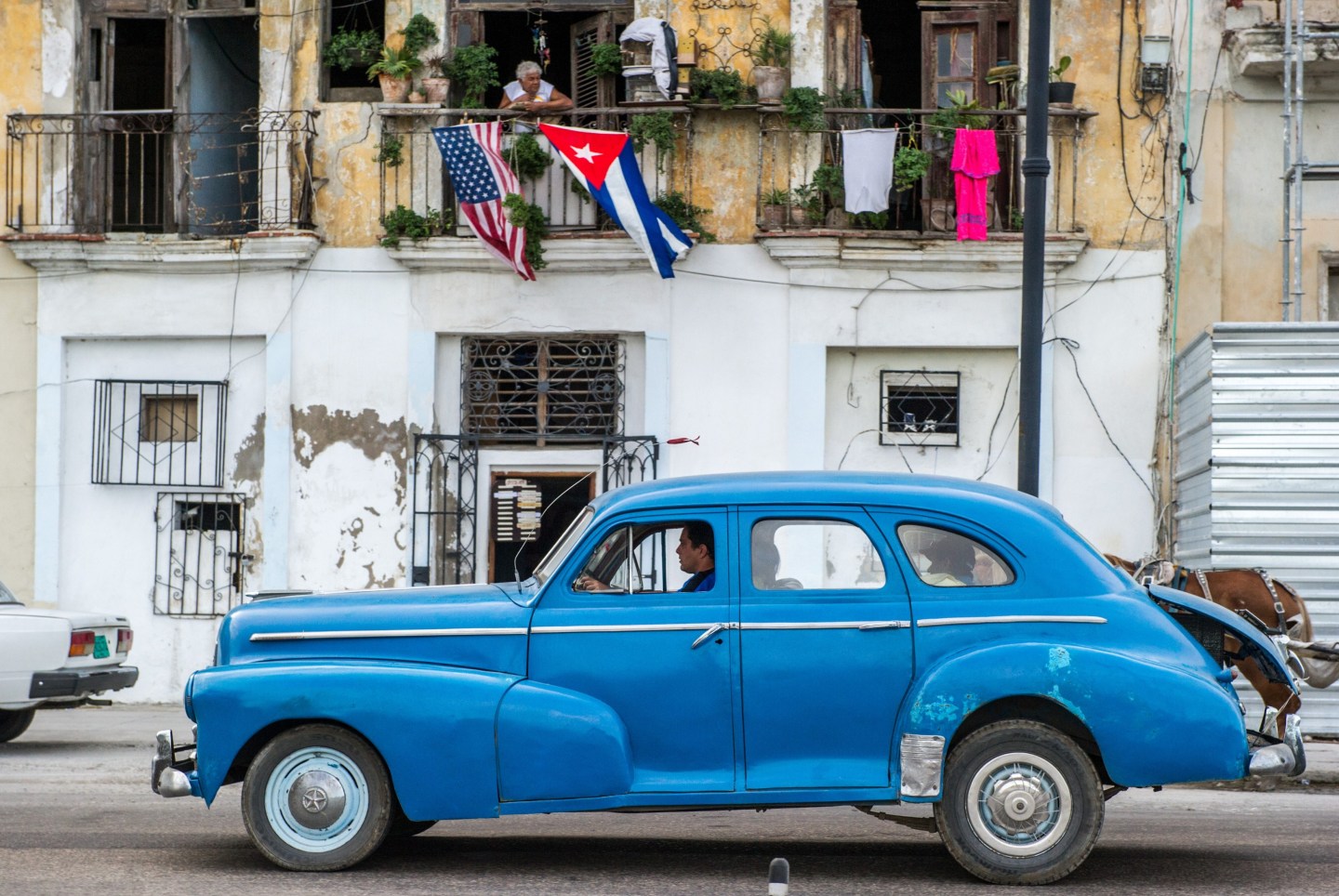 The U.S. and Cuba have had a strained relationship since severing relations in 1961, but things are slowly improving.

On Sunday, the Obama administration lifted restrictions on home-sharing service Airbnb’s activities in Cuba. As Fortune reported, travelers from around the world can now book accommodations in Cuba through Airbnb, not just authorized U.S. residents.

This marks a huge turn for the eight-year-old San Francisco startup, which has been operating on the island since April 1, 2015. This is largely because of loosened travel restrictions for U.S. residents to Cuba, courtesy of the Obama administration in 2009 and 2015. In the past year, more than 13,000 guests from the U.S. have stayed with Cuban Airbnb hosts, the company recently revealed.

And since Cuba’s economic and commercial isolation over decades has left it without the necessary infrastructure to handle a massive influx of travelers, especially from the U.S., Airbnb’s operations are likely a welcome resource for both travelers and Cuba’s economy. According to Airbnb, the average booking in Cuba in the past year yielded $250 in earnings for the host—quite the sum in that country. Airbnb’s operations in Cuba have been possible thanks to the Cuban government allowing its residents to rent out their homes by joining its network of casas particulares (similar to a bed and breakfast) and paying fees, an Airbnb spokeswoman explained to Fortune. For its part, Airbnb has been authorized by the U.S. treasury department since early 2015 to provide travel services in Cuba, including collecting a small commission from host earnings as it does everywhere else.

Still, travel to Cuba isn’t entirely open to U.S. residents yet, and only trips that qualify under the current restrictions are permitted—tourism isn’t one of them. Here’s a look at U.S. resident travel activity in Cuba over the past year, via Airbnb’s data:

The story has been updated with details about Airbnb’s collection of fees from Cuban hosts.