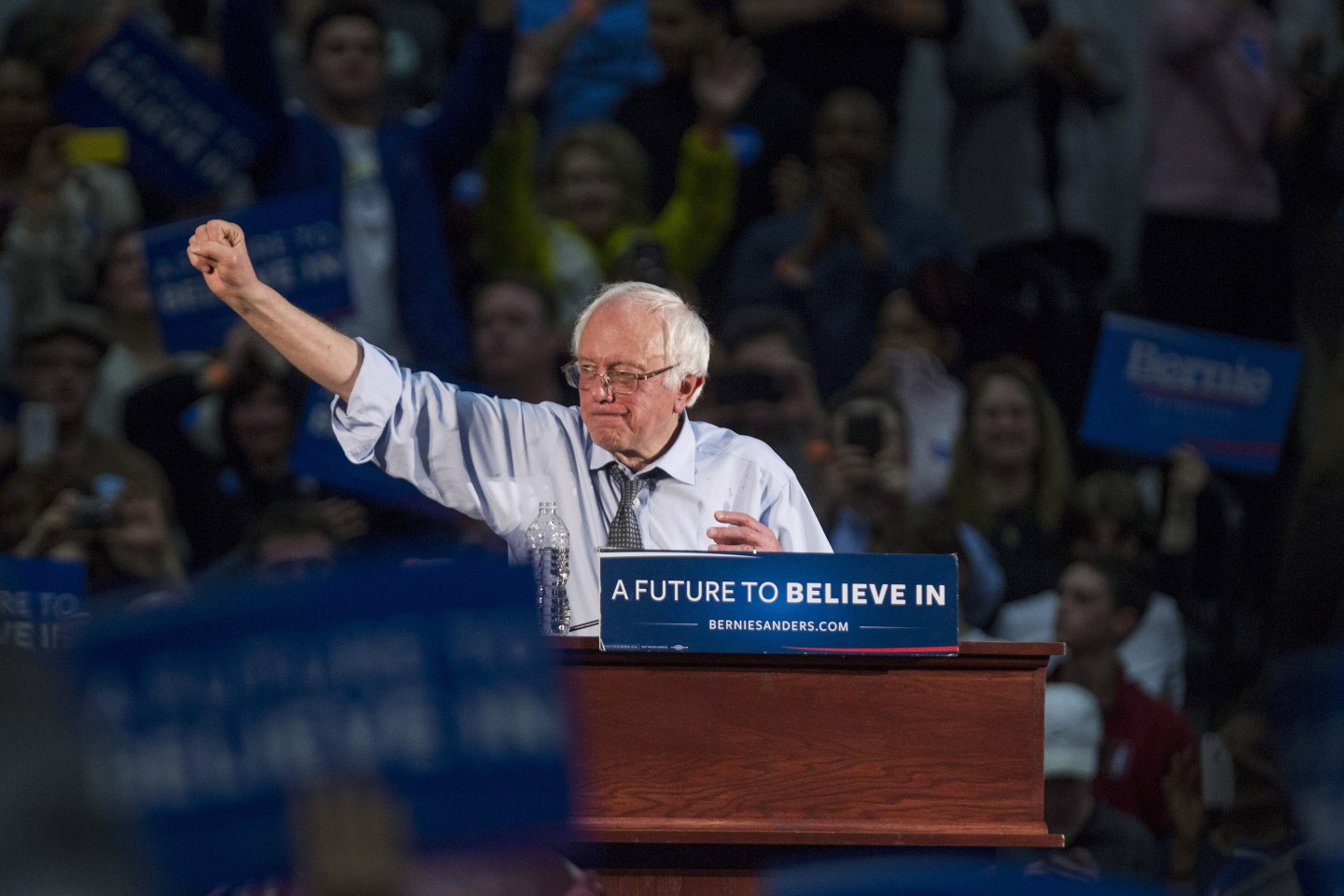 Sanders raised $43.5 million in the month, compared with Clinton, who raised $30.1 million.

The U.S. senator from Vermont has amassed much of his fundraising haul from online donations driven by supporters contributing small amounts of money.

While Sanders raised more than Clinton, he also spent more than the former secretary of state. At the end of February, Sanders had $17.2 million in cash remaining, the Post said. Clinton had $31 million, according to her campaign.