I Took My First SoulCycle Class at SxSW, and Here’s What Happened 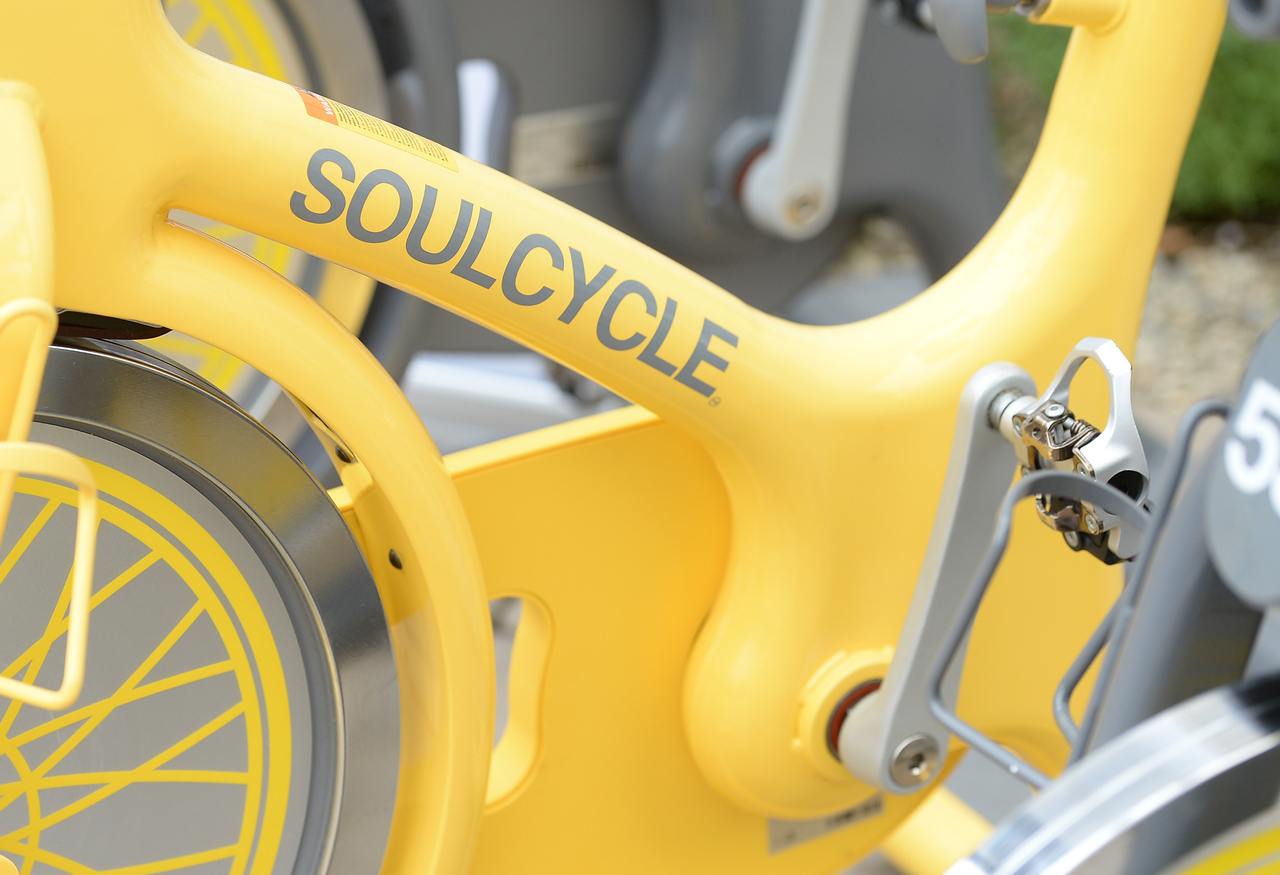 “Are you even sweating yet?” our instructor yelled as she bobbed from side to side and flipped her wavy beach blond hair. Around me, what seemed like a small army of dedicated fans cheered ever louder. In the corner of the room, DJ sensation Chromeo deftly curated our soundtrack as purple-pink lighting covered the walls of the otherwise dark room.

No, it wasn’t a rave—just my first ever SoulCycle class.

I chose to check out the fitness phenomenon during the annual South by Southwest tech festival in Austin this week. Music streaming service Spotify used its pull with top musicians like ILoveMakonnen, AlunaGeorge, and Neon Indian to get them to pump up the volume at SoulCycle’s workout sessions.

It wasn’t even 9 am, but I figured there wouldn’t be a better time and place than an exclusive class to see what all the SoulCycle fuss is about.

SoulCycle, which filed for an initial public offering in July, was founded in 2006 by Elizabeth Cutler, Julie Rice, and Ruth Zukerman, who has since left and co-founded rival company Flywheel. SoulCycle started in New York City’s Upper West Side, but has since expanded to Chicago and the West Coast to more than 48 fitness studios nationwide.

Our instructor, Monique, an energetic dynamo from New York, tried to keep things interesting by mixing up the routine as we furiously pedaled to the upbeat dance music. Her friendly, yet loud voice encouraged us to wake up and smell the sweat, so to speak.

SoulCycle didn’t invent indoor group cycling, but it has undoubtedly developed a brand so strong that thousands of fanatic (even addicted) customers happily shell out $30-plus per class, often multiple times a week. In its IPO filing with the SEC, SoulCycle revealed it had more than 383,000 customers who took 2.9 million rides in 2014, generating $93.8 million in studio fees that year.

The company’s fanatic customers are well-known, but as Montell Jordan’s “This Is How We Do It” enveloped the room with its 90s R&B beats, I finally saw the enthusiasm with my own eyes. Most of my fellow riders were not only swaying side to side, up and down in unison as they pedaled, but they were cheering and singing along with the music. Even I found myself mouthing some of the words.

But it wasn’t just their enthusiasm—several in the class were sporting SoulCycle t-shirts and tank tops. And many others were wearing gear from Lululemon (LULU), another athletic brand with a fanatic following, but a rocky past year with a couple of disappointing quarterly earnings and a slipping stock price.

It’s unclear whether that says anything about SoulCycle’s prospects as a publicly traded company.

Soon enough, Monique guided us into our upper body workout. As everyone picked up the small dumbbells tucked on the sides of their bike seats (except me, I somehow didn’t have any), the Chromeo guys kept the music—a blend of electronic music, funk, and hip-hop—upbeat so our energy never slacked.

Perhaps I wasn’t working out as much as I should have been, but at that point, the session felt quite manageable despite me not being in as good shape as I should be. I could feel sweat gathering in my lower back and my face was warm and glistening, but I was nowhere near death. And at least one report, from the Los Angeles Times in 2011, raised questions about the effectiveness of SoulCycle’s workouts and the safety of its upper body exercises.

For several minutes, we did bicep curls, swung our arms from side to side, and did a few more exercises. Though it was nice to take a small “break,” I was increasingly bothered by my bike’s seat. SoulCycle’s bikes were designed by the Villency Design Group in New York City, and have a split seat, which the agency says is more comfortable than traditional ones.

Still, I found it incredibly uncomfortable and shifted around, impatiently waiting until I could get off it. (I’m sure experienced SoulCycle riders would have plenty of tips and explanations for my discomfort, of course.)

As we approached the end of the ride, Monique asked us to stop pedaling and stretch each one of our legs. Unfortunately, I couldn’t figure out how to unclip my cycling shoes from the pedals (it was my first time!) so instead I took a few moments to relax and look around the room at my fellow riders and our musical guest.

Would I take more SoulCycle classes once I get back home in San Francisco? Probably not. The price is way too steep for my modest income as a journalist (this class was free, however, as a marketing gimmick for SxSW). And though I was a cheerleader in high school, these days I’m not so easily swept up in the type of team spirit others around me seemed to exude during the entire workout.

But was it a fun way to start the day? Sure.