This Is How Oppressed Women Are in Saudi Arabia 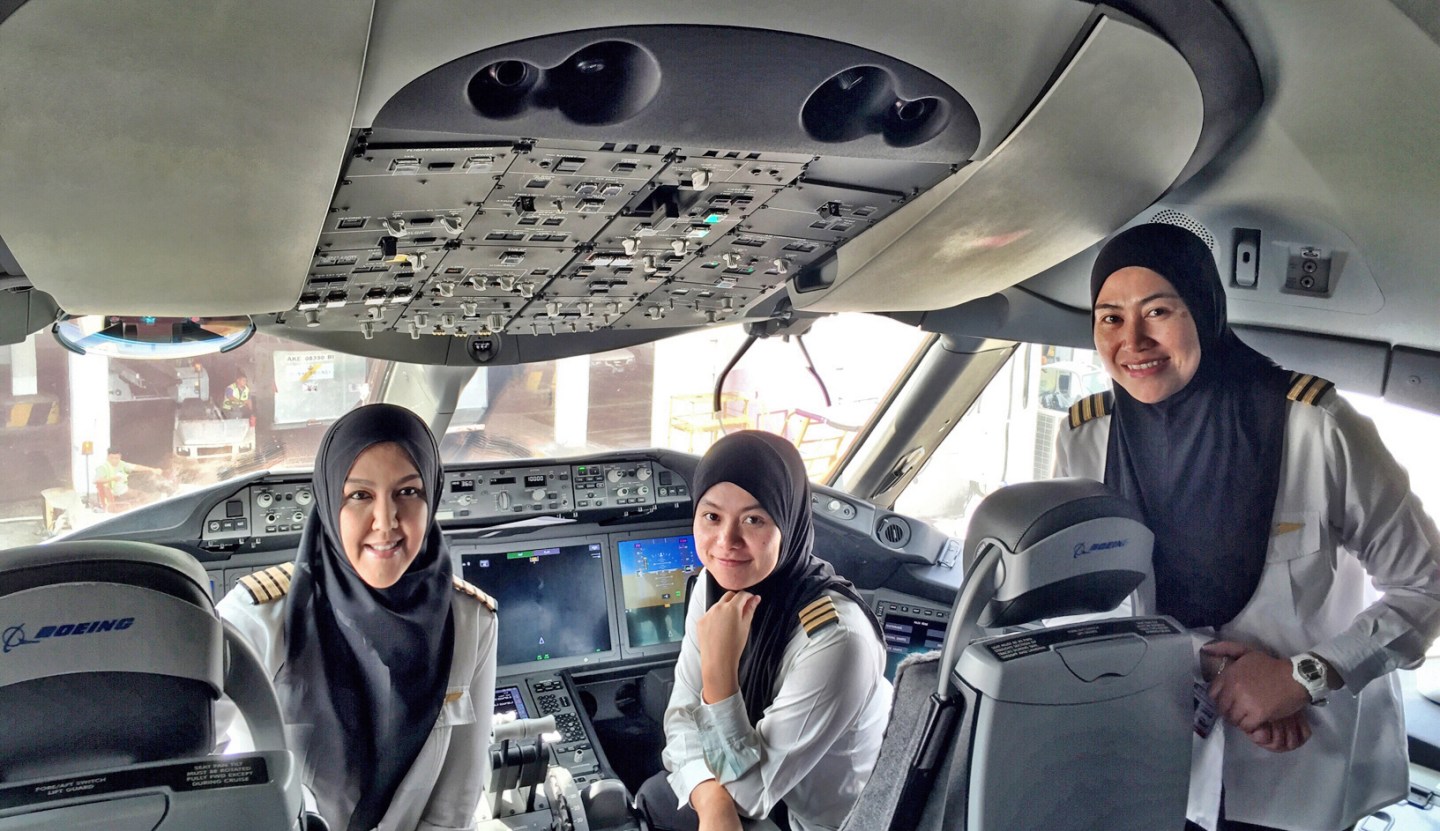 How oppressed are women in Saudi Arabia? Well, the World Economic Forum ranked Saudi Arabia near the bottom in its 2015 Global Gender Gap Index, with the country falling at 134 out of 145 countries. And it was only in December 2015 that Saudi women finally got the right to vote and run for office—and even then only in municipal elections.

But if you want to get a sense of just how ludicrous lives for Saudi women can be, ask Royal Brunei Airlines.

When Captain Sharifah Czarena Surainy piloted a Royal Brunei Airlines Boeing 787 Dreamliner to Jeddah, Saudi Arabia last month, she did so with an all-female flight crew, including Senior First Officer Dk Nadiah Pg Khashiem and Senior First Officer Sariana Nordin. It was a celebration of Brunei’s 32nd independence day, and it was the first time Brunei Airlines had an all-women crew pilot a flight.

Although there isn’t a law on the books banning women from driving, Saudi clerics argue that female drivers “undermine social values.”

There is a Women2Drive campaign on social media (more than 18,000 likes on Facebook) pushing for the right to drive in Saudi Arabia. An advisory council to the king recommended in 2014 to lift the ban, but only with limitations. Women would have to be over 30 years old, refrain from makeup, and off the road by 8 p.m.

Only 15% of Saudi women are employed outside the home. Women weren’t allowed to become lawyers until 2013.

Lubna Olayan, CEO of Olayan Financing Co., a multinational based in the country, has pushed to hire more women and even to have men and women alongside each other in the company’s Riyadh head office. The 400 women at Olayan make up only 3% of the total workforce, but that still puts the company at the leading edge of change.