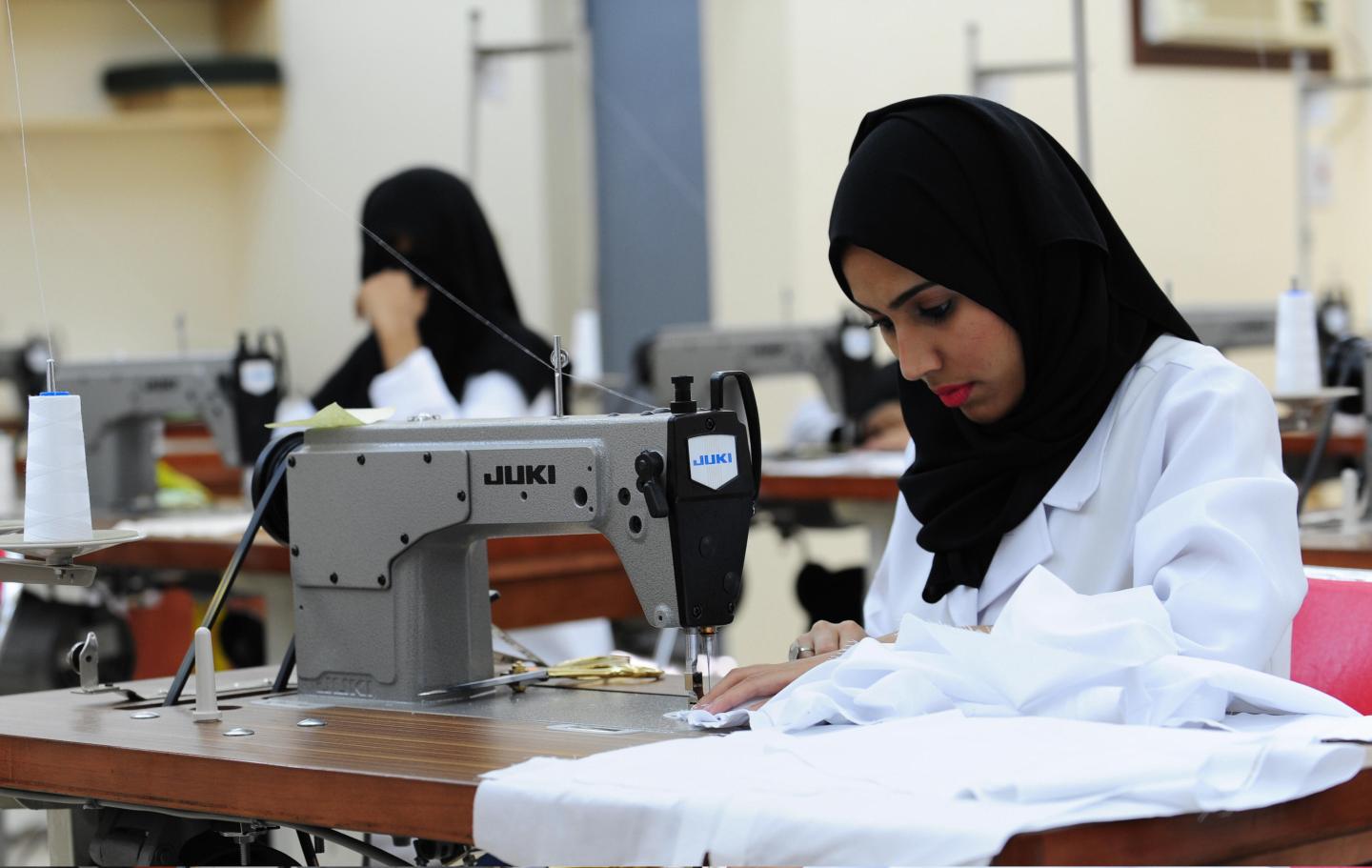 Saudi seamstresses work at a factory in the Red Sea city of Jeddah.
Photograph by Omar Salem—AFP/Getty Images

The number of women employed in Saudi Arabia has increased by 48% since 2010, according to the country’s Central Department of Statistics and Information and highlighted by Bloomberg.

The change is a result of limited gender reforms introduced by the late King Abdullah Abdulaziz. Saudi women are now permitted to work in retail and hospitality, and the first Saudi female lawyers were granted their practicing certificates in late 2013. Female nationals are now employed for diplomatic services as well; they can also be hired as newspaper editors and TV chat-show hosts, according to the BBC.

Changes have also been made in the education sector. Universities have expanded the areas of study available to female students, which now include law and architecture, Bloomberg reports. Female students accounted for about half of all Saudi university graduates last year.

Still, there’s a long way to go: Women only make up about 16% of the Saudi workforce in total. And other rules governing women’s behavior are still in place: Saudi women need to be accompanied by a male chaperone known as a ‘mahram’ when outside the house and are limited in the amount of time they can spend with male strangers.