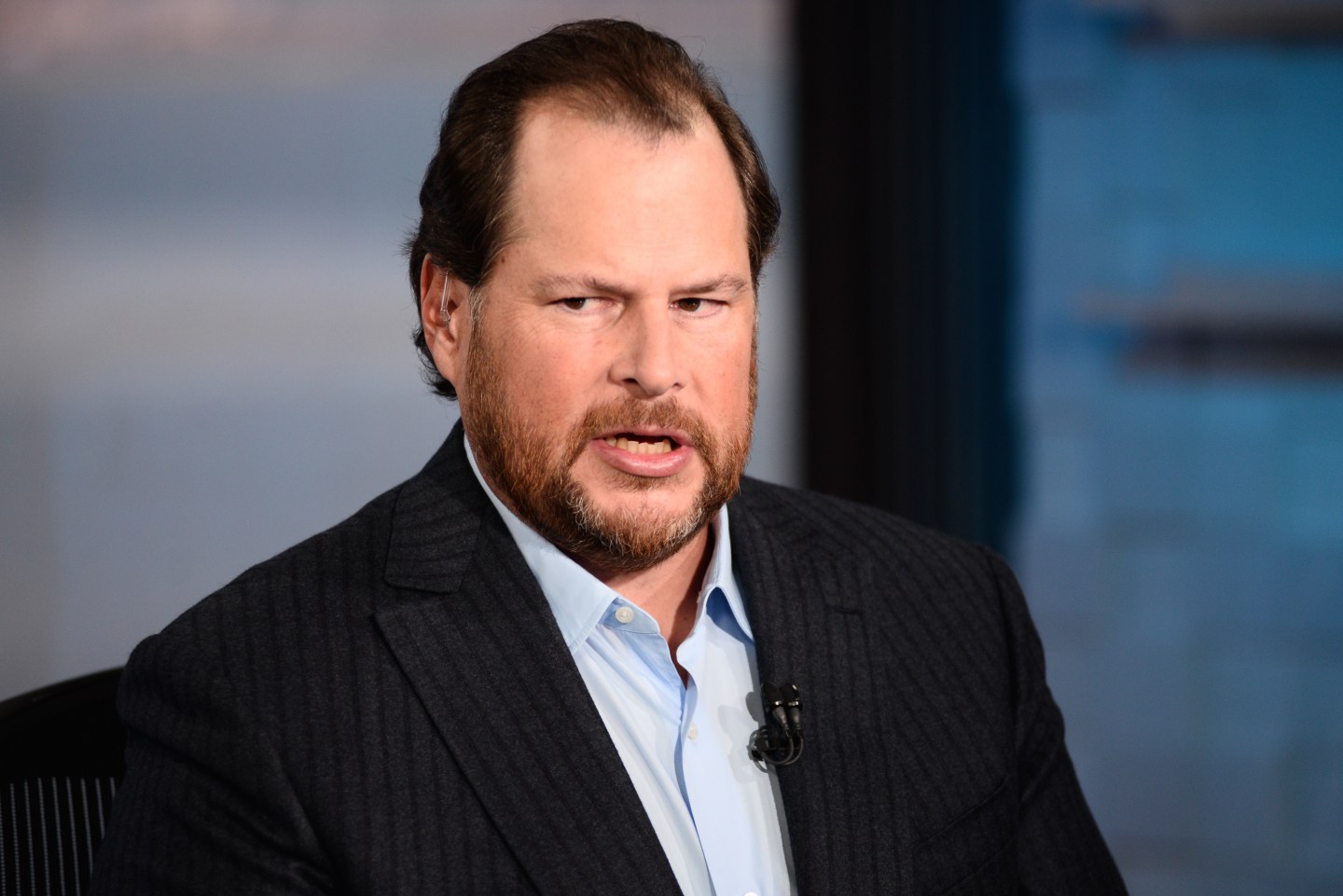 No one can accuse Marc Benioff of not voicing his opinion.

On Wednesday, the outspoken CEO of Salesforce tweeted about Georgia’s state legislature passing the Religious Liberty Bill: “Once again, Georgia is trying to pass laws that make it legal to discriminate. When will this insanity end?”

One again Georgia is trying to pass laws that make it legal to discriminate. When will this insanity end? https://t.co/4jBrNJtCz8

He also called on Georgia Gov. Nathan Deal to veto the bill and asked his Twitter following whether Salesforce (which currently employs 16,000 people) should divest from the state if the law passes.

On Thursday, Salesforce said in a statement regarding the bill:

If HB 757 is not vetoed and instead becomes law, Salesforce will have to reduce investments in Georgia, including moving the Salesforce Connections conference to a state that provides a more welcoming environment for the LGBTQ community.

The statement refers to opponents’ fear that the bill, which permits “faith-based organizations” to deny people services based on a “sincerely held religious belief” relating to marriage, can be used to discriminate against LGBTQ individuals and families.

As the Atlanta Journal-Constitution puts it, the bill, “is seen by some conservatives as an answer to the Supreme Court’s legalization of same-sex marriage but by corporate leaders and gay rights activists as legalized discrimination.”

Deal has until May 3 to decide whether to sign the bill into law. According to the AJC, the governor “has zealously guarded the state’s pro-business reputation” and has previously said that he would reject a bill “allows discrimination in our state in order to protect people of faith.”

The Salesforce chief is not the only major business leader to voice his opposition to the bill. Dell founder and CEO Michael Dell, Virgin Group founder Richard Branson, and Microsoft (MSFT) president Brad Smith are just a few of the corporate bigwigs calling for its veto.

Georgia must stop discrimination in the name of religious freedom https://t.co/E9R9ueejJr

We agree with the Atlanta Chamber of Commerce on keeping Georgia a great place to do business. #HB757 https://t.co/8q9uZKxPUf

This is not Benioff’s first fight. A year ago, he threatened to boycott Indiana over similar legislation. That bill, which was passed, was later revised due to pressure from corporations like Salesforce. He has also spoken out about equal pay for men and women, and has advocated for tech companies to be more involved in the nonprofit sector.