Refugee Crisis? There’s an App for That 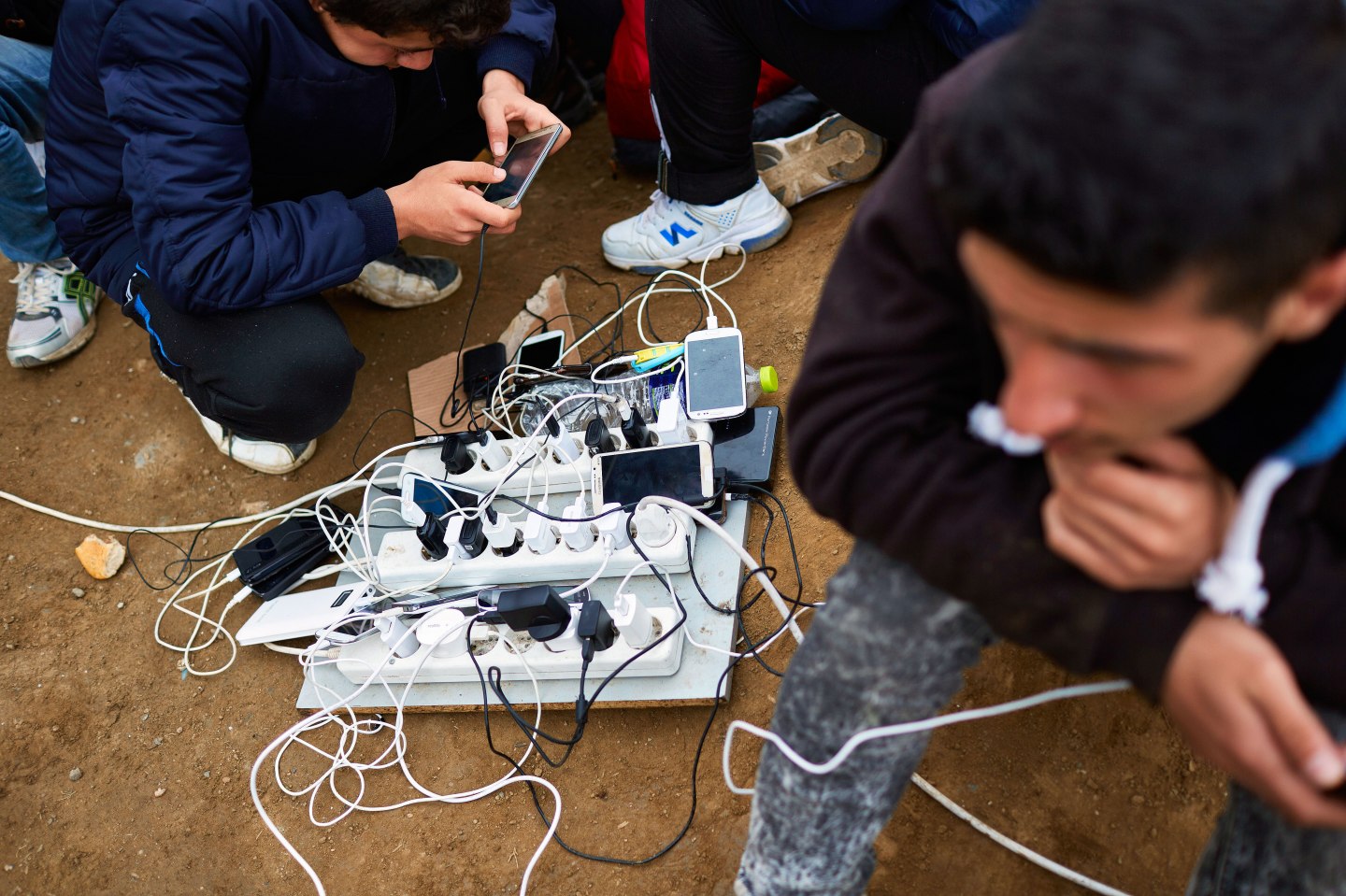 IDOMENI, GREECE - FEBRUARY 24: Refugees and migrants mostly from Syria charge their phones as they are stuck at the border with Macedonia as the border remained close since 9 am on February 24, 2016 in Idomeni, Greece. According to the local authorities 3000 to 3500 refugees and migrants wait to enter Macedonia to journey to Western Europe. Refugees from Afghanistan are not allowed to leave Greece and are turned back to Athens by bus. (Photo by Pierre Crom/Getty Images)
Photograph by Pierre Crom — Getty Images

Resettling millions of Syrian refugees is a big, hairy logistical problem, and Fortune 500 companies from Google (GOOGL) to Starbucks (SBUX) have donated money toward solving it. But increasingly, companies, especially tech companies, are finding they can offer more than money. In October President Obama thanked Kickstarter and Twitter (TWTR) for launching new software that makes it easier for non-profits to collect donations.

Still, the logistical problems run deeper than “click to donate.” Most refugees travel without identification, and there are long waits to get work permits or bank accounts. This impedes assimilation—refugees want to work, continue their children’s education, and return to some version of normalcy. In Finland, which accepted 32,480 refugees last year, the government was so overwhelmed it began reaching out to startups for help. Many of those startups see business opportunities in online education, banking, job placement and online marketplaces for refugees.

Take Moni, an online payments startup that recently launched a pilot program with the Finnish government. Up until now, the government has been distributing monthly allowances to refugees in cash. That proved expensive, inefficient, and not secure. Now Moni enables distribution through virtual accounts linked to prepaid cards. Moni was created two years ago to serve underbanked populations, says founder Antti Pennanen, “so this is a great opportunity to learn.” An opportunity to expand as well: the company is obtaining an eMoney provider license to deliver this service across the European Union.

Likewise, Funzi streamlines the arrival and assimilation process—from finding reception centers and applying for asylum, to figuring out schools, work permits and the local language—into a guided “customer journey.” The startup counts Finnish ministries, cities, universities and the Finnish Immigration Service among its paying clients.

When it comes to refugees, non-government organizations appreciate when businesses think beyond charity. “If we [only focus on donating money], we’re distinctly limiting the potential impact that we can have on finding a solution,” says Brian Reich, project director of The Hive, a U.S. special projects unit for the UN Refugee Agency. “For-profit companies know how to deal with large, moving populations of this kind much more than the non-profit companies that deal with them.”

A version of this article appears in the March 15, 2016 issue of Fortune with the headline “How Business Can Really Make a Dent in Refugee Relief.”