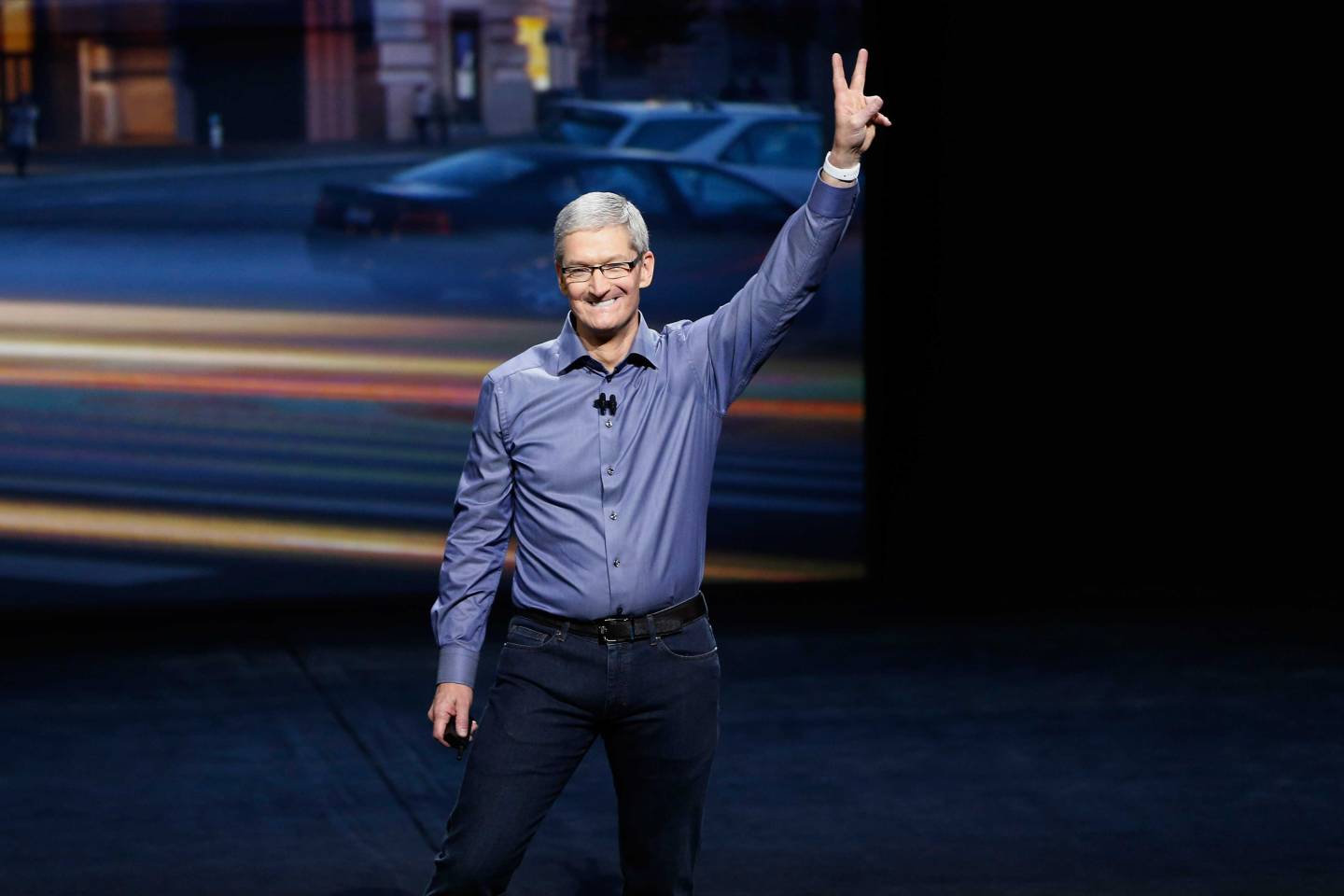 SAN FRANCISCO, CA - SEPTEMBER 9: Apple CEO Tim Cook waves as he arrives on stage during an Apple Special Event on at Bill Graham Civic Auditorium September 9, 2015 in San Francisco, California. Apple Inc is expected to unveil latest iterations of its smart phone, forecasted to be the 6S and 6S Plus. The tech giant is also rumored to be planning to announce an update to its Apple TV set-top box. (Photo by Stephen Lam/ Getty Images)
Photograph by Stephen Lam — Getty Images

Apple may not find too many friends in law enforcement soon.

As Apple continues to grapple with the FBI over unlocking the iPhone used by San Bernardino attacker Syed Farook, it’s also eyeing ways to improve encryption on its cloud-based platform iCloud, the Wall Street Journal is reporting, citing sources. The Journal’s sources say that Apple wants to build enough encryption into iCloud that only the account’s owner could access the data.

Encryption has become a hot button topic in the technology world following the FBI’s repeated attempts to compel Apple (AAPL) to create software that would help the agency unlock Farook’s iPhone. Apple has denied the requests, saying that providing such software could unlock a rash of privacy issues. Since then, the FBI and Apple have argued back and forth, and debates continue to rage over the proper balance between data privacy and the ability for law enforcement to do its job.

At the center of Apple’s encryption argument is its Messages platform. Communication between two Messages users is encrypted from one end to the other, effectively eliminating the opportunity for law enforcement agencies to access the communication. The FBI, other law enforcement agencies, and some lawmakers argue that such encryption is dangerous and can make it easier for terrorists or criminals to freely communicate and engage in illegal activities.

However, Apple and its supporters believe encryption protects individual rights. The company has said it would be willing to take its case to the U.S. Supreme Court in defense of a person’s privacy.

Apple’s iCloud, however, is a different story. While there are some security safeguards in place, including a featured called iCloud Keychain that encrypts certain information such as credit card data, content shared through a cloud-based platform is more easily accessible. Indeed, the images, documents, and other digital content shared through iCloud could technically be accessed by Apple and handed over to law enforcement agencies—as long as the company is served a warrant for the data.

Improving iCloud’s encryption would effectively eliminate that opportunity for law enforcement agencies to access the images and videos synced across Apple’s platform.

In a report last month citing its own sources, the Financial Times said Apple was working on a way to improve encryption so it could not copy data from an iCloud backup. That report added Apple would hand over the digital keys, giving the power to unlock iCloud backups to the users. Therefore, if the company is presented with a warrant to access iCloud backups, it couldn’t comply. Law enforcers would then ostensibly need to physically have the device and access the person’s iCloud account, all without Apple’s involvement.

Even before Apple started its battle with the FBI, the company signaled that improvements to iCloud security could be coming. After celebrities, including Jennifer Lawrence, were the victims of an iCloud attack in 2014, Apple CEO Tim Cook said that his company would bolster iCloud security. Incidentally, the Justice Department on Wednesday announced that it had charged a man who allegedly stole the celebrities’ iCloud data as part of what became the “Celebgate” hack that exposed nude photos of Lawrence and others.

For more about iCloud security, watch:

While encrypting iCloud data will appeal to privacy advocates, it could create an even more troubled relationship between the FBI and Apple.

In an interview with the Journal on Wednesday, a former federal prosecutor in Virginia, Edward McAndrew, said that law enforcement agencies use iCloud backups for their investigations “very significantly and very often.” Encrypting those backups would mean those agencies could have one less place to access data. Once again, the debate over privacy and law enforcement rages on.

Neither Apple nor the FBI responded to a request for comment.