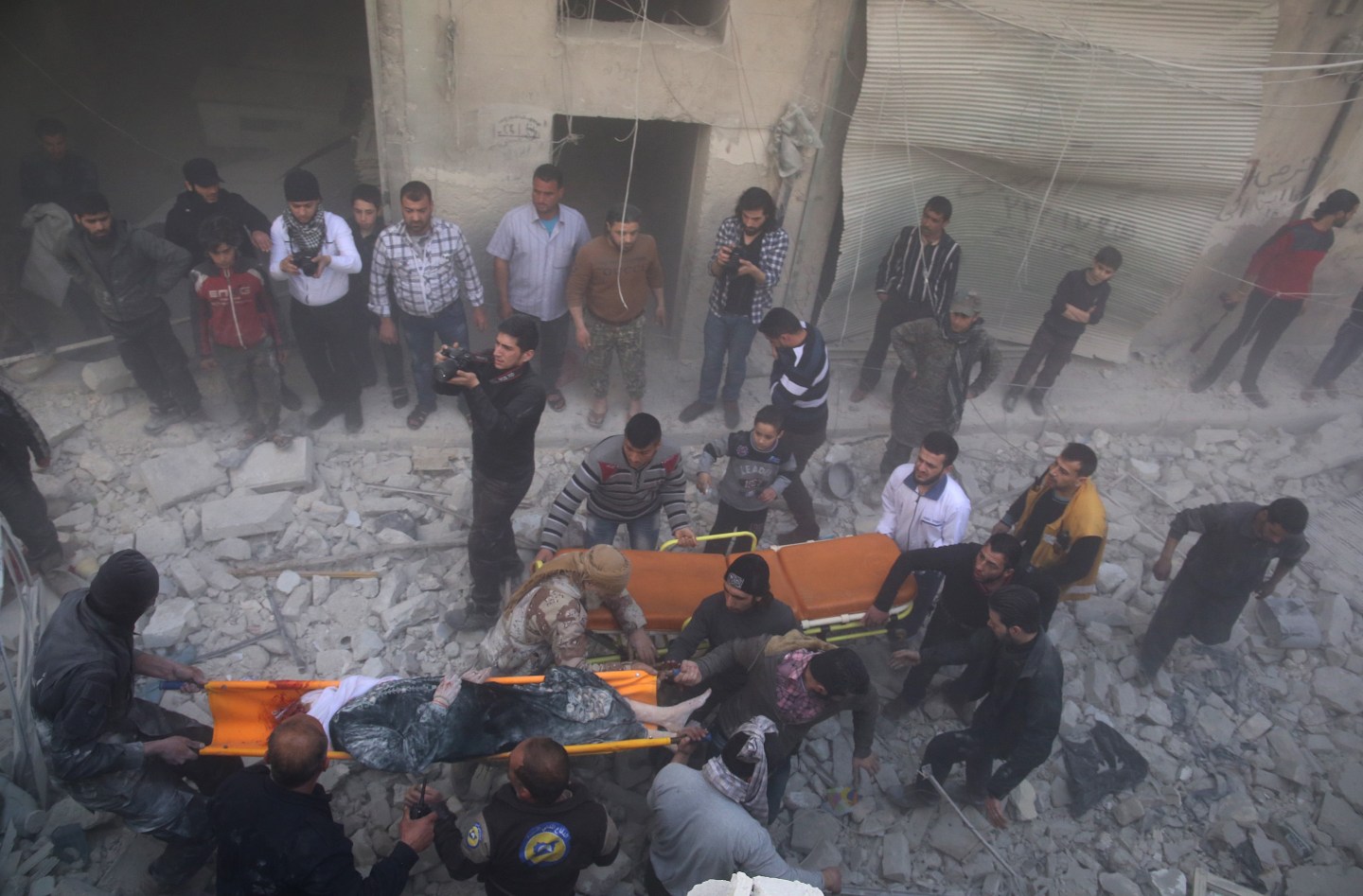 Wall Street stock futures are lower this morning under pressure from profit-taking after recent gains. Oil prices are down another 2.5% with U.S. crude futures back at $36.27 a barrel by 0700 ET as the market takes on board the lack of real output restraint by major producers.

Today’s must-read story is by Fortune’s John Kell on the surprising inspiration behind Dogfish Head beer, the Delaware-based craft brewery known for its unusual flavors.

1. All Putin’s saying is ‘Give Peace A Chance’

…or else he’ll be back. The Kremlin boss said the main part of Russia’s armed forces in Syria will pull out, having achieved most of their goals. The surprise move allows Russia to quit an expensive and potentially open-ended war while it’s ahead, while putting pressure on President Bashar Al Assad, whose government Putin has supported to negotiate a meaningful peace deal with rebels while he still has a position of relative strength.

Republican and Democrat voters head to the polls in Florida, Illinois, Missouri, North Carolina, and Ohio to cast their vote for each party’s presidential nominee. The third super Tuesday of this year’s primary cycle comes just days after protests turned violent in Chicago, causing Donald Trump to cancel his appearance there. Today will be an important inflection point for the Republican candidates. If Trump sweeps the delegates, it would likely leave only extreme measures, like a contested convention, to prevent his candidacy.

The director of the Google (GOOG) self-driving car division, Chris Urmson, and other auto industry executives will address Congress tomorrow concerning their efforts to innovate safe and effective vehicles that don’t need human drivers. Representatives from General Motors (GM), Delphi Automotive (DLPH), and ride-hailing app Lyft will also be at the hearing, which is trying to determine the “appropriate role of government in promoting innovation including removing unnecessary hurdles” for the new technology.

The Commerce Department releases retail sales data for February, which is likely down slightly from the month prior as vehicle purchases cooled and low gas prices means less dollars spent at the pump. U.S. retail prices were likely down 0.2% last month, according to the average economist estimate.

5. March Madness is on the horizon.

Get your bracket ready, the annual NCAA college basketball tournament kicks off Thursday. The first game in the round of 64 teams starts Thursday at 1:30 p.m. ET when Colorado University faces off against University of Connecticut. The stakes are especially high if you’re a Berkshire Hathaway (BRKA) employee this year. Warren Buffett said he will give the winner of the office bracket contest $100,000, and if an employee can accurately guess all the games in the first two rounds, that person will will $1 million a year for the rest of his or her life.