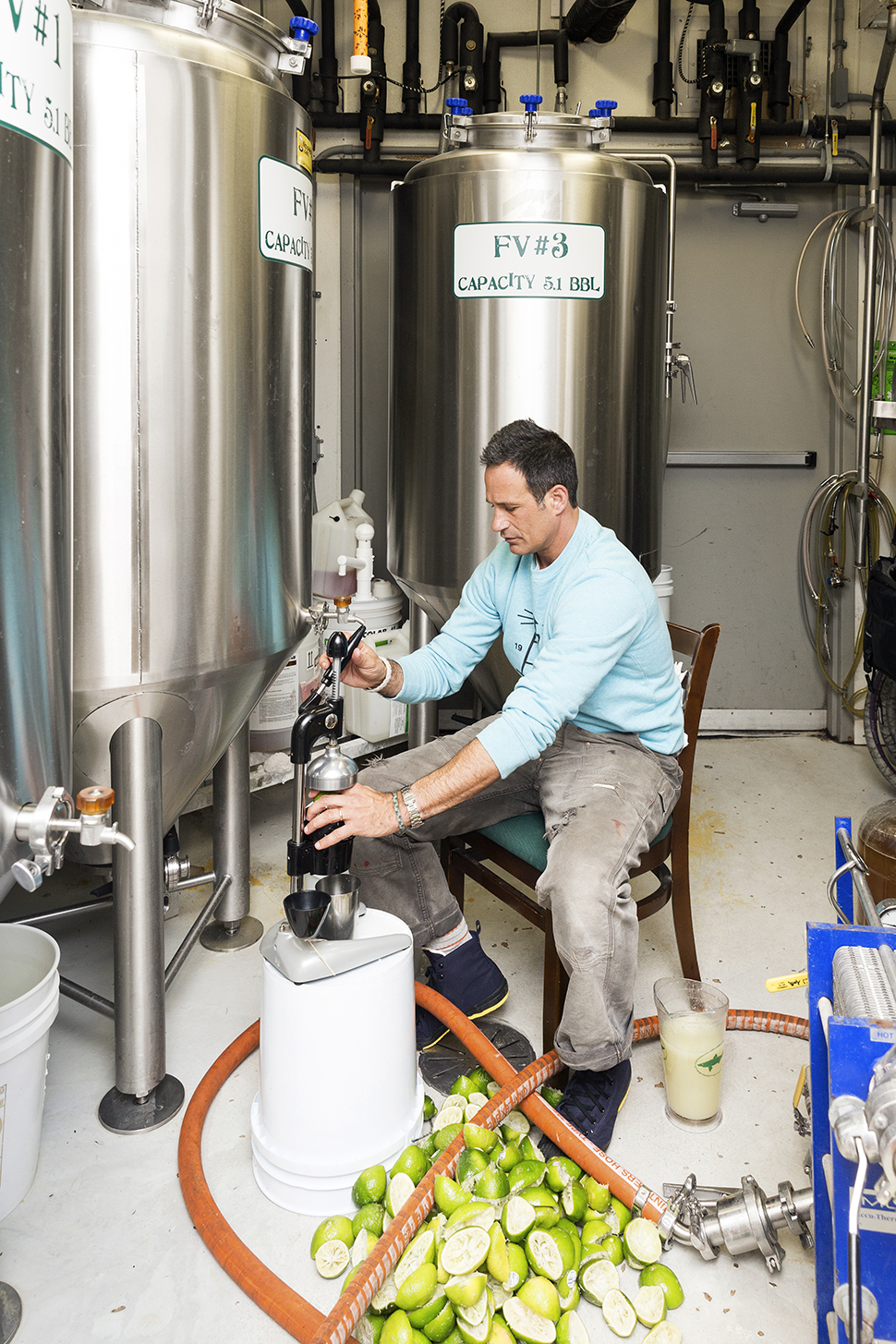 Ask Sam Calagione about how his brewery comes up with its unusual flavors, and the Dogfish Head Craft Brewery founder may surprise you by reciting from 19th-century essayist Ralph Waldo Emerson.

While sipping beers and touring the Milton, Del., brewery, located roughly 16 miles off the Atlantic Coast, Calagione also speaks of finding inspiration from Minnesota-based punk rock band the Replacements and a Chinese brewing process that is 9,000 years old.

“I wanted to use the limitless array of culinary ingredients to bring a limitless degree of creativity into commercial brewing,” Calagione says, explaining his method of brewing as many as 70 different styles of beer a year.

It sounds wild, but it works. At one point, the brewery was the smallest operation in the country; today it is America’s 13th-largest craft brewer. Overall, craft beer has been a fast-growing industry, now making up over 11% of the $102 billion domestic beer market. Case sales of craft beer jumped 18.8% last year and easily bested the industry’s 2.1% increase, says market research firm IRI, which tracks sales at supermarkets, gas stations, and other retail outlets.

A brewer shovels out the used grains.Photograph by Christopher Lane for Fortune Magazine

When Dogfish Head made its debut in 1995, it was part of a second wave of small breweries that were following pioneers Sierra Nevada and Samuel Adams (SAM). While Sierra Nevada found inspiration from England’s pale ales and Sam Adams produced lagers based on German styles, Dogfish Head leaned on cuisine.

Calagione and a brewmaster put black limes in panty hose, which serves as a filter.Photograph by Christopher Lane for Fortune Magazine

“People thought we were thumbing our nose at tradition when we put coffee or maple syrup into beer,” Calagione says.

With all the experimentation at Dogfish Head, how does the brewery decide which beers make the cut? An internal team of 45 tasters meets daily. New beers are introduced slowly, beginning with an initial small batch. Feedback from distributors, social media, and beer bloggers all help determine whether the beer is rolled out nationally. Tweaks to the recipe also occur during the market-testing period.

At the brewery’s lab, samples are tested weekly for quality control.Photograph by Christopher Lane for Fortune Magazine

To Calagione, beer is “liquid food.” He prefers to turn to the culinary world for inspiration rather than toward European beer styles. He has plenty of company, as 71% of craft-beer drinkers say they buy beer to complement their food, a Nielsen survey has reported. Just 20 years ago, getting ale lovers to try a Belgian white beer was a leap. There are far more exotic offerings on bar taps today as Americans become increasingly adventurous.

“The average consumer is geeking out more on what they eat and drink,” Calagione claims. “Everything is more flavorful.”

Coriander is sized up.Photograph by Christopher Lane for Fortune Magazine

Beer lore sides with Calagione. Ancient recipes indicate beers were once made with ingredients like saffron, sake rice, and honey. When Dogfish Head opened, many were adhering to the Reinheitsgebot—a 500-year-old German purity law that rigidly defined beer. Dogfish Head has helped lead the charge by pushing back against those standards; other craft brewers have followed.

Calagione, 46, got his first taste of the beer business waiting tables at a Manhattan bar after graduating from Muhlenberg College. Inspired, Calagione bought a home-brewing kit and, on a whim, added overly ripe cherries to the mix.

“The beer turned out wonderfully,” recalls Calagione. He stood on his coffee table and told his roommates he had discovered his passion. Figuratively and literally, he got a buzz from the idea of making his own beer.

The next two batches “sucked,” but Calagione persevered. He quickly raised $220,000 in an initial round of funding.

Thinking creatively has led to frothy success. Dogfish Head produces 250,000 barrels of beer annually. Typically, the company’s beers retail for $52 a case, far above the $35-per-case average for craft. High quality and innovation are why Dogfish Head can charge more, Calagione says.

For more on the beer industry, watch this Fortune video:

That brings us back to Emerson—the external voice that guides Calagione. The quote? Perhaps not surprisingly, it’s in praise of ignoring the well-trod path—and finding your own: “He who would gather immortal palms must not be hindered by the name of goodness, but must explore if it be goodness.” For Calagione, that goodness should come in a pint.

A version of this article appears in the March 15, 2016 issue of Fortune with the headline “Crafting Beer for Serious Foodies.”