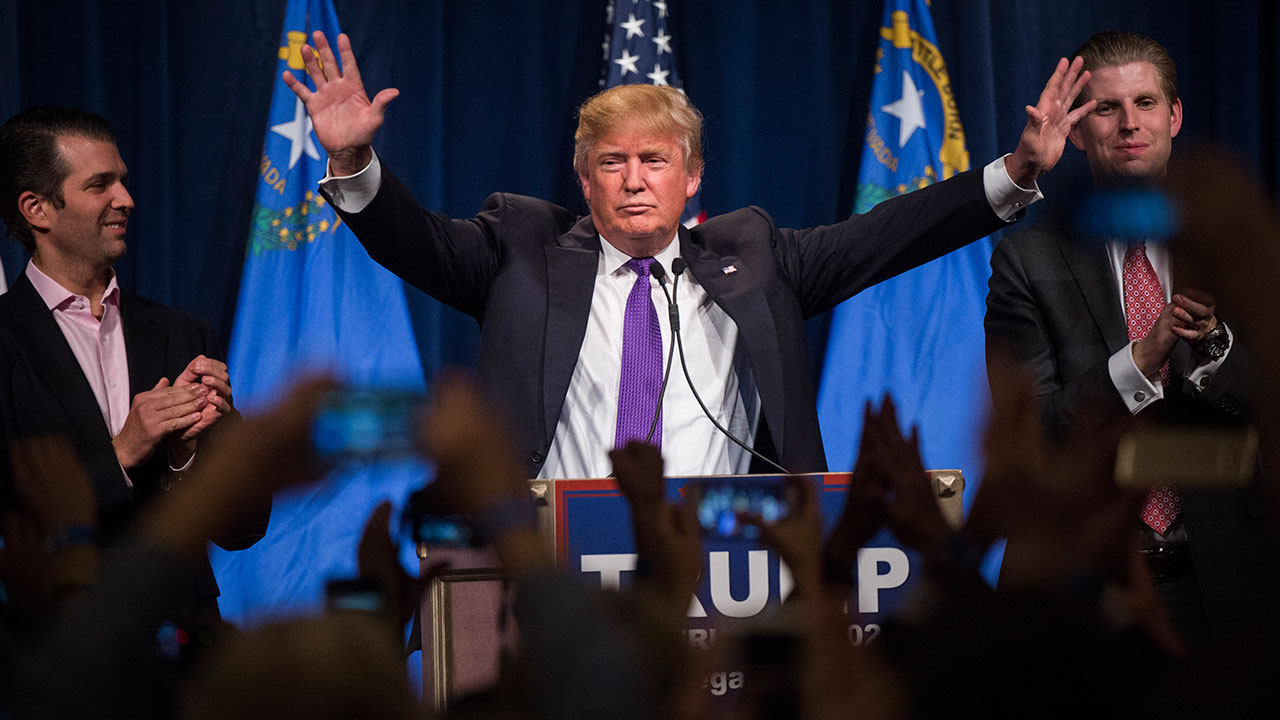 It’s a pretty safe bet you’d like Donald Trump’s money. It’s likely too you wouldn’t mind Trump’s celebrity. And if you have a taste for politics, well, you wouldn’t half mind being the leading contender for the presidential nomination of a major political party. So the world of The Donald ought to be pretty sweet.

The problem is, the world of The Donald is a very different thing from the mind of The Donald. And that might be a less happy place to be.

By now, it may not come as much of a surprise that Donald Trump appears to think a great deal of Donald Trump. Unavoidably, this has led a lot of people to slap the narcissist label on him, myself included. But a label is not the same thing as a diagnosis, and that’s important. The looks-like-a-duck, quacks-like-a-duck standard is fine for casual conversation and Sunday morning talk shows, but psychologists require a bit more.

Still, it’s undeniable that Trump’s behavior at least appears consistent with clinical narcissism, and in fact, a particular kind of narcissism—the one psychologists call the “mask model.” As its name suggests, mask model narcissists use the self-adoring narcissistic pose as a way to cover up its exact opposite—a profound insecurity and lack of self-esteem.

It is, in some ways, the most painful kind of narcissism, driven by a deep need to fill an even deeper psychic hole. Frank Bruni of the New York Times touched on this aspect of the Trumpian personality—what he called an “epic neediness”—in a way that makes Trump, improbably, almost a sympathetic figure: “I was and am transfixed by … the scope and intensity of his hunger for adulation,” Bruni wrote. “It’s bottomless, topless, endless, insatiable. He gazed upon a teeming arena of admirers and neither their presence nor their numbers was quite enough.”

It will be for the American electorate to reckon with the phenomenon that is Trump, and that is a job best done by judging his temperament and his expressed policies, without speculating too much about the psychological machinery that animates them. But there is still something to be learned from watching his behavior. There are, after all, plenty of real narcissists at large in the world—and, perhaps, in your life. Dealing with them is a lot more complicated than just checking a box on Election Day.

As I wrote in my book The Narcissist Next Door, studies of identical twins have concluded that narcissism might be anywhere from 64% to 77% heritable. That does not mean that there is such a thing as a gene for narcissism, without which you don’t have the problem and with which you’re stuck. Rather, genes are just the narcissistic kindling, which then has to be ignited and oxygenated by your experiences.

For some people, those experiences involve a childhood spent as a princeling or princess—the pampered, indulged child who grows up with a deep sense of entitlement. This is what makes real princes misbehave—think erstwhile bad boys Prince Harry or Prince Andrew. It might also be what’s behind the serial scandals and even crimes of professional athletes—people who have been borne aloft on their abilities from the time they were children, and who come to believe rules don’t apply to them.

Mask model narcissism is a different, sorrier business. Identified as early as the 1930s by Austrian psychoanalyst and theorist Heinz Kohut, it is thought to be the result of what Kohut described as a childhood in which “parents are neglectful, devaluing or unempathetic. This individual,” Kohut wrote, “will be perpetually searching for affirmation of an idealized and grandiose sense of self.”

A much more recent 2008 study published in the journal Social and Personality Psychology Compass by psychologist Jennifer Bosson of the University of South Florida, affirmed both the power and the pain of mask model narcissism. “The mask model offers an appealing answer to why narcissists behave as they do,” Bosson wrote. “Narcissists self-aggrandize, manipulate, derogate and exploit because deep down inside they actually dislike themselves. Not only does this answer make intuitive sense to many, it also fits nicely with current thinking about people’s introspective access to their own inner selves.”

Most of the time though, it’s for people working with or living with or married to the mask model narcissist to find their own ways to manage the disorder. In many cases, the answer is not to manage it—to quit the job or end the relationship or leave the marriage. But for people who stick around, the first step is empathy—to understand that what appears to be a person who feels vastly greater-than is actually one who feels scarily less-than, and that has to hurt.

Offering praise whenever possible and candid criticism when appropriate—tough-love honesty mixed with regular reward pellets of validation—can also help feed the narcissist’s needs while still insisting on a standard of decent behavior. And coaxing—or pushing—the narcissist into either individual or family therapy can mean better coping skills for everyone touched by the disorder.

The Trump circus will end one of two ways—either with a failed candidacy or a Trump presidency—but it’s hard to argue that the exercise so far has been good for the nation. Still, watching the behavior of The Donald on the stump can at least get us thinking about how to deal with The Donalds in our world—a campaign season dividend will last well beyond election year.