How I Barely Survived A SXSW Morning Workout With An Olympian 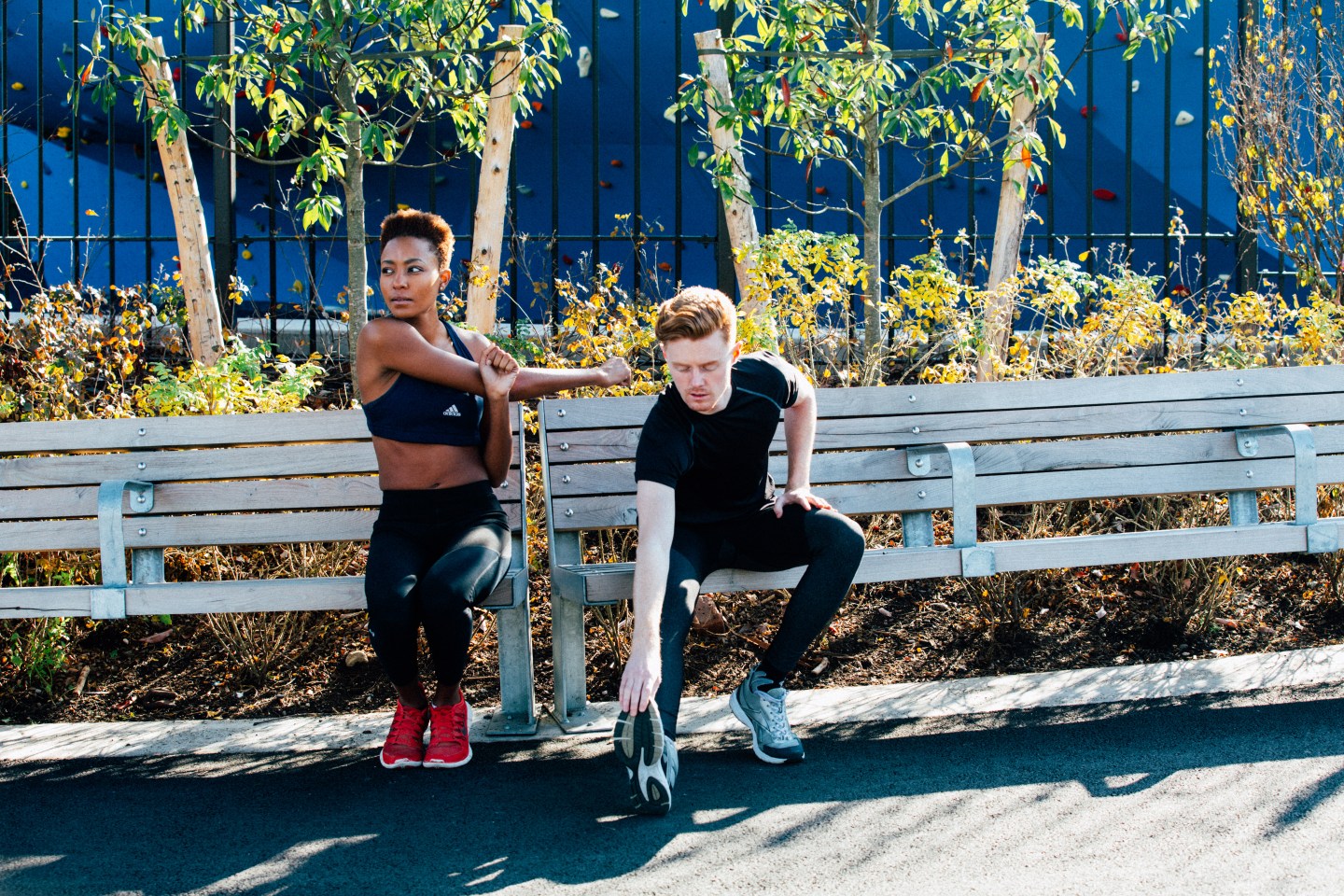 What the hell was I thinking?

Fortune typically assigns me to write about gadgets, video games, and beer. So why, in the name of all that is holy, did I agree to a morning workout with an Olympic medalist at South by Southwest on the day after daylight savings time kicked in.

To fully appreciate my predicament, it helps to know my typical exercise routine. I walk most days for about 45 minutes on a treadmill, but generally my idea of cardio involves going downstairs to grab something salty—or taste something with hops.

Still, there I was on a Sunday morning outside the Texas state capitol in Austin when Keeth Smart strolled up with a smile on his face. Smart, a three-time Olympian and a Silver Medalist for fencing at the 2008 Summer Olympic Games, is also co-founder of Physiclo, a line of smart fitness apparel. His partner in the startup is Frank Yao, a medical student at NYU.

Physiclo is a bit different than other “smart” clothing. It doesn’t focus on measuring your heart rate or come Bluetooth-equipped. Instead, it’s a line of pants with two separate built-in resistance bands that make you push yourself a fair bit harder, burning more calories in the process.

The science behind Physiclo is the resistance built into the garments (available as shorts, tights and capris) work your muscles 25% harder, resulting in an additional calorie burn of 15-40%, explains Smart.

The company is one of many trying to stake a claim in the smart textile and fabric market, which Grand View Research says will hit just shy of $1.6 billion by 2020. Whether the straightforward focus will work for or against it, of course, remains to be seen.

The Physiclo pants are also incredibly snug—and Smart wanted me to wear them while we exercised.

We hit our first roadblock fairly quickly. Changing pants in front of the Capitol seemed like a bad idea—even during SXSW—and nothing nearby seemed to be open. Eventually, I found myself sneaking into the restroom of a nearby church’s pancake breakfast to gear up, and then I hoofed it back over to meet Smart. Even during that short walk, I could feel the resistance. That was just a taste of what was to come.

First up, he said, 20 jumping jacks. While Smart’s a really nice guy, I feel the need to point out that math may not be his strongest subject because we easily did 40 or so. (He sheepishly admitted that he was used to doing 100 and had gotten carried away. I vowed to keep an eye on him moving forward.)

Next up: Mountain climbers. Bracing ourselves on a bench, we pistoned our legs as if we were trying to push the bench forward in 30-second intervals. By this point, I was unquestionably feeling the burn. I was, however, pleased to see Smart had broken a sweat finally as well—though that could have been pity on his behalf.

Knee step-ups were next, designed to get our heart rates up. This is when the resistance in the pants really roared to the forefront. The first 10 to 12 seconds, getting my knees up to my chest level was possible, though difficult. By the end of the rep, it would be generous to say I was jogging in place at a pace equivalent to retirement home resident.

From there it turned into squat jumps, a leap from a standing position on the ground to the seat of the bench we had failed to budge earlier. It was at this point that I began to seriously regret the breakfast tacos I’d eaten earlier. We broke up the jumps with more knee raises.

Determined to finish me off, Smart said we’d wrap things up with two sets of burpees. Just to add insult to injury, he did them a lot faster than me.

In the end, though, I survived. While I was making sounds not unlike those of a whale breaching the water, I did perk up when he told me that our short (short?!?) 20 or so minute workout had burned at least 500 calories. (Take that, breakfast taco!)

The pants themselves are as tight as you’d expect with compression pants—maybe even more so. But they’re good at wicking away sweat, and while you’ll certainly feel them pushing you harder at times, your focus on the additional muscle strain they provide actually fades pretty quickly.

The muscle pain you’ll feel the next day—especially if you’re a beer and video game guy? That may take a little longer to fade.