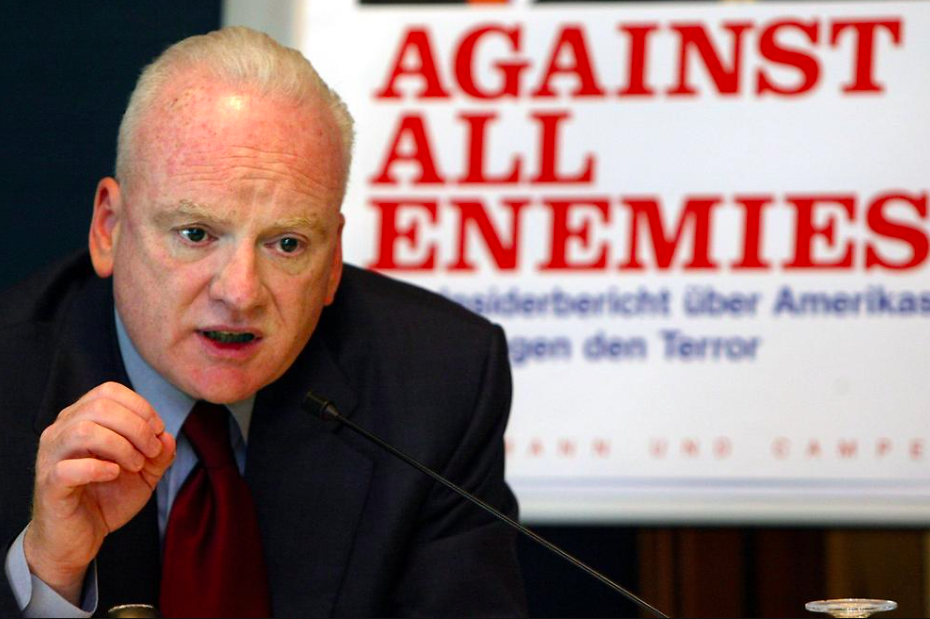 Courtesy of the Free Press

You might think that as the senior counterterrorism official in the U.S. government for nine years, and the man whose warnings of an impending al-Qaida attack before 9/11 were famously ignored by the second Bush administration, Richard Clarke would be sympathetic to the FBI in its standoff with Apple (AAPL) over access to a terrorist’s locked iPhone.

You would be wrong.

“I think the Justice Department and FBI are on their own here,” Clarke told NPR’s David Green on Morning Edition Monday.

“The Secretary of Defense has said how important encryption is when asked about this case. The National Security Agency director and three past National Security Agency directors, a former CIA director, a former Homeland Security director have all said they are much more sympathetic with Apple in this case. You really have to understand that the FBI director is exaggerating the need for this and is trying to build it up as an emotional case, organizing the families of the victims and all of that. It’s Jim Comey, and the attorney general is letting him get away with it.

“If I were in the job now, I would have simply told the FBI to call Fort Meade, the headquarters of the National Security Agency, and NSA would have solved this problem for him. They’re not as interested in solving this problem as they are in getting a legal precedent.

“Every expert I know believes that NSA could crack this phone. They want the precedent that the government can compel a computer device manufacturer to allow the government in.”

Without directly addressing President Obama’s remarks at South by Southwest last Friday, Clark made it clear that he disagrees with the president’s assertion that Apple’s position is “absolutist” and wrong.

“Within the United States government it was decided long ago that there are limits on what we’re going to do in the war against terrorism. Under the Obama administration, for example, we’ve said we’re not going to torture people. We could, at the far extreme, to make the FBI’s job easier, put ankle bracelets on everybody so we’d know where everybody was all the time. That’s a ridiculous example, but my point is encryption and privacy are larger issues than finding terrorism.

“The point I’m trying to make is that there are limits. What this is is a case where the federal government, using a 1789 law, is trying to compel speech. And courts have ruled in the past, appropriately, that the government cannot compel speech. What the FBI and the Justice Department are trying to do is to make code writers at Apple—to make them write code that they do not want to write.”