You Can Now Be Matt Damon in Virtual Reality 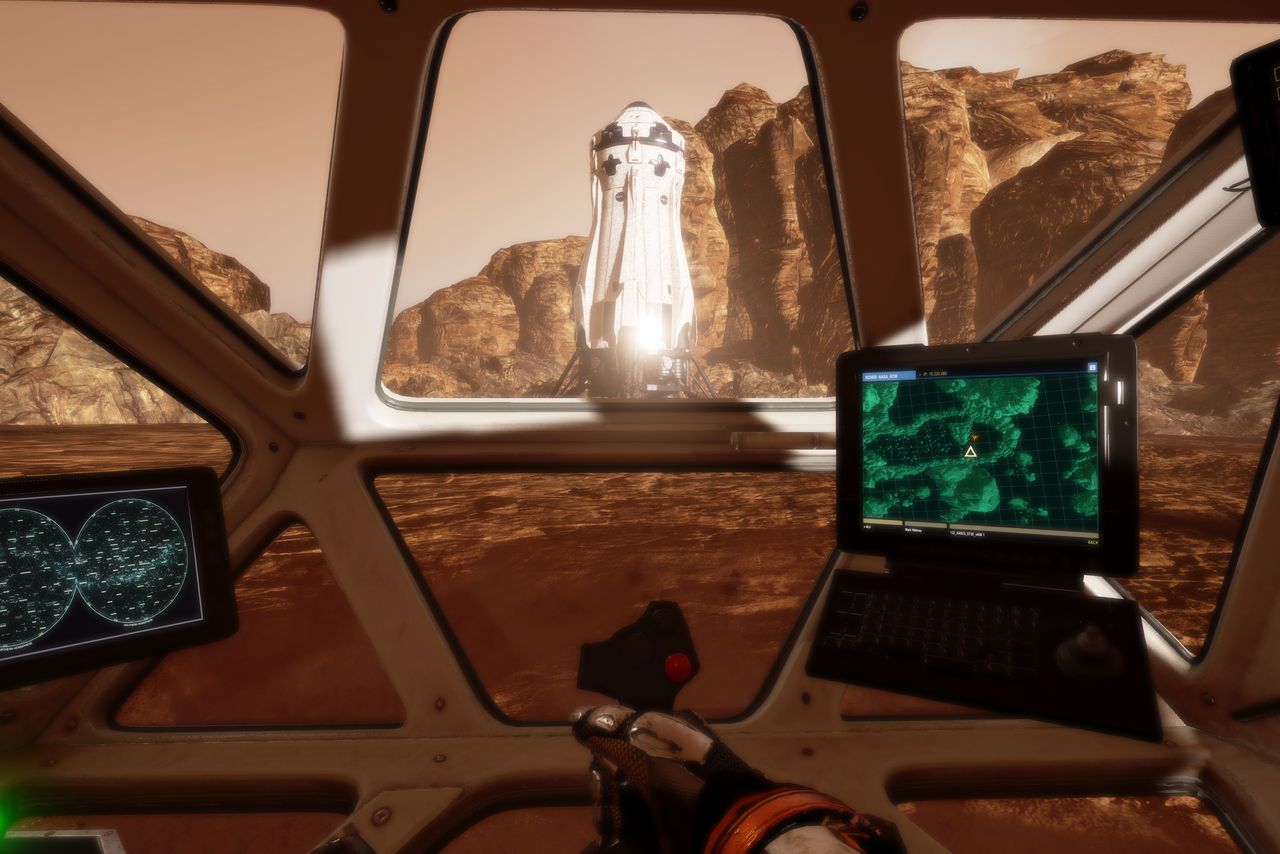 The Martian VR Experience puts players at the center of a condensed version of the film’s story, adding a variety of interactive elements for users to explore the movie world using Facebook’s Oculus Rift and the HTC Vive. Users can drive a rover across Mars, pilot a ship through space, and even play basketball with potatoes through the experience, which offers a 360-degree perspective of the environments.

The virtual reality experience was developed at the Fox Innovation Lab in conjunction with RSA Films and Robert Stromberg’s The VR Company (VRC). Scott served as executive producer on the experience, while Maleficent director Stromberg helmed the project.

Stromberg, a two-time Oscar-winning art director for Avatar and Alice in Wonderland, says he’d been eyeing virtual reality for a long time. But after Facebook (FB) acquired Oculus VR in 2014 for $2.5 billion, he met with Palmer Luckey’s small Irvine team to check out the Oculus Rift. And he started VRC that day.

“Once I met with Fox I realized we all had the same ambition in exploring virtual reality, and The Martian was just entering post-production,” Stromberg says. “We treated the project like a normal film production. I wrote a script that was approved, then worked with The Martian editorial team. While they were cutting the film, we were working on the VR entity. We worked with the VFX (visual effects) companies to get the models from the film in the VR experience, which ended up being very helpful.”

Stromberg says in recent years storytelling has been evolving in video games and the line between cinema and games is becoming more blurred. In addition to building this virtual reality experience with video game technology, Stromberg also enlisted game developer Heavy Iron Studios to make the prototype hand controllers for Oculus and Vive work within the interactive segments.

SXSW ‘Dead Head’ VR Experience Turns You Into a Zombie

“We needed to have hands with complete arms and realistic textures so it feels like it’s your own arms,” Stromberg says. “The best people to do that are the people who understand game controllers.”

The Martian VR Experience grew as the project was in production. The number of interactive elements expanded from three to five, and the length of the experience evolved from 8 minutes to 25 minutes.

“Since it’s the first of its kind in long-format VR storytelling, there were a lot of things we learned along the way,” Stromberg says. “The next project we do will have more experience behind it. And we’ve probably paved the way for many other projects that will do similar things. A year ago there was nothing out here that had been done like this.”

One thing that will definitely change is the role actors play in virtual reality experiences. Because Stromberg and his team began production after Scott had filmed the movie, they had to use 2D scenes from the movie to progress the virtual reality storyline.

“In the future, VR productions will be planned ahead of time and we’ll be shooting our own material,” Stromberg says. “You won’t be watching windows of live action, you’ll be in those moments watching the real actor and then going into the interactive portions.”

There’s certainly an appetite for this type of content. Fox released a free non-interactive sneak peek for The Martian VR Experience last year on Samsung’s Gear VR and it became the third most watched content for 2015.

Mike Dunn’s, president of Fox Home Entertainment Worldwide, says Fox will charge consumers for the full experience. While the price point and release date haven’t been revealed yet, Dunn says pricing will be closer to a film in home entertainment.

Dunn says The Martian VR Experience was slated to launch last year in tandem with the theatrical release of the film, but the HTC Vive launch was delayed until April 5. (The Oculus Rift launches at the end of March.)

“For our movie model, our intent is to have VR experiences day and date with theatrical releases,” Dunn says. “Our company has heard through consumer focus groups that fans want to go beyond the screen, and virtual reality allows us to do this.”