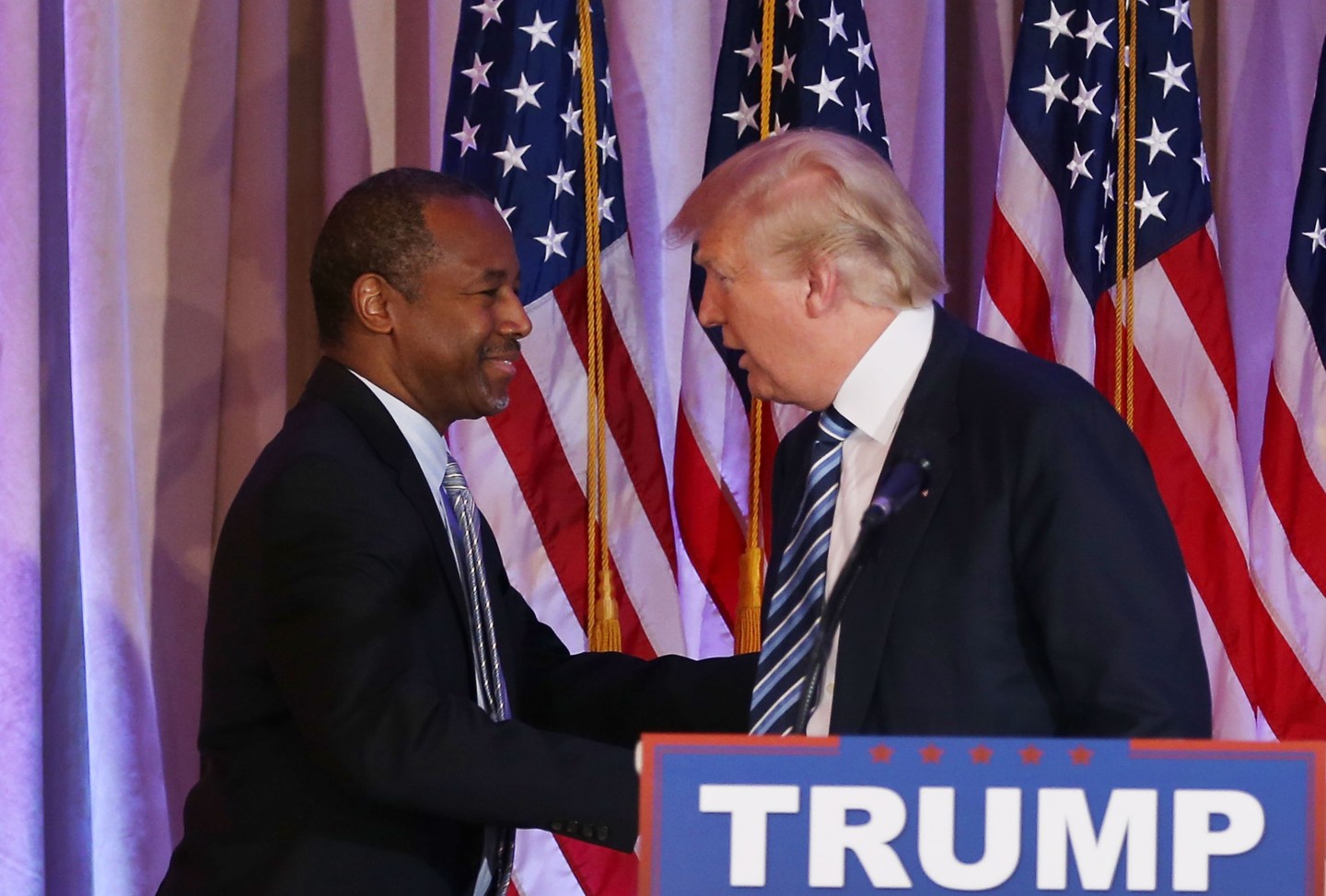 Republican presidential frontrunner Donald Trump won another high-profile endorsement on Friday when retired neurosurgeon Ben Carson became the second former Republican candidate to back him in the race for the White House.

“We buried the hatchet. That was political stuff,” Carson said during a joint appearance with the billionaire businessman at a news conference at Trump’s Mar-a-Lago Club resort Palm Beach, Fla.

“I have found in talking with him, that there’s a lot more alignment, philosophically and spiritually, than I ever thought that there was,” added Carson.

The latest endorsement for Trump followed a CNN-hosted Republican debate in Miami on Thursday night. It gives the New York real estate magnate a boost just days before crucial nominating contests in the battle to be the party’s presidential candidate for the Nov. 8 election.

Republican primaries in five states—including Florida and Ohio—on March 15 will be critical for Trump to cement his lead, and to determine whether U.S. Senator Marco Rubio of Florida and Ohio Governor John Kasich will be able to continue with their increasingly long-shot candidacies.

Trump told Friday’s news conference that Carson had not asked for any formal role, but praised his former rival’s ideas on education. “Ben’s going to have a big, big part.”

Carson, who had some support last year in opinion polls but whose campaign failed to garner backing in the early nominating contests, dropped out of the race last week.

On Friday he said that Trump is sincere in his talk about making America great again, and that he is on board to help him.

Trump began his presidential run as a longshot but has won a string of early primary contests to become clear front-runner. In the process, he has alarmed many in the Republican establishment with his brash style and statements about immigrants, Muslims and free trade.

Candidates need to reach 1,237 delegates in primary contests to win the nomination and Trump’s closes rival is Ted Cruz, a U.S. senator from Texas. Trump has 459 delegates, followed by Cruz at 360, Rubio at 152, and Kasich at 54, according to the Associated Press.

Earlier on Friday, Trump continued to defend comments he made in recent television interviews stating that Muslims hate the United States.

Trump, who has proposed a temporary ban on Muslims entering the United States, told Fox News in an interview: “I don’t have to be politically correct.”

“I didn’t say ‘all’ [Muslims] but boy, there is tremendous hatred there, there’s no question about it, and we might as well recognize it folks,” he added.

For his part, Rubio said in a round of television interviews Friday morning he was still in position to win Florida’s winner-take-all contest next week. Voters in his home state who do not want Trump as the Republican nominee should support him, he said.

“If they don’t want Donald Trump to be our nominee, then voting for John Kasich or Ted Cruz in Florida is a vote for Donald Trump,” Rubio said on ABC’s “Good Morning America.”