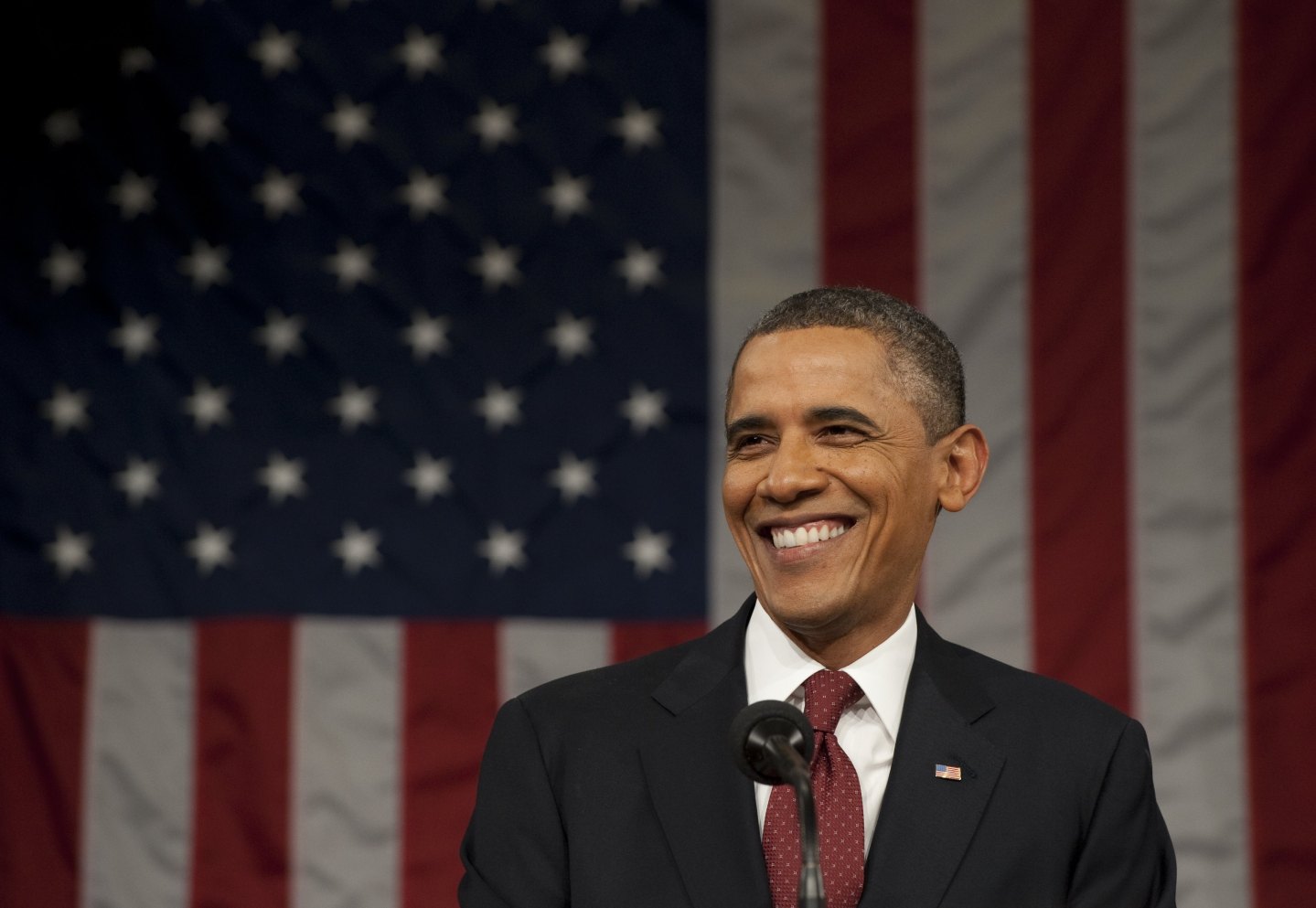 The remaining GOP presidential candidates preparing for tonight’s CNN debate may not approve of the job President Barack Obama has done in his seven years in the White House, but a new poll shows that half of the country would disagree.

The latest weekly Gallup tracking poll shows that 50% of respondents approve of Obama’s performance as Commander in Chief, giving him his highest approval rating since May 2013. Obama, who has roughly 10 months left in office, has seen his approval rating jump by five points since the start of the year. The president averaged 47% approval during his first seven years in the White House.

Not surprisingly, most of Obama’s support among the more than 3,500 adults surveyed by Gallup came from Democratic respondents, with 87% of Democrats approving of the president. Only 11% of Republican respondents view Obama’s work as Commander in Chief favorably, Gallup said on Thursday.

Gallup’s weekly poll surveys “a random sample” of adults across the country, and it includes a margin of sampling error of plus/minus 2 percentage points.