What Every Female Business Leader Can Learn From Nancy Reagan 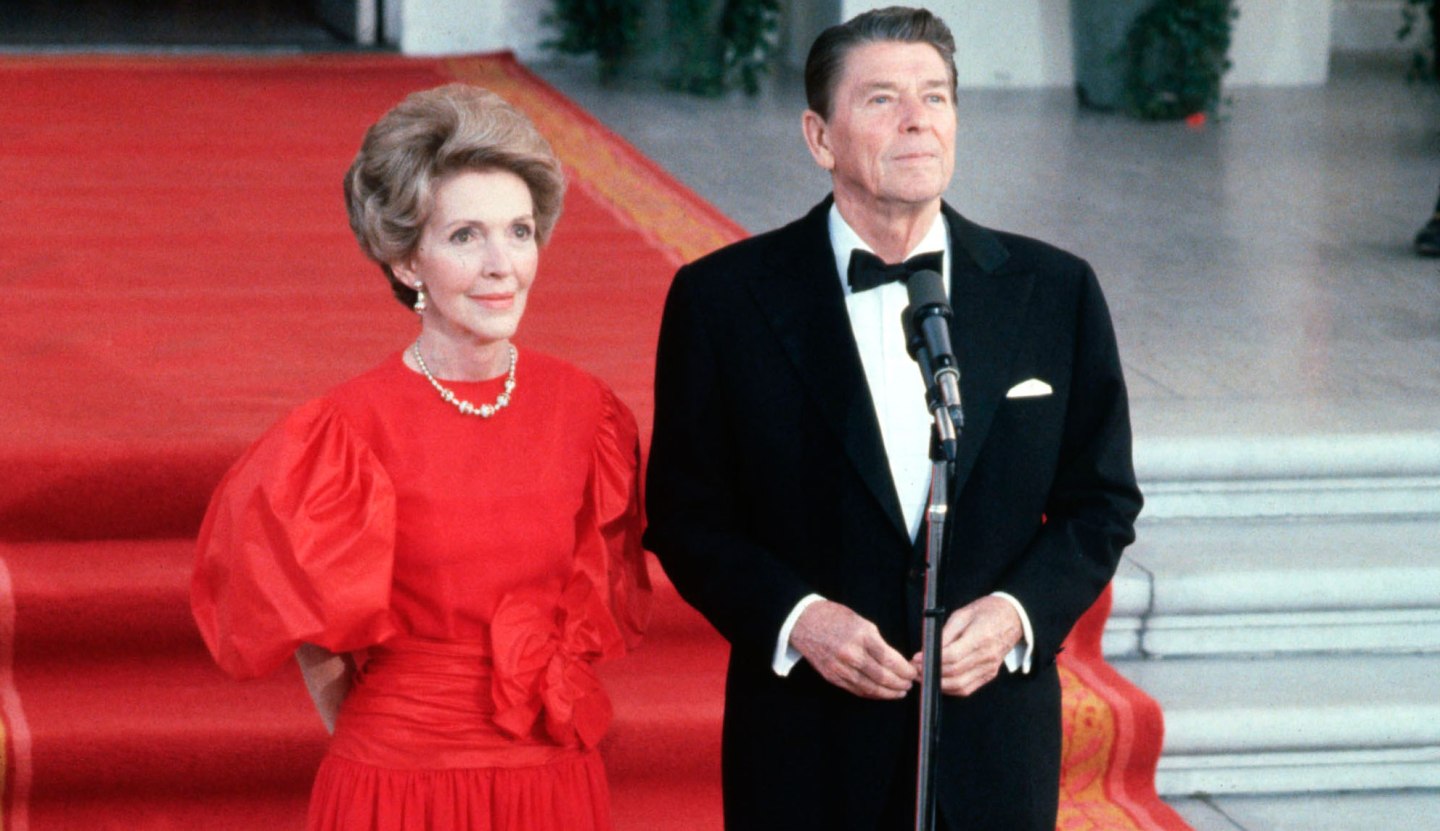 Nancy Reagan was indeed an extraordinary woman, yet she was never elected to public office, wasn’t a CEO at a multi-billion dollar company, and didn’t even have a single superhero power. Yet, we remember her as a woman with extraordinary sensibilities, a strong sense of self, and the ability to live by her convictions.

Every woman business leader, regardless of political leanings, can learn some important lessons from Nancy Reagan’s character traits.

Loyalty
Nancy Reagan embodied loyalty. She was fiercely loyal to her husband Ronald, the 40th president of the United States. She knew how tough his job was and how important it was to support the work of the president as First Lady. Every great leader, be it in politics or in business, has a right-hand person—a strong ally who always has their back. For President Reagan, that person was Nancy Reagan.

Business leaders—male or female—must be equally as loyal—to their company, to their customers, and to the core mission of the enterprise. While it’s great to be the CEO, it’s important to do your part before you get there. Women leaders can serve the organization most effectively by understanding and performing in their current role, providing value every day, and supporting the overall company mission.

Protectiveness
It’s no secret that Nancy was protective of her husband and his legacy. But she was also protective of the country and its “brand.” She cared for people, especially the nation’s children, and wanted the next generation of Americans to live better than her generation. She worked hard to protect the country as a whole, so that the American “brand” was never sullied.

Philanthropy
Nancy Reagan was a generous person. She believed that giving to others was a reward unto itself. She worked with numerous charitable organizations and spent time with veterans, the elderly, the physically and mentally challenged, and those recovering from substance use. She chose to be kind and to help others.

All women business leaders can, and should, embrace the culture of giving and helping others. Leaders at all levels of an organization should be asking how they can give back. That could mean volunteering to rebuild communities impacted by natural disasters, raising funds for local needs, or serving as mentors with community-based organizations across the country. Giving back and being generous—of both your time and skills—is a critical role.

Advocacy
Nancy Reagan never shied away from those things she deeply believed in. She publicly shared her own diagnosis of breast cancer so she could inspire other women to awareness, treatment, and an eventual cure. She also became a strong advocate for stem-cell research as a medical therapy for Alzheimer’s disease, which her husband suffered from for a decade before his death in 2004. She was proud to stand strong and advocate for a brighter future for all through improvements in medical care.

As a woman business leader, you can advocate for those things that your company holds out as its most important goals and attributes. Putting your efforts front and center can inspire others to do the same. It then becomes a unified effort and sparks a team spirit that can’t be dampened. Advocacy on behalf of future leaders in your organization is also critical. Identifying and advocating for training and opportunities for future leaders is how companies succeed over the long haul. How can you better advocate for your company and help assure its long-term success?

You don’t have to be the First Lady, or even involved in politics, in order to make your mark on the world. You can, however, make your mark on your company by embracing the attributes of others who have had great impact on our world by always giving their best and helping others.

Kathy Cody is the chief operating officer of personal lines for Farmers Insurance.