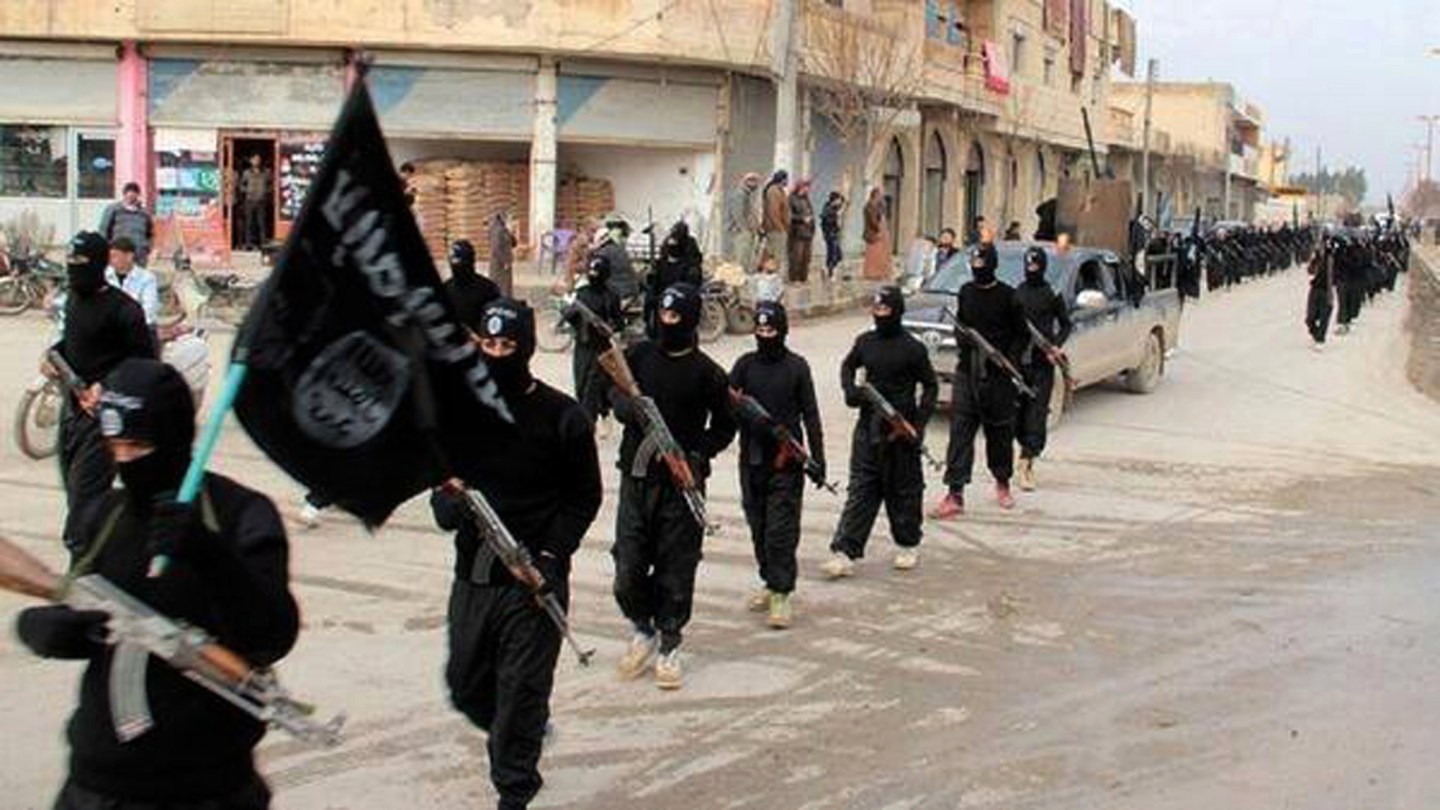 FILE - This undated file image posted on a militant website on Tuesday, Jan. 14, 2014, which has been verified and is consistent with other AP reporting, shows fighters from the al-Qaida linked Islamic State of Iraq and the Levant (ISIL), now called the Islamic State group, marching in Raqqa, Syria. U.S. President Barack Obama on Wednesday, Sept. 10, 2014 ordered the United States into a broad military campaign to degrade and ultimately destroy militants in two volatile Middle East nations, authorizing airstrikes inside Syria for the first time, as well as an expansion of strikes in Iraq. (AP Photo/Militant Website, File)
Militant Website—AP

It’s not just corporations and U.S. government departments that suffer embarrassing data leaks — now ISIS has fallen victim to a leak that could do it a lot of damage.

The news organization got the files on a USB stick that was stolen from the head of ISIS’s security police by a member who became disillusioned, Sky News said.

The leak includes the details of many known ISIS fighters, but also many people who were not previously known to have joined the group from Europe, North America, the Middle East and elsewhere.

Some of these people may have returned home after going through ISIS’s bureaucracy, making the documents — if real — of intense interest to authorities around the world. Sky News said it has informed the authorities of what it has.

The article theorizes that many of the phone numbers in the documents will be currently used by the ISIS members themselves, which will prove extremely useful to agencies that can monitor such things. One of the files in the cache apparently identifies recruits who are willing to martyr themselves.