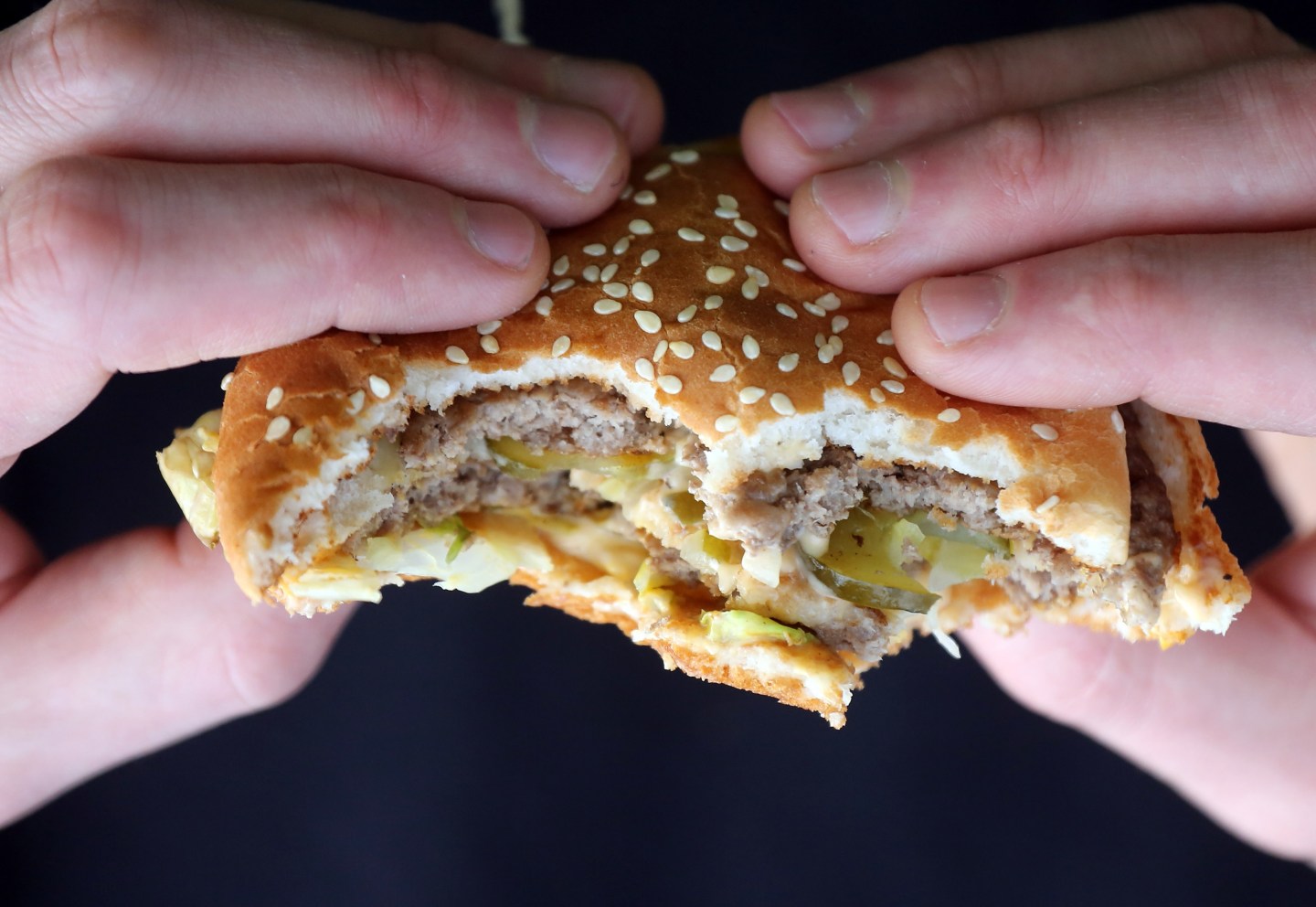 BRISTOL, ENGLAND - JANUARY 07: In this photo-illustration a man holds a burger purchased from a fast food outlet on January 7, 2013 in Bristol, England. A government-backed TV advert - made by Aardman, the creators of Wallace and Gromit - to promote healthy eating in England, is to be shown for the first time later today. England has one of the highest rates of obesity in Europe - costing the NHS 5 billion GDP each year - with currently over 60 percent of adults and a third of 10 and 11 year olds thought to be overweight or obese. (Photo by Matt Cardy/Getty Images)
Photograph by Matt Cardy—Getty Images

We all know fast food chains aren’t the highest caliber restaurants, but they continue to serve millions of people each day. With such large operations, mistakes are bound to happen. Here are seven of the biggest, and most entertaining, fast food fails.

A customer discovered what he thought was a brain in his chicken and corn. When he contacted the chain requesting a refund, a KFC official told him it was most likely a gizzard or kidney and it was edible.

Do you have to pay extra for the cheese in your mozzarella sticks @McDonalds ? pic.twitter.com/5Gu4wflDKZ

Shortly after the chain began offering mozzarella sticks on its McPick 2 menu, Twitter noticed that they were missing a key ingredient—mozzarella. Customers shared pictures of what was essentially just hollowed out breadcrumbs, though a McDonald’s spokesperson explained to BuzzFeed that it was likely because the cheese melted out during the baking process.

Waited all this time since october to hit Chick-fil-A and it's CLOSED! 😠😠😠

Chick-Fil-A opened its first New York City location in October, and barely even made it through the holidays. The chain closed down for a week after receiving a poor grade for an inspection on Christmas Eve that revealed numerous health violations.

Burger King has a halloween whopper & it just looks gross. Who wants to eat a black bun..

When Burger King released a Whopper with a black bun, people were very confused. When they actually tried it, they were even more confused, because the scariest thing about the Halloween Whopper was what happened when it came out.

If you think you’re having a bad day, try working at a Wendy’s in Florida. A customer was accused of throwing a live alligator through a drive-thru window in Royal Palm Beach. Luckily the animal didn’t appear to be injured and was released in a nearby canal.

Some Tim Horton’s employees went to work to find their locations had closed down, and a few customers were mid-bite when the lights shut off. It turned out that the Canadian chain had shut 21 stores in New York and Maine without telling anyone.

When a customer went to use the bathroom, he discovered that it doubled as a storage room for hot dog and hamburger buns. Understandably, he left the restaurant without buying anything. When his Facebook post became a PR nightmare, the company insisted that it was an “innocent mistake.”