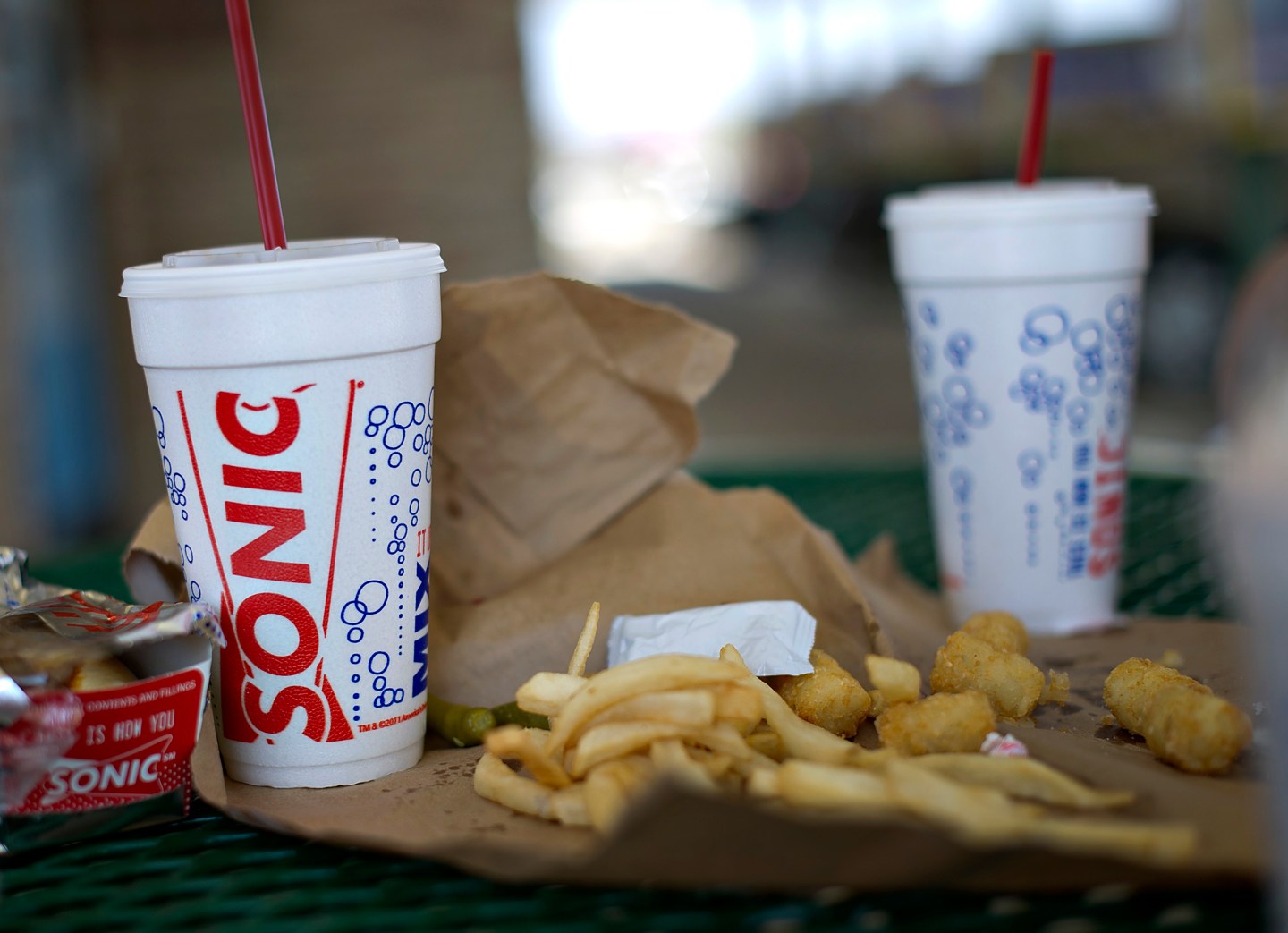 Food sits on a table outside of a Sonic Corp. drive-in restaurant in Normal, Illinois, U.S., on Tuesday, March 20, 2012. Sonic Corp. is scheduled to release earnings data on March 21.
Photograph by Bloomberg via Getty Images

A customer at a Sonic fast food restaurant in Topeka, Kansas decided to skip the burger when he found buns being stored in the bathroom, Consumerist reports.

Josh Benteman was visiting Sonic restaurant when he went to use the facilities and was surprised to find hamburger and hotdog buns in crates scarily close to the toilet. So, of course, he took an image and posted it to Facebook.

“Welcome to the bathroom in Sonic,” Benteman wrote for the caption. Unsurprisingly, he said that he and his family left the restaurant without buying any food. Benteman added: “I then took the picture cause I wanted to show my wife. We left Sonic shortly after that and did not order any food.”

Sonic told the Topeka Capital-Journal that it was an “innocent mistake” made by an employee and that the buns were thrown out.

Social media mishaps have caused publicity nightmares for fast food companies in the past and ultimately risk impacting sales. Back in 2012, a photo appeared online of a Burger King employee stepping on lettuce. In 2013, a Taco Bell employee was photographed licking a stack of taco shells.