This Robot Aims to Improve Your Hotel Stay 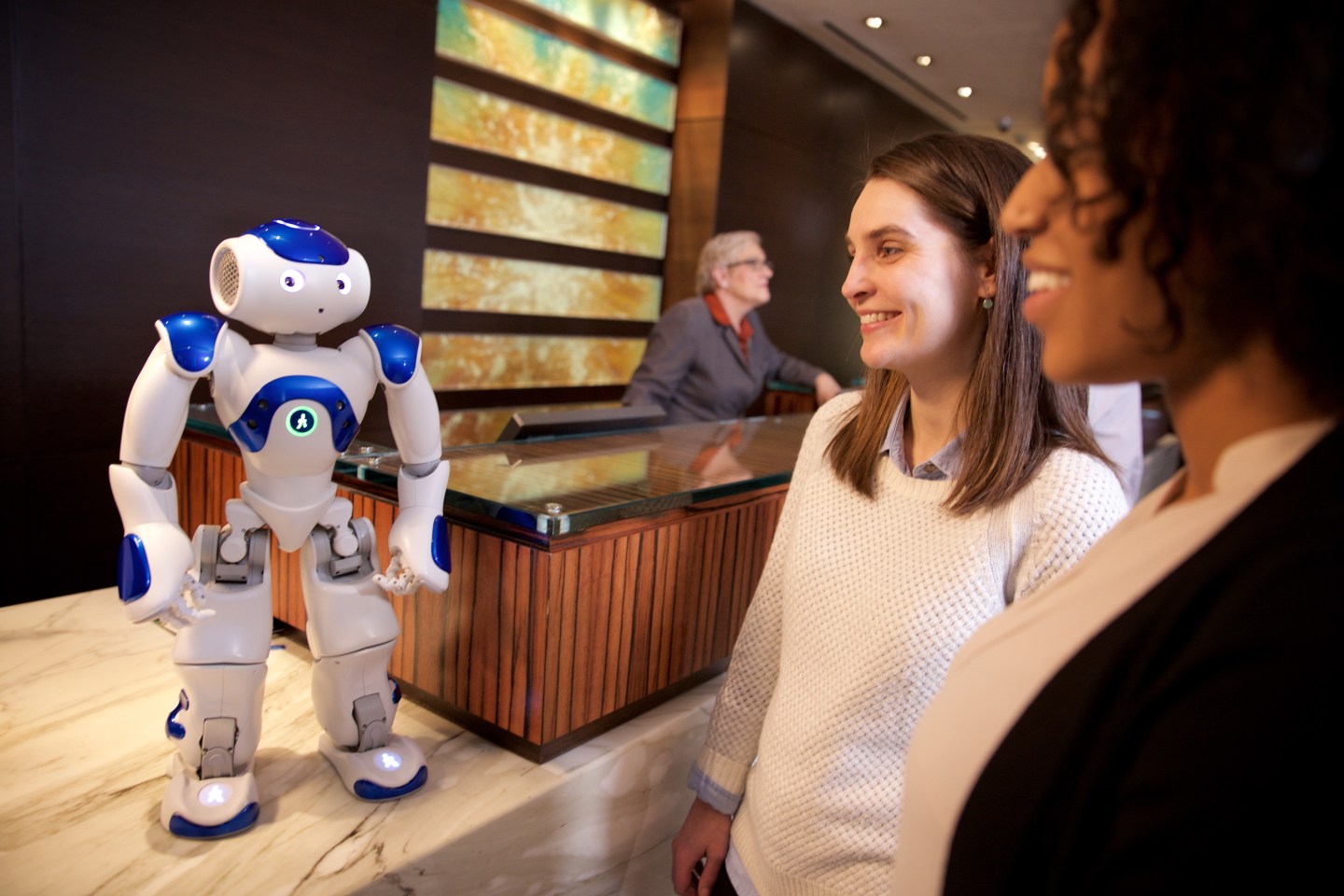 If you’re staying in the Hilton McLean in Virginia, you may get a glimpse of the future of the hotel industry in the form of an almost 2-foot-tall robot made by a French company called Aldebaran. This version of the $9,500 Nao robot goes by the name of Connie. (It’s named in honor of Hilton founder Conrad Hilton.)

Unlike the hotel in Japan where guests are checked in by a robotic velociraptor, the Hilton McLean isn’t turning to Connie as a gimmick. Jim Holthouser, executive vice president of global brands for Hilton Worldwide (HLT) says this is simply a case of the hotel chain experimenting with robotics and artificial intelligence to understand how they might help guests and staff.

“In the hotel business we’re in a mature, competitive environment and innovation is key,” Holthouser said. “But it has to be purposeful innovation. We’re not out to test things to be gimmicky and cute. That buys you nothing at the end of the day in market like this.”

Connie has been at her post in the Hilton McLean lobby less than a month, and Holthouser is still unsure how the hotel chain plans to even evaluate the effectiveness of the robot. He stressed that this was a trial, not something guests will see popping up at Hilton properties anytime in the near future. If Hilton does decide to expand its use of the robot, Holthouser thinks it will likely be more useful in the “larger, more complex” properties.

Connie uses a combination of IBM’s (IBM) Watson cognitive computing services to understand queries and to answer people’s questions. The robot can also respond to people’s facial expressions and learns based on the interactions it has.

For more on IBM’s efforts to innovate, watch:

Holthouser says that if the robot can help reduce the almost 150 routine questions front-desk staffers might get each day and let them check in guests faster, while also providing a little fun for guests, then for now Connie is a win. He doesn’t foresee a loss of jobs anytime soon from the robot, noting that Connie or her electronic ilk aren’t about to replace human staffers.

He said that Connie is fun to interact with, and so far guests enjoy the robot, but getting it set up takes time. Hilton and IBM have worked together to feed Connie information about the hotel as well as worked with a company called WayBlazer to build out a list of things to do in the local area. Holthouser says, “It’s a little bit like a puppy—you gotta spend some time training it.”