In the Cloud, Google Jockeys for Position 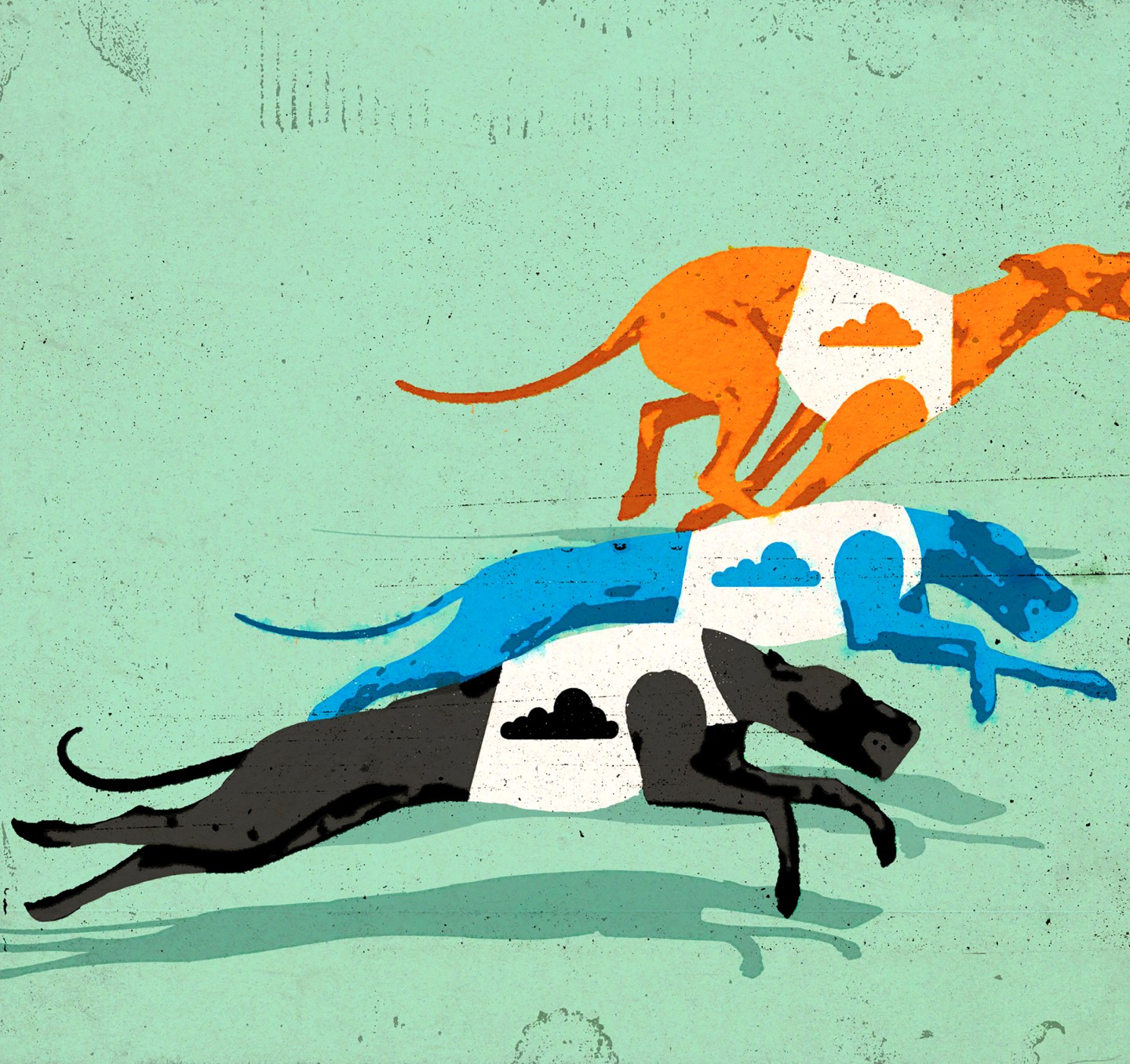 How big is the cloud business? Big. Really big. The global market for public cloud services will grow 17% to $204 billion this year, estimates market researcher Gartner, more money than General Motors (GM) makes in a year.

The growth is a sign that businesses increasingly opt to keep their websites, applications, and services on another company’s computers in a bid to speed operations and save money. It’s also evidence of just how big the opportunity is for companies in the technology industry.

Amazon (AMZN), the market leader, knows this well. Its Amazon Web Services dominates, with a 29% share of the cloud services market, according to Synergy Research. Microsoft (MSFT) does too. Its up-and-coming Azure platform claims another 12%. IBM (IBM) rounds out the top three with 7%.

For more on Amazon Web Services, watch this Fortune video:

And then there is Google (GOOG). The company’s own set of cloud services, dubbed Google Cloud Platform, has attracted attention for features such as automated discounts based on utilization. Google has 6% market share. But compared with its peers, it lacks a key attribute: big business customers.

Google is a formidable technology player by almost any measure. It rakes in billions of dollars of revenue from its digital advertising businesses. It pushes boundaries with self-driving cars and Internet-connected contact lenses. But its reputation for being a consumer-oriented company has hindered its ability to attract enterprise customers to its cloud-computing offering. Google Cloud Platform is a science project at best, critics say. It’s not something on which to bet a business.

“When will Google realize that cloud is more than an engineering problem?” asked Charles Fitzgerald, a former Microsoft executive turned technology consultant, in a January blog post. “If Google wants to build a real business where customers depend on it, it will have to do some critically important but mundane things that don’t involve algorithms. Worse, it will likely involve fickle humans.”

The company has already begun making moves. In November, Google named VMware (VMW) co-founder Diane Greene as senior vice president of its enterprise businesses. Her hire (and scheduled keynote at the Google Next conference in San Francisco later this month) sends an important signal to the industry: Google is deadly serious about the enterprise cloud. For prospective customers who are used to seeing Google launch and kill promising projects, it’s a welcome message.

“Next will highlight the continued evolution of our customer offerings and bring more opportunities for businesses to make a seamless transition to the public cloud,” says Carl Schachter, vice president and head of global business for the Google Cloud Platform.

Google’s entry into the public cloud infrastructure business in 2012 was inauspicious at best. Microsoft had two years’ headstart on the company. Amazon had six. As Google tinkered with different components of its eventual cloud platform, Amazon Web Services racked up thousands of startups and small-business customers and used them to eventually win over larger corporate accounts.

For more on Google, watch this Fortune video:

Meanwhile Microsoft, fully aware of its long-standing corporate relationships, developed a “hybrid” cloud strategy—put some things on its computers; keep other things on your own—that won over corporations afraid to stash everything in an Amazon-style public cloud. (Even today you can’t run Amazon cloud services anywhere but in Amazon’s own cloud.)

Fast-forward to 2016, and Google is in an unusual position: underdog. To compete with Amazon and others, it must build not only the cloud technologies that large corporations need but also the customer support services that they want. It’s a knotty challenge for a company built to code, not comfort.

Dharmesh Thakker, a managing director at Battery Ventures who focuses on enterprise technology, says Google was “blowing smoke” about its enterprise cloud portfolio last year. This year is different—in part because Amazon finally exposed just how powerful its cloud business really is. For its fourth quarter, Amazon Web Services logged a profit of $687 million on cloud services sales of $2.4 billion. The $10 billion run rate on Amazon’s cloud business is just the spark that Google needs to light its competitive instincts.

Google will eventually win significant cloud business, Thakker says. In the meantime it can take advantage of its trailing position and play on latent uneasiness among execs who worry about placing too much of their budget into one company’s cloud.

“Our strategy,” says the chief technology officer of a large company with ties to both Amazon and Google, “is to avoid lock-in to Amazon as much as possible.”

A version of this article appears in the March 1, 2016 issue of Fortune.