6 Weird Cereal Brands that Will Make You Nostalgic 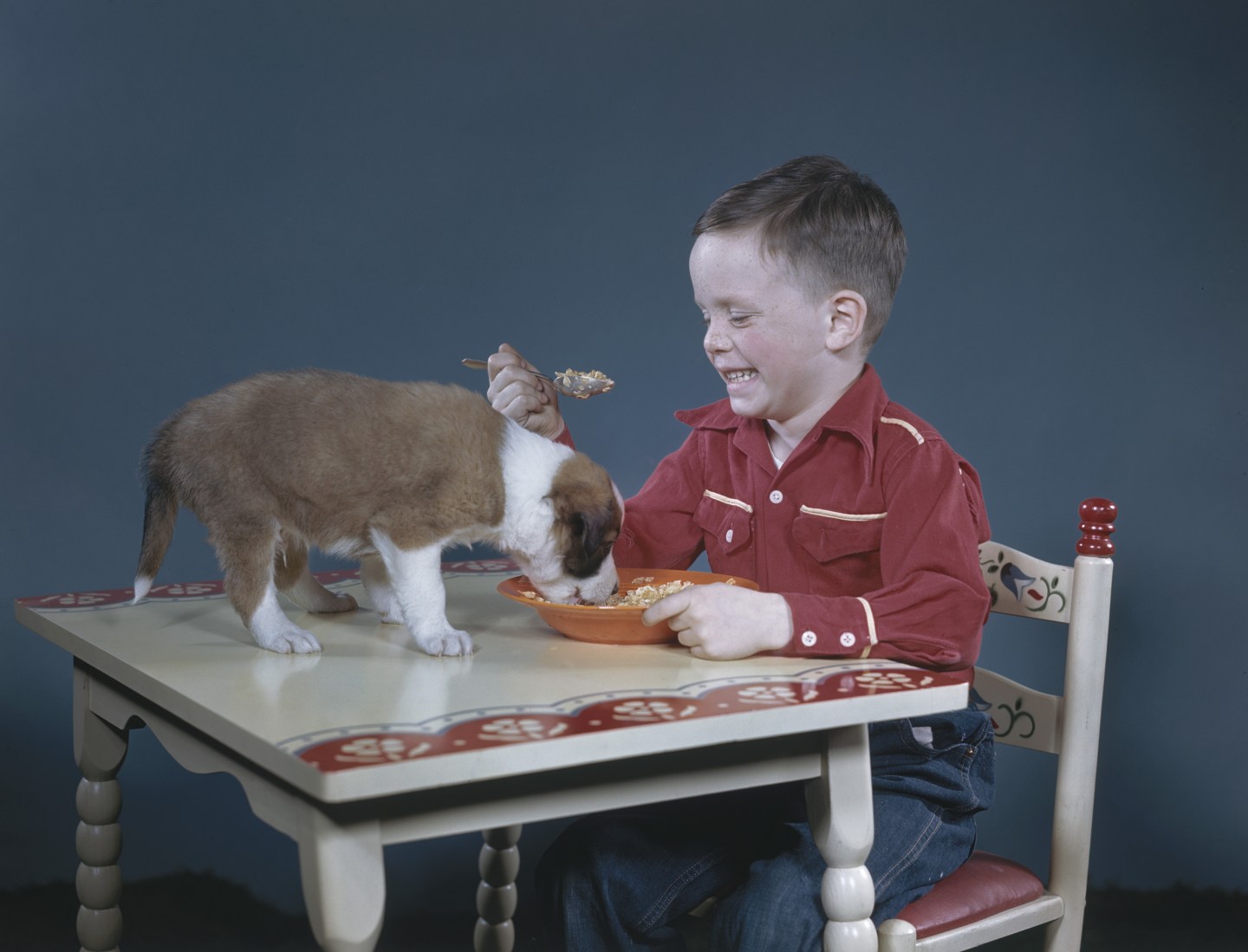 A young boy sharing his bowl of cereal with his puppy, 1949. (Photo by Harold M. Lambert/Getty Images)
Photograph by Getty Images

There’s little doubt that cereal consumption has been declining in recent years. The Times reported that sales, which hit $13.9 billion in 2000, had fallen in 2015 to about $10 billion. Part of the decline is due to the move away from carbohydrates. Part of it is due to the expense. More people are eating breakfast sandwiches, smoothies, and yogurt.

And part of it may just be laziness, according to an article in The New York Times. Nearly 40% of millennials, the article noted, consider eating cereal “inconvenient” because of the “clean-up” involved. There is some question as to what the statistic, derived from a report by the market-research outfit Mintel, actually means. Neither the article nor the Mintel report drew a direct line between it and lower cereal consumption. It could be that some overworked millennials find the clean-up burdensome, but eat cereal anyway.

Still, it’s worth noting on National Cereal Day, that cereal is no longer the go-to breakfast food.

Gone are the days when simply putting a sports star on a box — as General Mills’ Wheaties famously did with Bruce Jenner in the 70s — would rack up sales. (After Jenner’s transformation into Caitlyn Jenner, an unopened box of Jenner-fronted Wheaties sold on Ebay for $400 last year.)

Gone, too, are the days when cereal could be easily sold with crazy names, wacky packaging, weird flavors, or, certainly, scoops and scoops of added sugar. But millennials are just as given to nostalgia as the rest of us are, and, as the New York Times article noted, few products are as nostalgia-inducing as breakfast cereal. Here are six discontinued cereals sure to make even the most cynical child of the 80s wistful for a simpler time.

In the 80s, cereal makers were not averse to turning candies and desserts into breakfast cereal (Cookie Crisp was introduced in 1977, and really took off in the 80s. Incredibly, it’s still on the market). It’s hard to imagine anyone trying to introduce something like Nerds today.

Nerds, from Ralston-Purina (now Ralcorp, a subsidiary of Con-agra (CAG)) was based on the tangy candy of the same name. Introduced in 1985, the cereal not surprisingly lasted a few years; a tangy breakfast cereal is an acquired taste. It also got a lot of attention (and may have been more discussed than consumed), and today there is actually a Facebook page dedicated to trying to get the cereal back on the market.

The 80s saw the rise of cross-marketing. Cereals were named for movies, cartoon characters, TV shows, and videogames. The latter category saw a proliferation of cereals named for Donkey Kong, Super Mario Bros., Pac-Man, and others.

The most meta of these brands was Nintendo Cereal System, which was named for a gaming system. Introduced by Ralston in 1988, the cereal featured characters from Mario Bros. and Legend of Zelda. Boxes were divided into two compartments, each with characters from the two games. It doesn’t seem to have lasted long, but it apparently made enough of an impression that it now has its own Wikipedia page.

It’s hard to overstate how popular Mr. T was in the ’80s. After gaining fame in “Rocky III” in 1982, the muscled star reached megapopularity by starring in “The A Team,” which ran from 1983 through 1987. In 1984, Quaker Oats introduced his namesake cereal, basically a Cap’N Crunch knockoff in the shape of a “T.” In the 1985 movie “Pee Wee’s Big Adventure,” the eponymous character imitated Mr. T’s signature “I pity the fool” line while pouring the cereal over eggs and pancakes.

It seems like Kellogg might have been a little late to the “Star Wars” party when it introduced C-3POs (“A crunchy new force at breakfast”) in 1984, a year after the release of “Return of the Jedi,” the last “Star Wars” movie until the 90s. Anthony Daniels, who played the shiny, fussy droid, appeared in a TV commercial for the product featuring a cereal box flying around like a space cruiser.

Cereal makers have toggled for decades between selling sugar- and gimmick-laden cereals on one hand and, on the other, selling cereals based on their supposed healthfulness. Body Buddies, introduced by General Mills (GIS) in 1983, was one of the latter category, aimed at kids (and their parents). The advertising centered around health and exercise, and featured a group of characters called — you guessed it — The Body Buddies. Not that taste and sweetness were eschewed entirely, of course — Body Buddies came in two varieties: Brown Sugar & Honey, and Natural Fruit Flavor.

The Smurfs dominated the Saturday morning airwaves throughout the 80s, so of course they got their own cereal. Post introduced Smurf Berry Crunch in 1983. Unsurprisingly, it proved popular, not only because of the cartoon show, but also because it turned milk blue in the bowl. In 1987, the cereal was reformulated as Smurf Magic Berries, which contained marshmallows. The animated series left the air in 1989, and both Papa Smurf and blue-tinted milk are distant memories now.