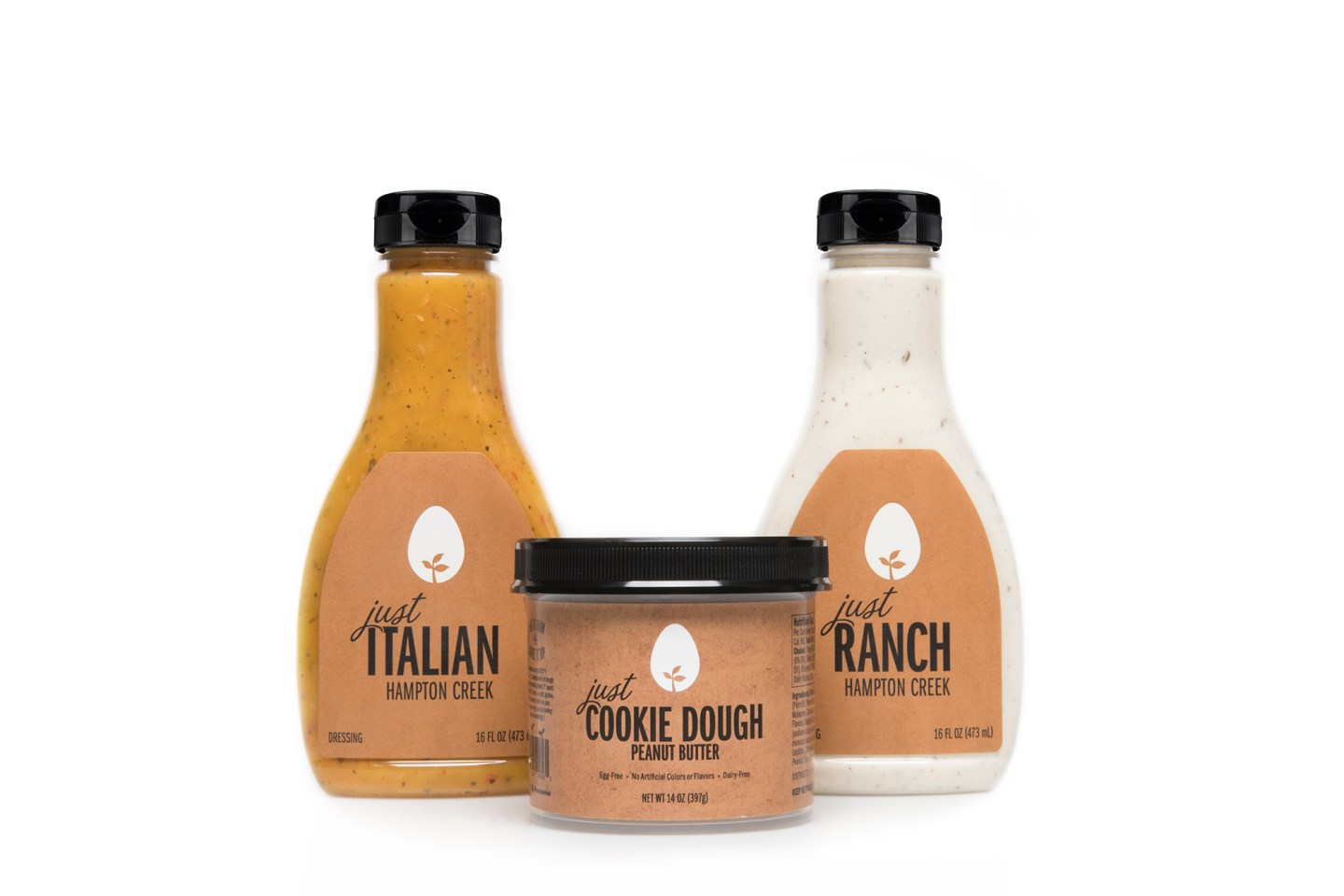 Hampton Creek, the startup best known for its egg-free Just Mayo, is moving beyond the sandwich spread.

In addition to the chocolate chip cookie dough, Hampton Creek currently sells only four other products in retail stores: original, sriracha, chipotle, and garlic mayos. Thirty-eight of the 43 new products are not mayos. “Our ambition has never been to be a mayo company,” Tetrick tells Fortune. “Mayo opened a door that said this is who we are, this is what we stand for.”

Hampton Creek focuses on using the properties of plants for different functions in its food—an approach it says is better for the environment and healthier for consumers. For example, the company found a particular varietal of sorghum that worked well as the binder in its pancakes, cookies, muffins, brownies, and cakes. Sorghum is a little bit sweet, so the company didn’t need to add as much sugar to those items.

Or take its original product, Just Mayo, which is made without eggs—an ingredient in the standard definition of mayonnaise. (The lack of egg prompted Hellmann’s parent Unilever to sue the startup for false advertising in 2014, before dropping the case). “Our whole goal is to think differently about food,” Tetrick says.

Hampton Creek has earned a reputation for replacing eggs with plant-based ingredients, like pea protein, but Tetrick says some of the new products don’t have anything to do with the egg at all, such as the company’s vinaigrette. Tetrick says it was developed through the company’s work on emulsions and stabilizing products “without putting a lot of junk” in them—what Tetrick says are “less of the ingredients people don’t like to read.”

The company is also taking a different approach to the food business. Its five-year global agreement with food service behemoth Compass Group—which serves meals in venues like offices and universities—has given Hampton Creek guaranteed volume, fueling its expansion into retail. Most companies “either ignore food service or start with retail,” Tetrick explains, “but for us it made sense to start there.”

Hampton Creek has tried to brand its products in places like corporate and college cafeterias, putting its logo on packaging for its products, including cookies. The strategy is something of an aberration in the food service industry, where most brands are invisible.

The vast majority of Hampton Creek’s new supermarket products are already available in cafeterias and the like. The company also has existing relationships with retailers like Walmart and Target thanks to its Just Mayo. “We’re really attempting to link all of these things together,” Tetrick says. A student might buy a Hampton Creek cookie in their cafeteria, he explains, and receive a coupon for the company’s products at a local Target or Walmart.

The launch in Target and Walmart, two of the country’s biggest retailers, brings Tetrick closer to his goal of making food that’s better for the environment accessible to more than just the health food store crowd. He notes that while there is a “trend toward conscious consumerism,” goods have to be accessible to consumers in mainstream stores to have a true impact.

In addition to retail and food service, the third piece of Hampton Creek’s business model coming in September is e-commerce. Tetrick says consumers will eventually be able to buy Hampton Creek’s goods directly on its website, which will also help the company test new items. He notes that the startup currently has more than 500 products in the pipeline, including bread, cheese, pasta, and meat alternatives.